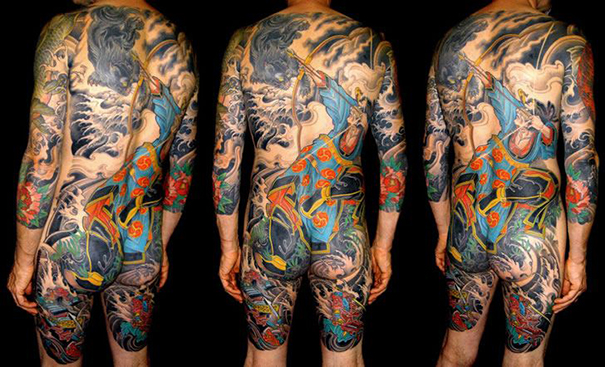 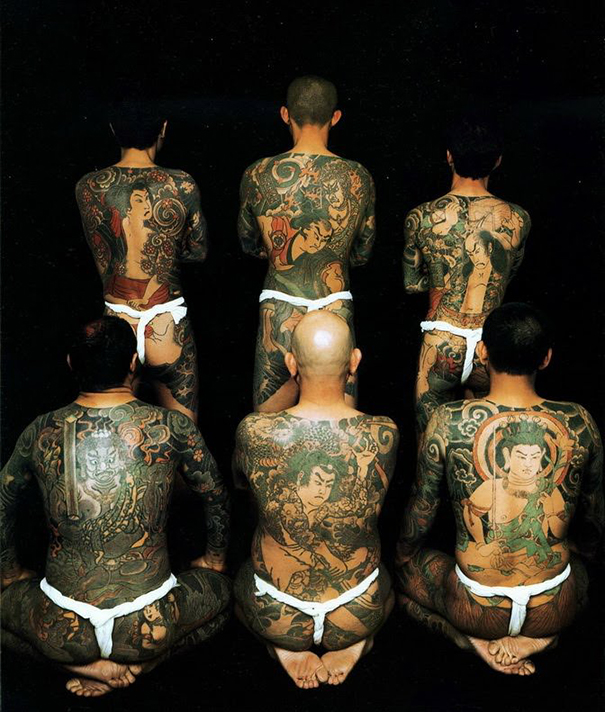 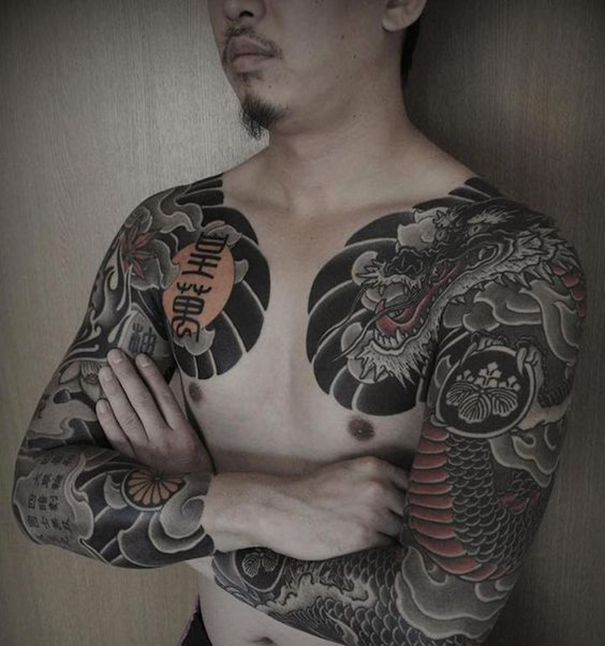 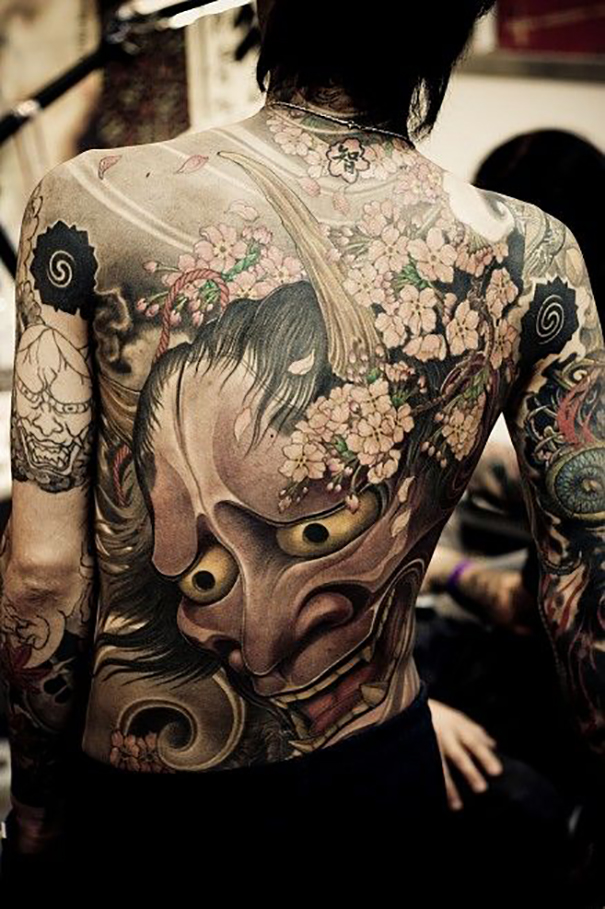 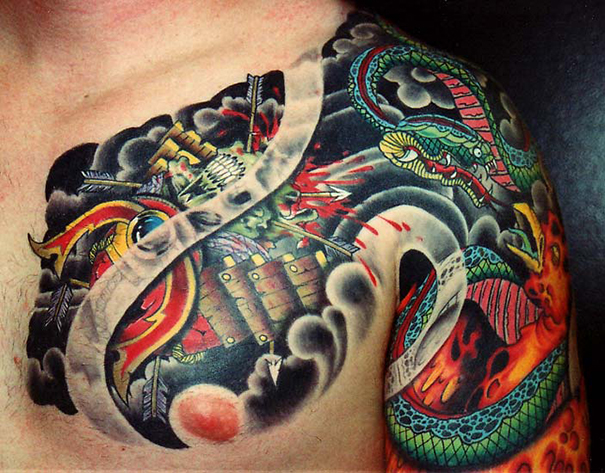 Traditional Japanese tattoos were used to mark social status and class. Of course, only those of higher class could get a huge tattoo with impressive animals, flowers, leaves and other mythical scenes. Originally, there were strict rules about wearing a traditional tattoo and the one wearing Japanese tattoo should have been responsible for it. Today, rules are less strict. Moreover, Japanese tattoo style was the very first decorative tattoo style in tribal tattooing.

Every single sign in Japanese tattoo has its meaning. Thus, one of the most frequently seen detail in Irezumi is fiery colorful dragon, the symbol that is so often seen in Japanese culture. Dragon tattoo symbolizes wisdom and strength, generosity and knowledge. 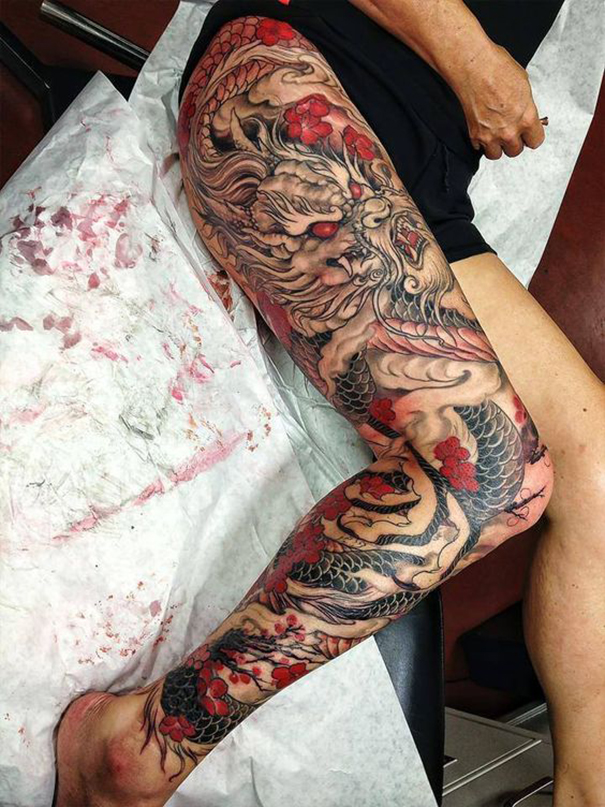 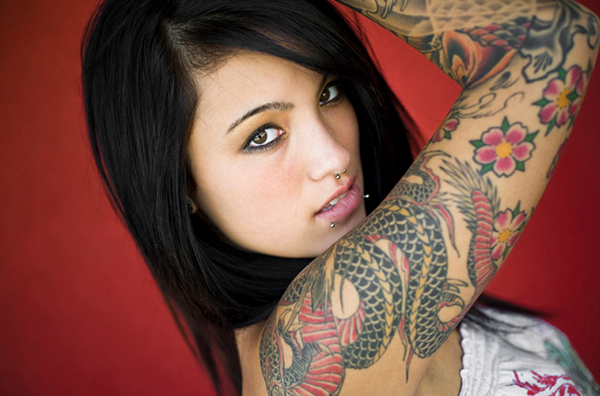 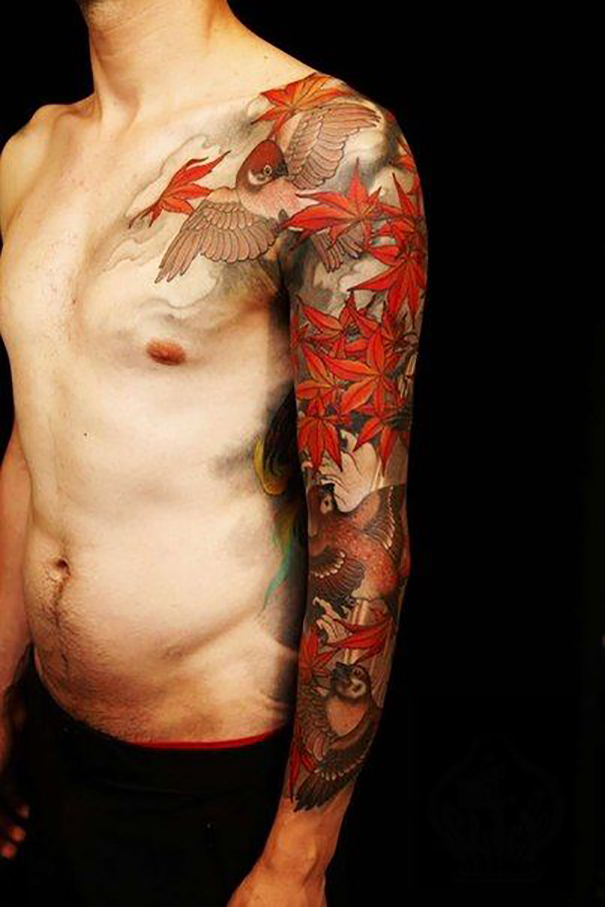 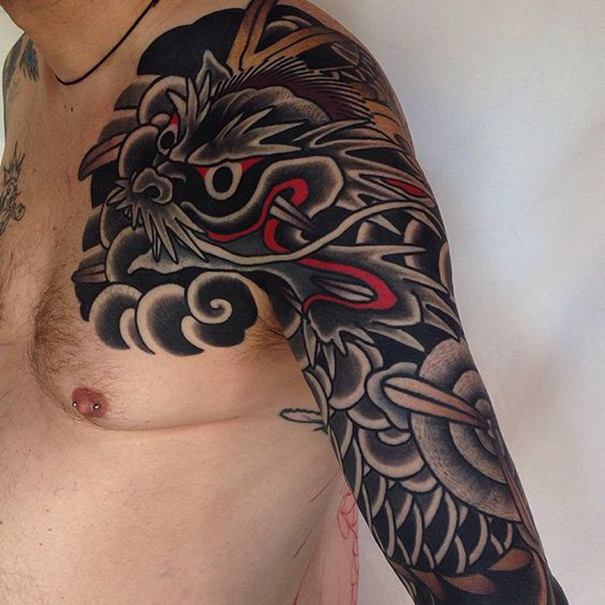 Next popular detail in Japanese tattoo is koi fish. It symbolizes strength, courage and determination. Koi fish swims against the current and this is the symbol of determination and the patience. Koi fish are pictured in bright colors that look fantastic when combined with water details. 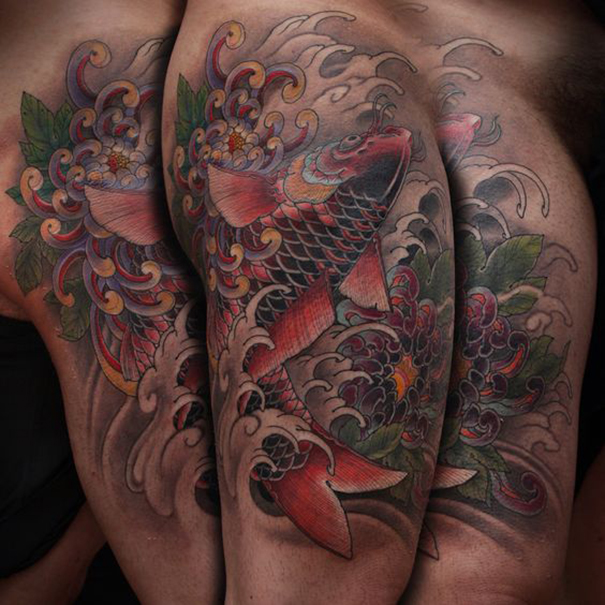 Tiger tattoo is a sacred animal in Japanese culture and wearing tiger tattoo has very special meaning. It symbolizes strength, luck and courage. 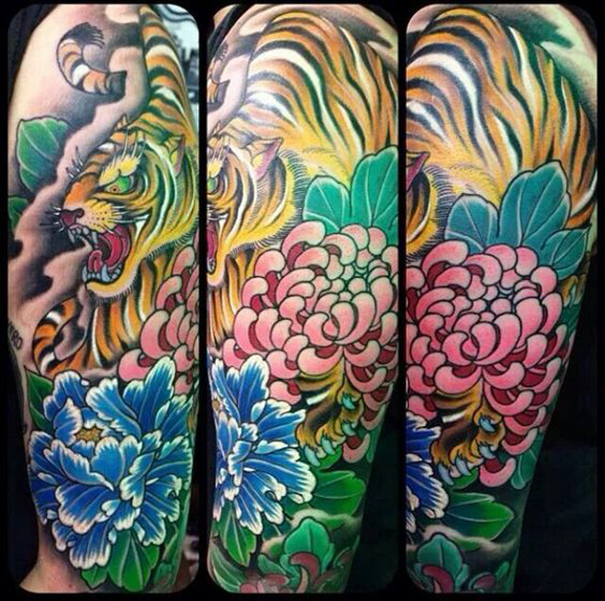 In spite of its traditional negative meaning, skull in Japanese tattooing symbolizes life circle. It is associated with life changes. 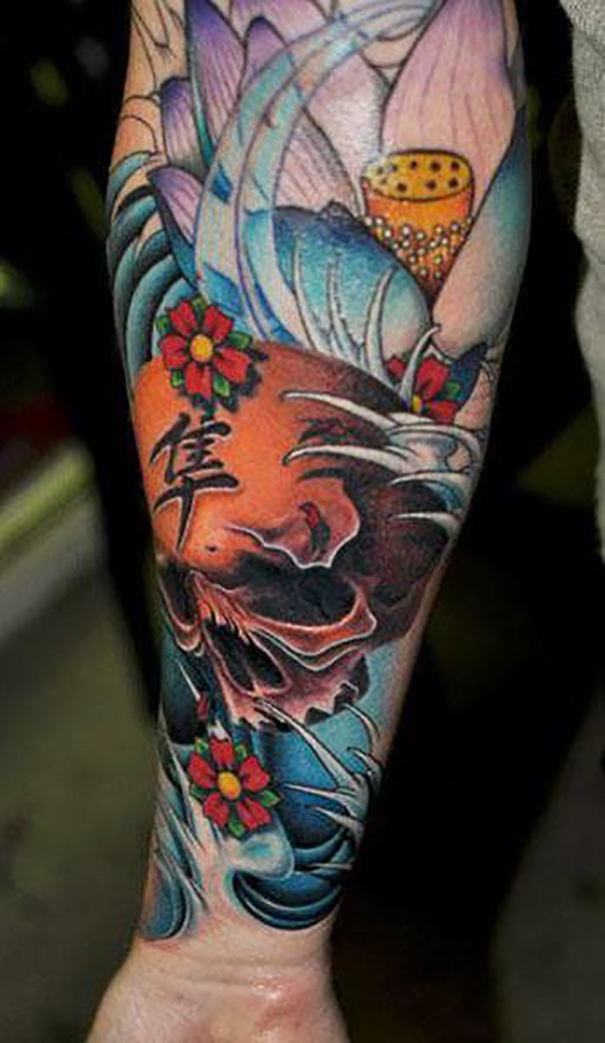 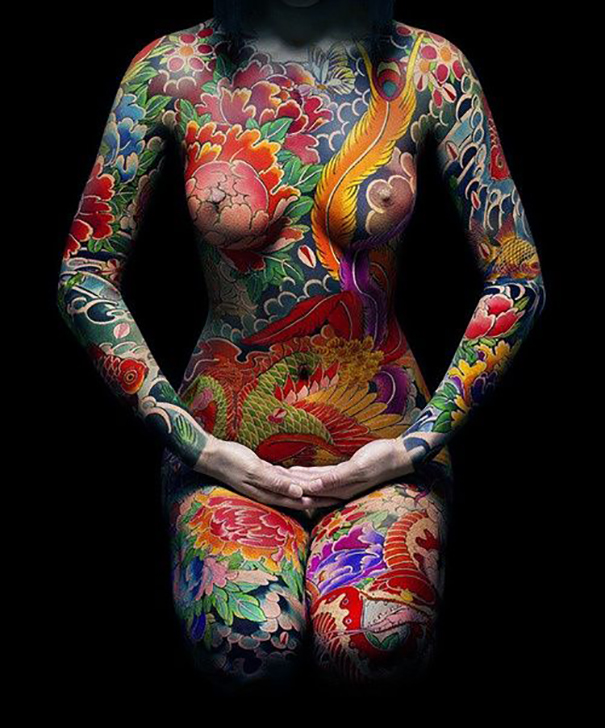 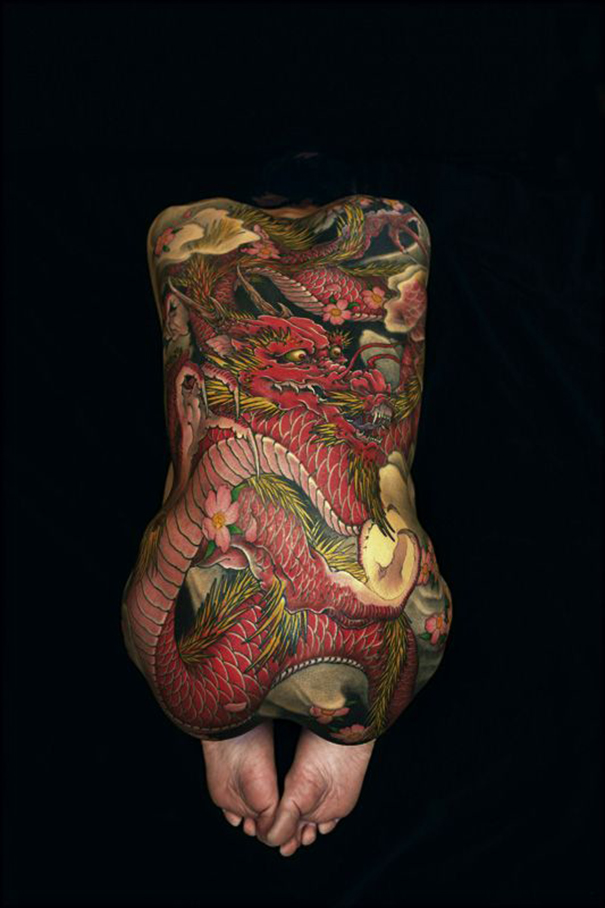 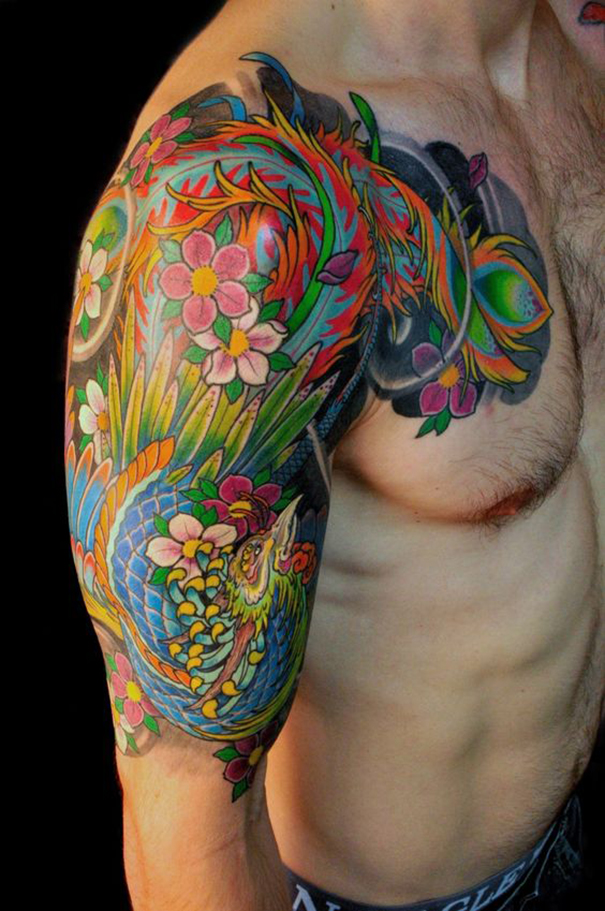 Astonishing Skeleton Hand Tattoo Designs, which will interest you a lot
The skeleton hand generally can have other meanings
0239