Megan Fox, the Hollywood diva, is popular due to her captivating sense of style, her acting skills, and her personality. Megan is also known for the incredible tattoos engraved all over her body.

The Transformers actress has never shied away from talking about her tattoos. She has often expressed that she enjoys getting inked. Each of her tattoos is unique and symbolizes beautiful things for her. While some of her tattoos are visible and can be easily spotted, some are covered. She has also erased and reconstructed a couple of of them.

In one of her interviews, Megan declared that she would quit Hollywood altogether if she ever lost a role because of her tattoos! Check out her mind-blowing tattoos and the beautiful meanings that each of them holds for her.

Megan Fox’s Tattoos And Their Meanings 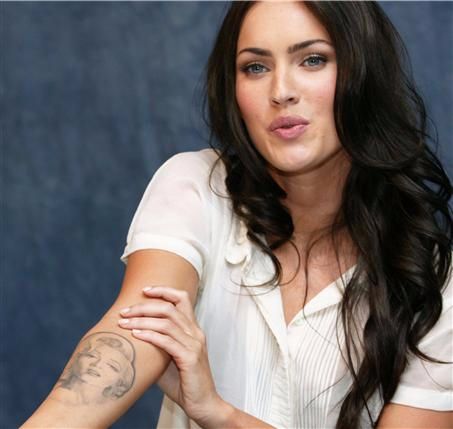 This is Megan Fox’s most famous tattoo that was once on her right forearm – a large portrait of Marilyn Monroe. She got the tattoo done when she turned 18 and considered Marilyn her idol. Megan grew up listening to Marilyn’s songs and felt a strong connection. She even claimed that Marilyn’s songs used to make her cry every time she heard her voice during her childhood. She later decided to get the tattoo removed as she feared she would end up in depression and have a tragic life like Marilyn Monroe. 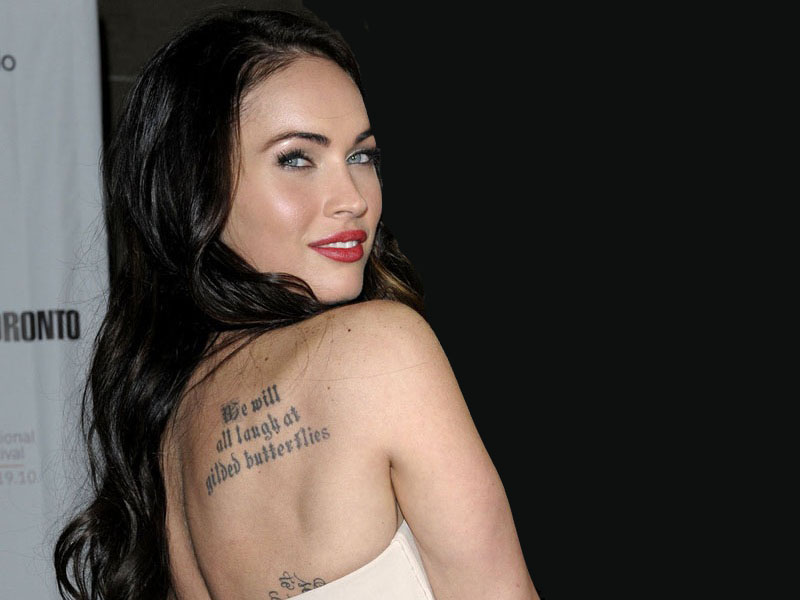 ‘We will all laugh at gilded butterflies.’ There is something fancy and sexy about quote tattoos. This famous Shakespearean quote is inscribed on Megan fox’s back. She has it engraved in a fancy Victorian Gothic font on the upper back, over her right shoulder. The quote is slightly altered and roughly taken from Shakespeare’s play, King Lear. This line portrays Megan’s attitude towards life. She is often seen flaunting this tattoo at red carpets and events. If you are looking for quote tattoo inspirations, you can opt for these ones like Megan. Pick any famous or meaningful quote that relates to you or your personality and get it done. 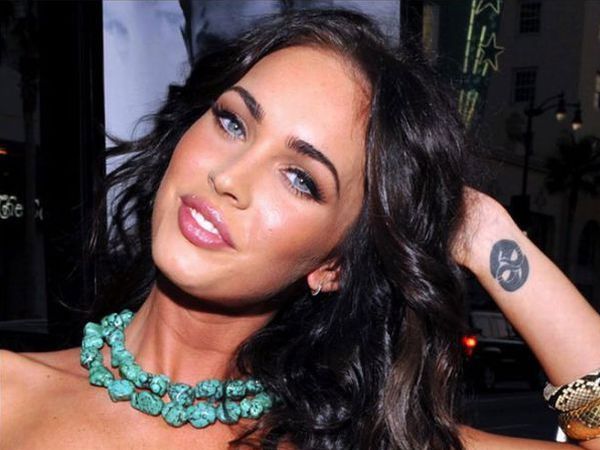 Megan Fox’s wrist tattoo is a beautiful design of the popular Yin-Yang symbol. This tribal tattoo is done in black ink and is located on the inside of her left wrist. Her wrist tattoo portrays two interlocking waves that create a yin-yang. Megan said that the unique design was selected to pay tribute to her love of surfing. But she got it removed later on as she was not happy with the way it turned out. 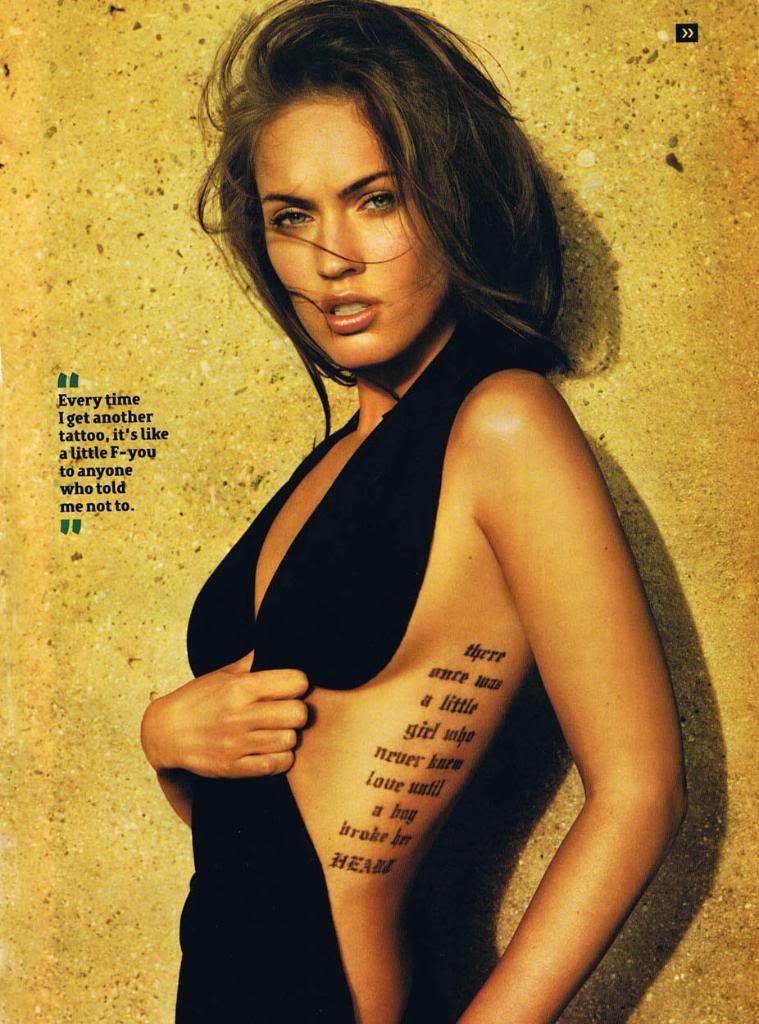 ‘There once was a little girl who never knew love until a boy broke her HEART.’

Megan Fox’s rib tattoo is a beautiful poem she wrote, which is roughly inspired by Nietzsche’s quote. This tattoo is done on her rib cage and is definitely one of Megan’s sexiest tattoos. It is said that she got this tattoo done for Mickey Rourke, with whom she supposedly had a fling while the two were working on Passion Play. Megan usually never flaunts this tattoo unless she is on her beach trips. Megan Fox has a ‘Brian’ tattoo on her pelvic hipbone, dedicated to her long-term boyfriend and husband, Brian Austin Green. He was the star of Beverly Hills–90210. They eventually got married after dating on and off for 6 years in 2010 in an intimate wedding ceremony in Hawaii. The tattoo reflects her love for him and shows how much she values their relationship. 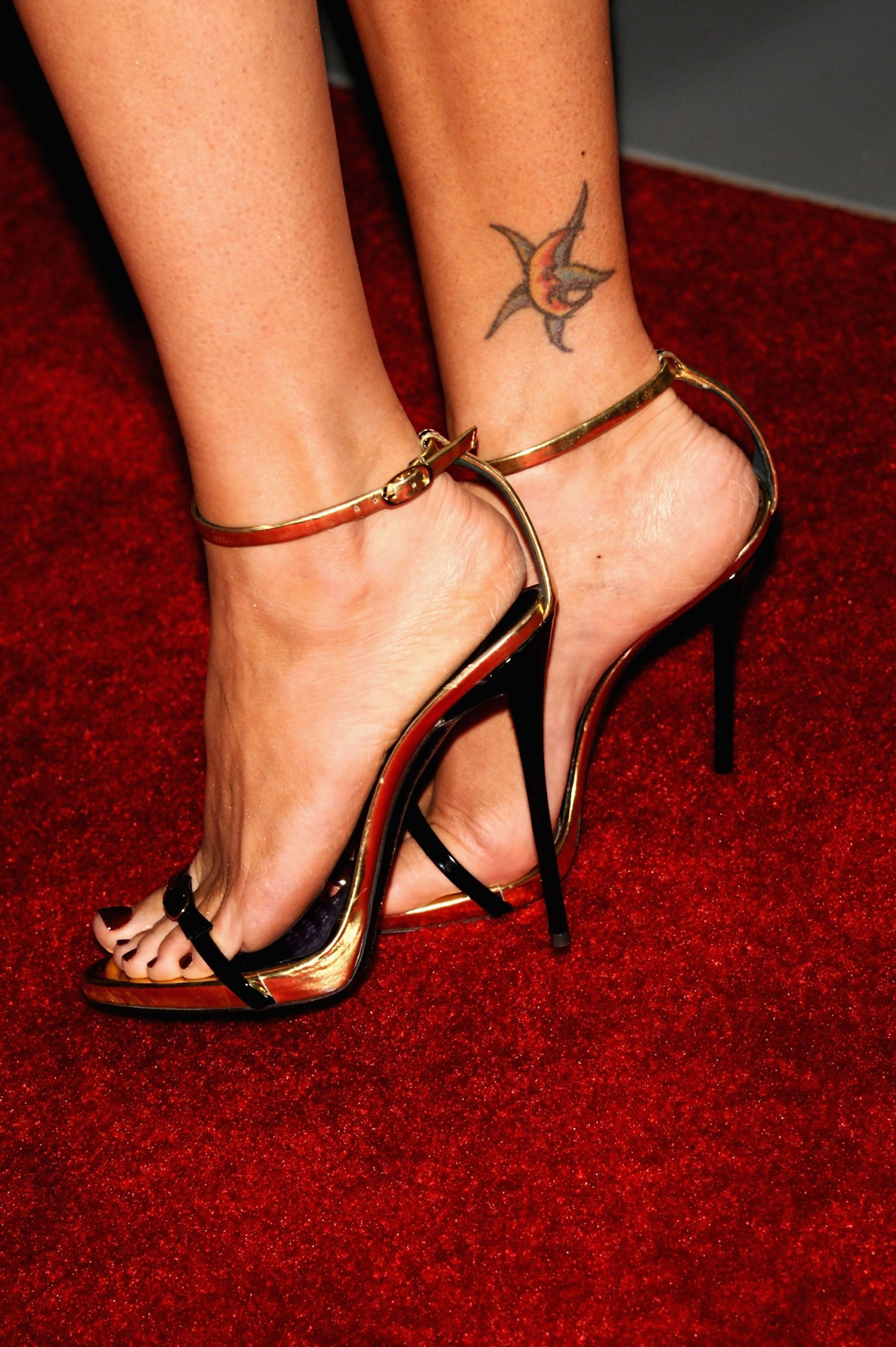 Megan Fox has a cute little colorful tattoo on the inside of her right ankle. The tattoo is of a yellow and orange crescent moon with a face overlapping a 5-pointed blue star. This tattoo is the only colorful tattoo amongst all the other tattoos on her body. It definitely stands out as it represents and compliments her choices and personality. The moon and star tattoo is probably the only relationship she holds closely with her father, Franklin Fox. 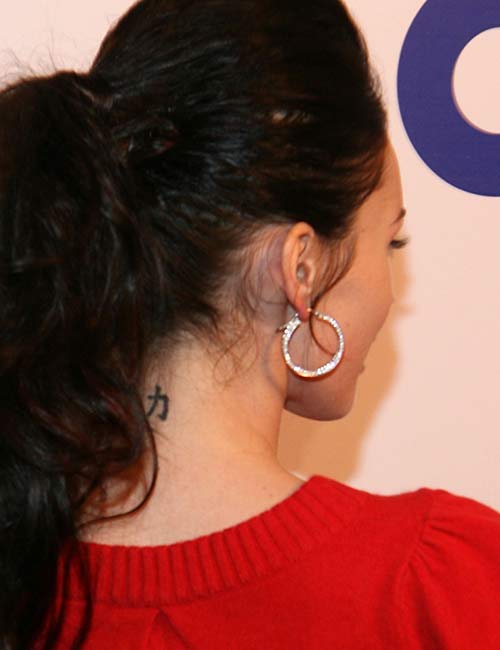 Megan Fox has a Chinese symbol (力) on the back of her neck, which means ‘strength.’ This was the first-ever tattoo that Megan got done. This tattoo rarely gets the attention it deserves as it is mostly covered by her hair. But once in a while, when she opts for a hair updo, she flaunts this cute little Chinese tattoo on the back of her neck. Megan has confessed that this Chinese tattoo is her personal way of giving herself strength and reminding her to stay centered and focus.

As we have seen earlier, Megan Fox opted to get rid of two of her tattoos after a certain time. She first got the Marilyn Monroe tattoo removed from her right forearm as she feared that the negative influence of Marilyn’s life might also jinx onto her life. Marilyn went into depression and passed away early. Hence, Megan Fox decided she doesn’t need to hold on to that tattoo anymore.

Megan also got the yin-yang wrist tattoo removed and retouched as she did not like the way it looked on her wrist and wasn’t a huge fan of the design anymore. Megan also said in one of her interviews that even though she loved some of her tattoos, she had to get them removed as they didn’t suit her personality anymore.

Weren’t these some really lovely tattoo designs? Megan Fox’s tattoos surely add oomph and seductive and bold charm to her overall personality. If you are planning to get a tattoo and are also a Megan Fox fan, this article surely can give you lots of insights and ideas.

Tattoos are painful, but they are something that you can hold close to you throughout your lifetime. Which of these tattoo designs did you like best? Share your feedback with us in the comments section below. 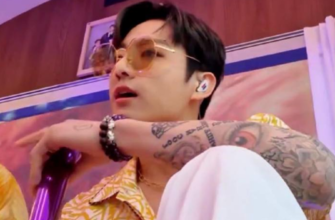 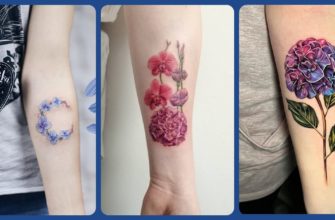 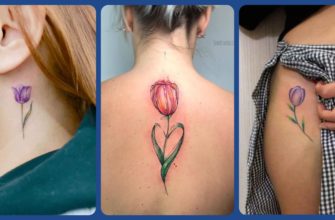 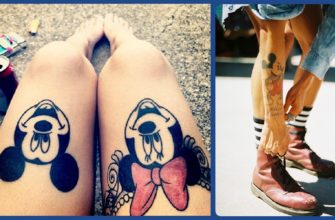 The Top 39 Mickey Mouse Tattoo Designs
Mickey Mouse is the identifiable sign of Disney, the
04k. 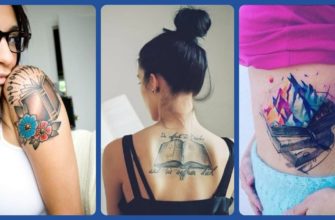 Nice Book Tattoo designs Which Are Very Awesome
If you like books or perhaps you are an author, and
07.2k. 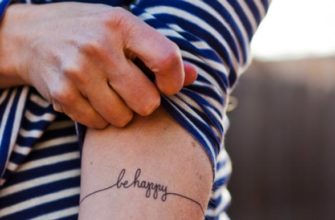 Small Tattoos For Females On Arm
Little designs for ladies are a nice manner to convey
08k. 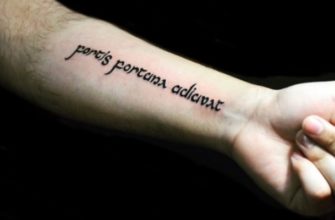 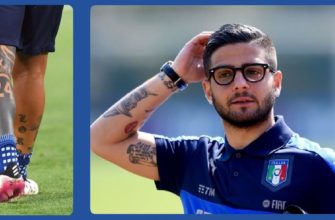