Besides of being popular animal tattoo has very special meaning. Every animal symbolizes special power; it is some kind of protecting tattoo that gives power to the wearer. Everything changes when it comes to snake tattoo. Being one of the most dangerous animals snake tattoo can excite controversial feelings. Let us find out what snake tattoo means and how to make snake tattoo protect the wearer. 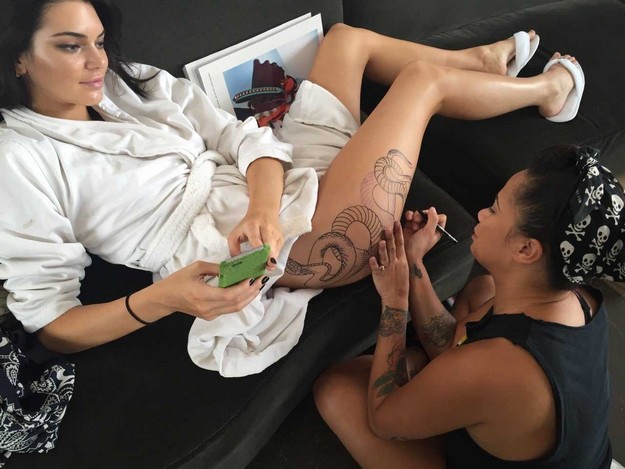 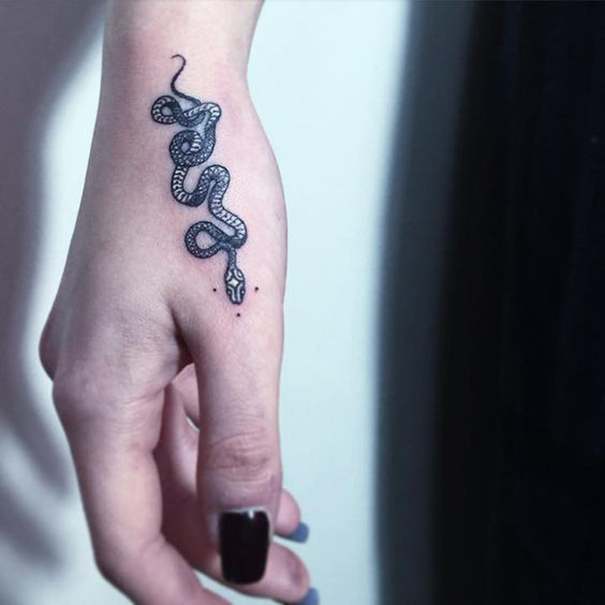 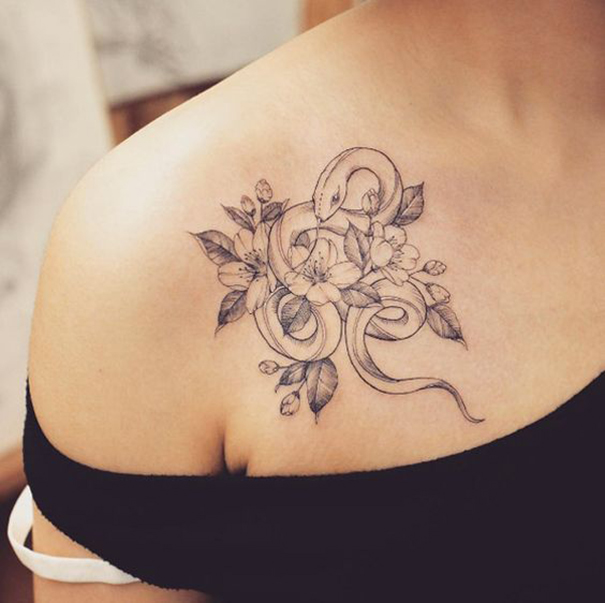 The image of snake is seen in many cultures and the meaning of snake differs from culture to culture.

In Indian culture snake was a mythological goddess that used to change her appearance and become a woman. In India, snake symbolized fertility.

In Abrahamic, religions snake represented sexual desire and seduction. In Old Testament the snake temped Eve in the Garden of Eden. That is why in Christianity snake is believed to be an evil creature. You should take into consideration this factor especially if you are Christian and you are living in Christian society.

In Chinese culture snake is believed to have healing power and was connected with water.

In Greek mythology snake pictured with an evil creature gorgon Medusa with snakes instead of hair that attracted men while she was turning the victims into stones with just a single glance. Again, snake carries a negative meaning. 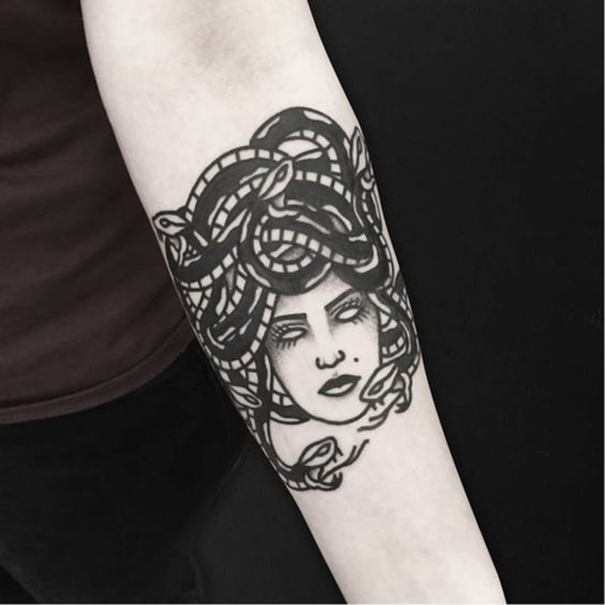 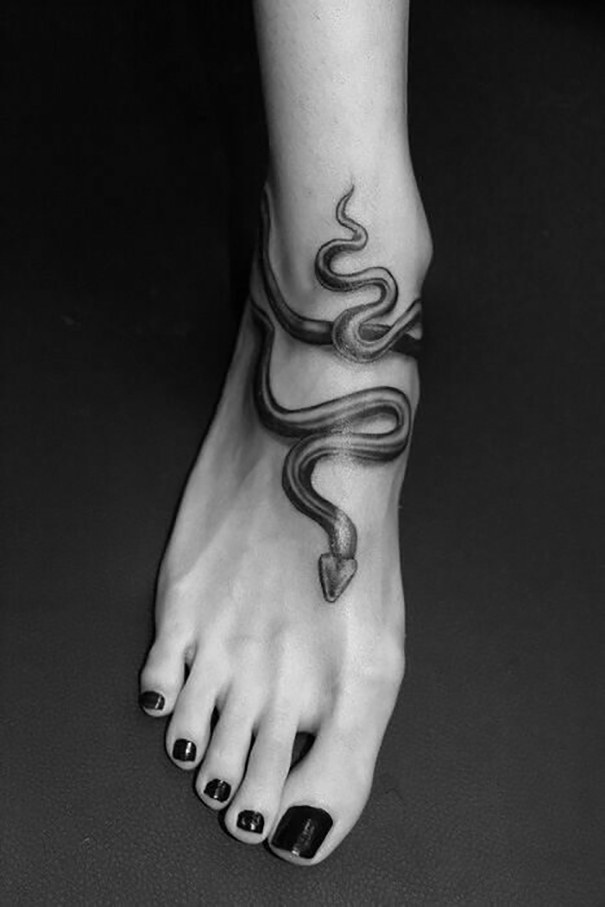 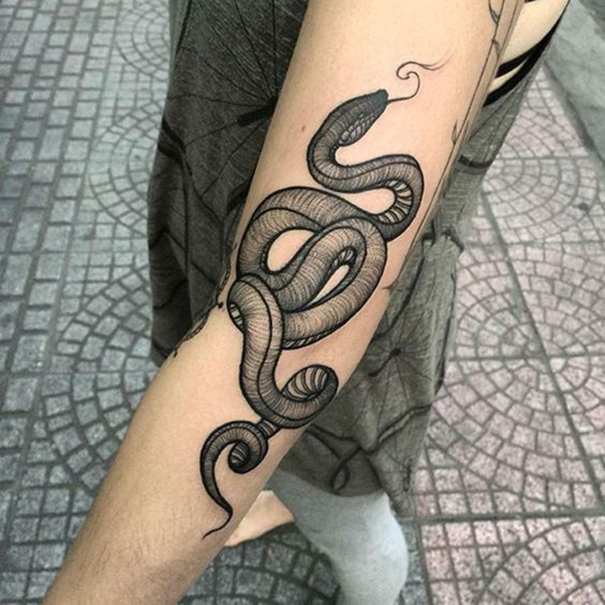 Besides of those common meanings the snake means secret, protection and infinity. Those mysterious creatures are more complicated and can have different influence on the wearer.

Traditional snake tattoo looks impressive; it is colorful covering a large area on body. In addition, colorful snake tattoo looks a bit aggressive so be sure you are ready to wear such a special tattoo. On the other hand, New School tattoo styles are black and can be a little smaller and worn on finger, wrist and behind ear. 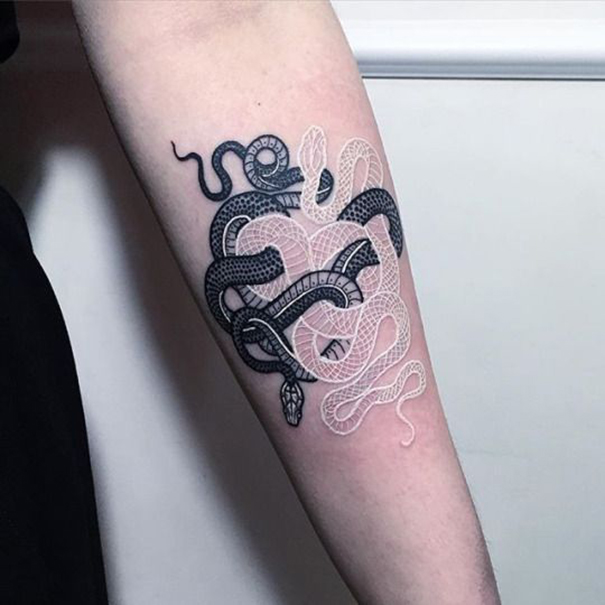 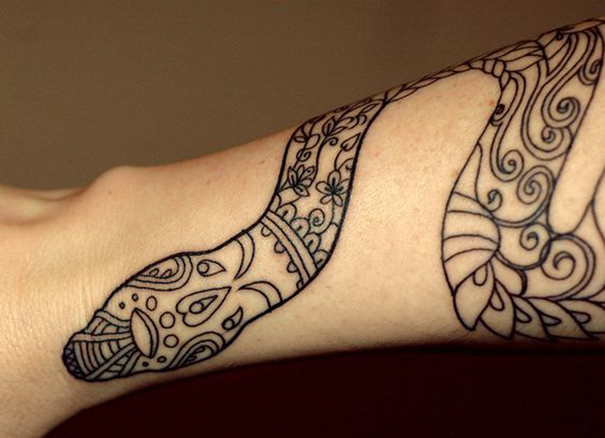 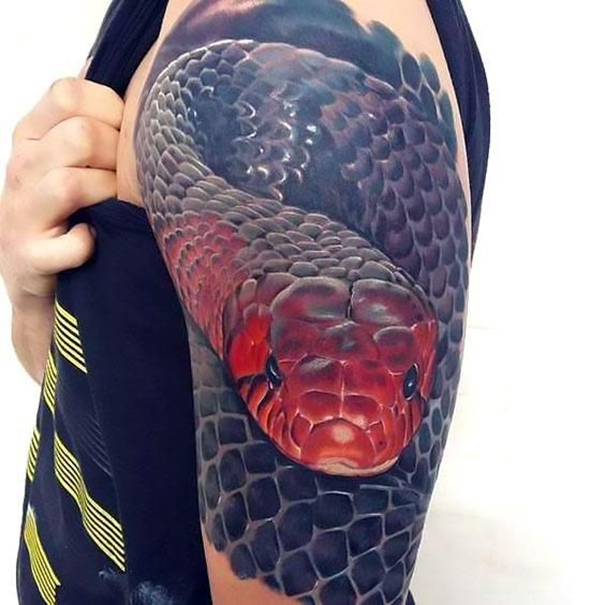 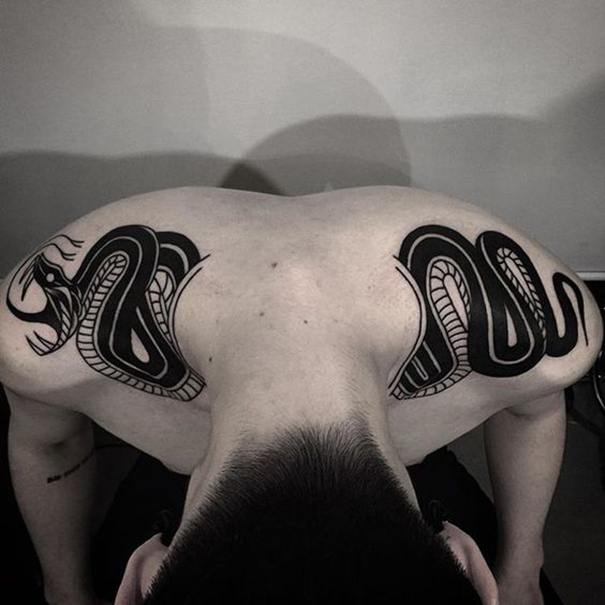 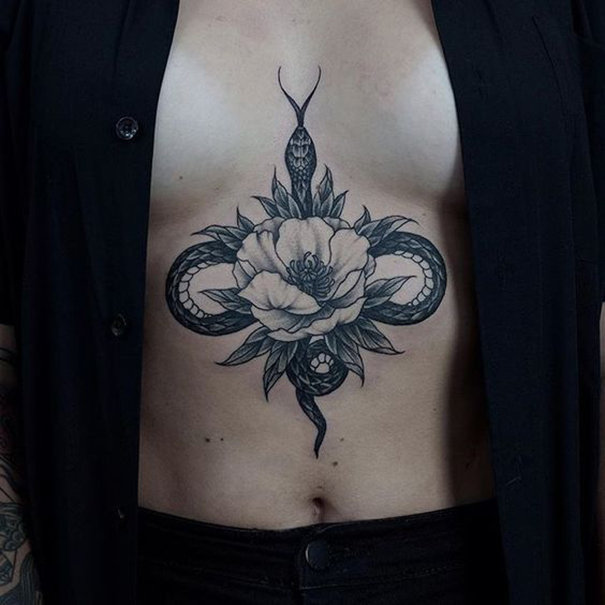 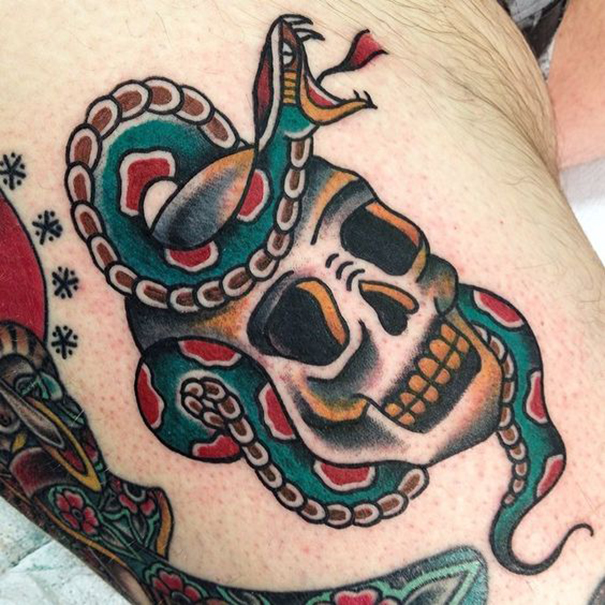 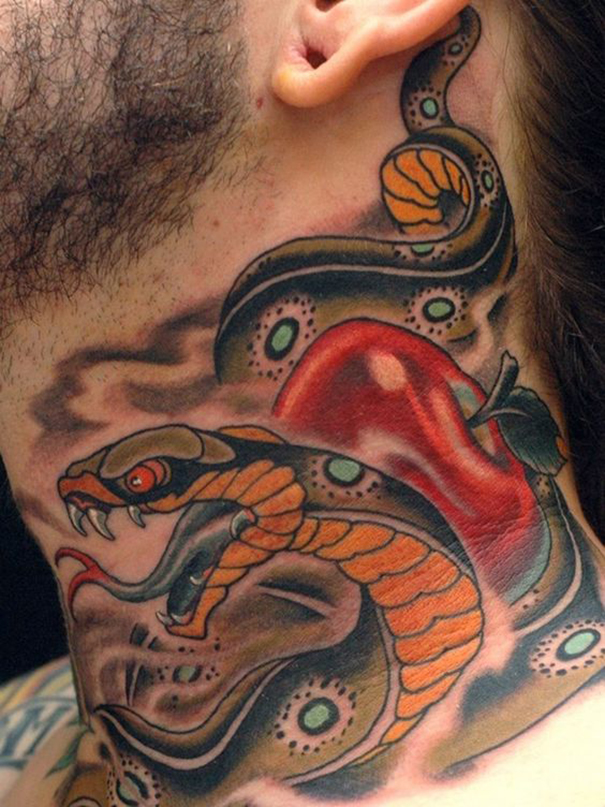 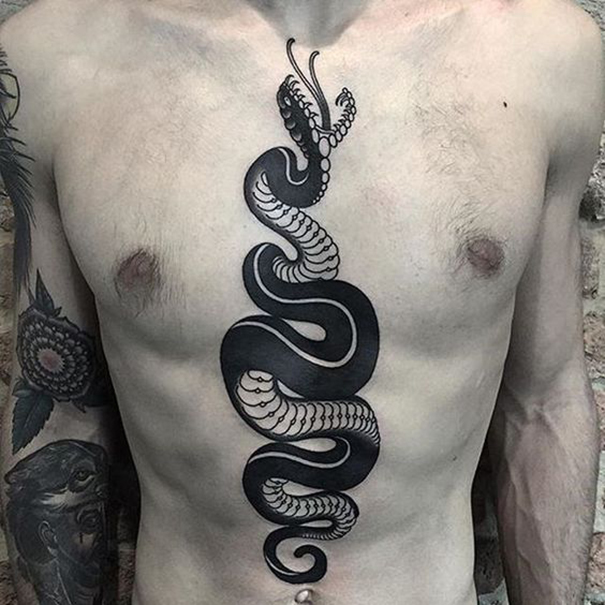 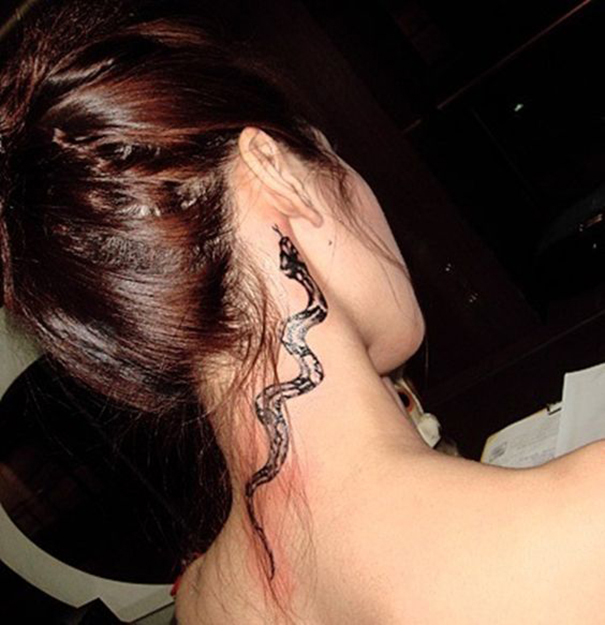 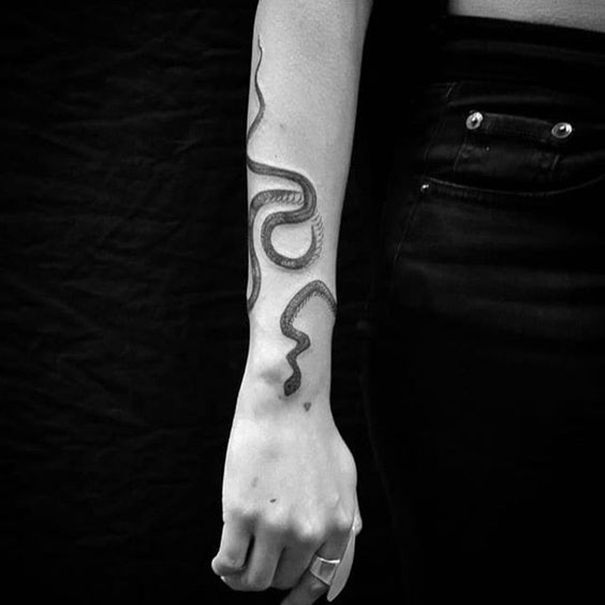 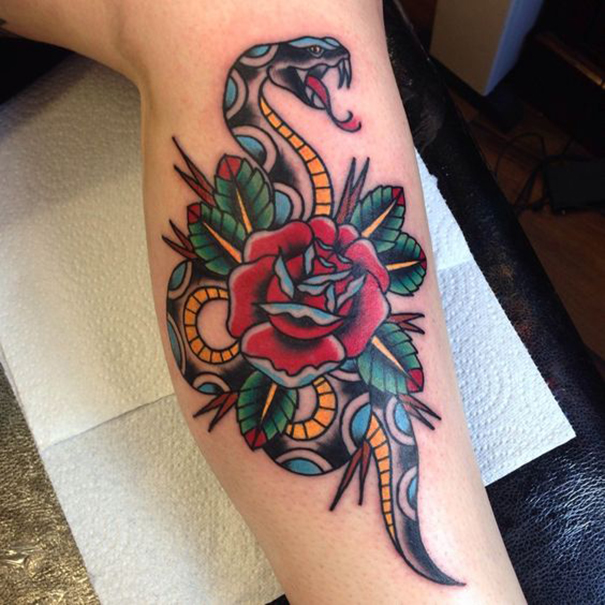 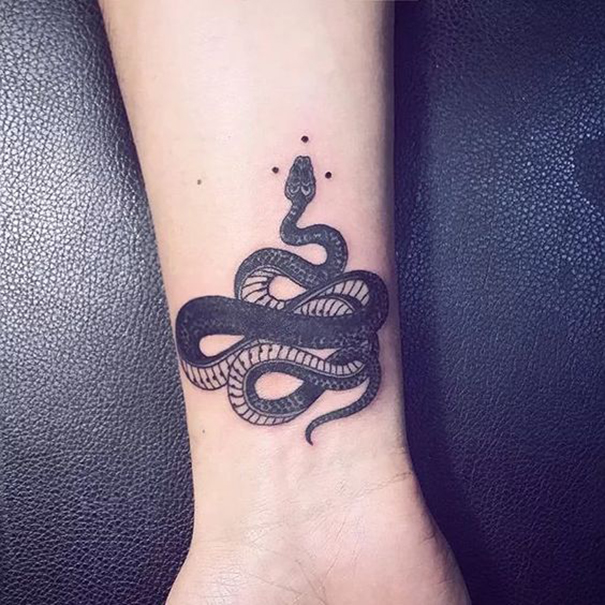 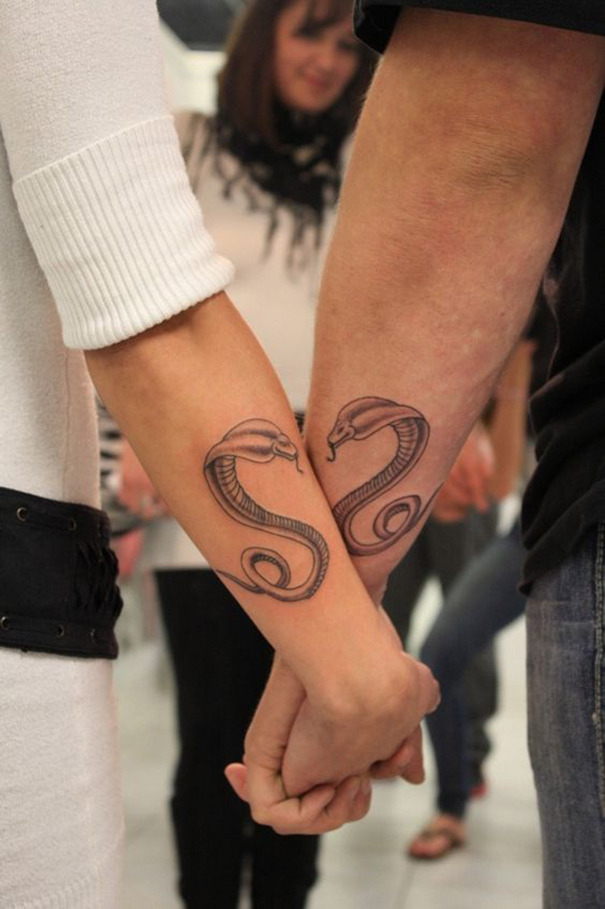 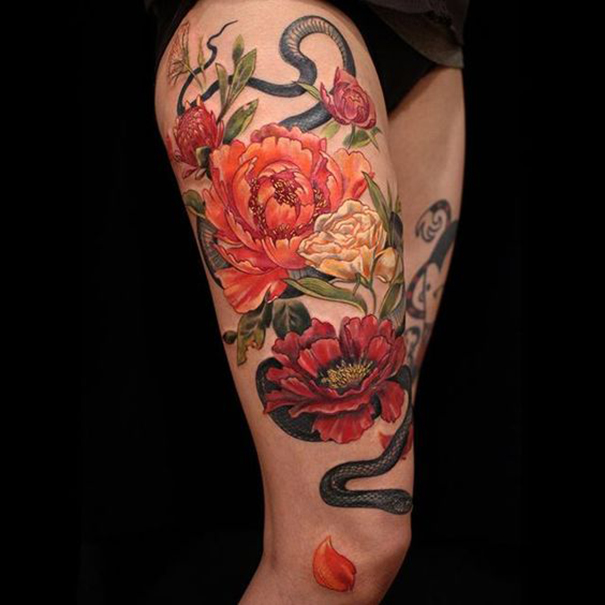 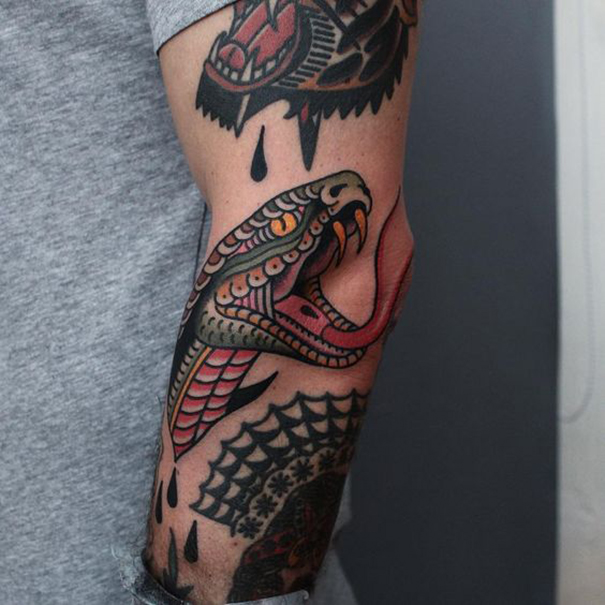 Astonishing Skeleton Hand Tattoo Designs, which will interest you a lot
The skeleton hand generally can have other meanings
0208

The Top 27 Monkey Tattoo Designs
Each creature has its own tale related to monkeys.
0650