Body art is an area where you can use your infinite imagination and there are absolutely no boundaries. You can choose any symbol and sign for your future tattoo. You will be the one to carry such a unique style. As for tattoo artists, they are in a constant search of inspiration. Such an original tattoo worth to be discussed is grim reaper. These non-traditional and crazy grim reaper tattoo ideas 2022 will help you to break the rules and stand out in a crowd.

Who is grim reaper and what do we know about him? Grim reaper is a mythical creature that wears black cape and a scythe. It is said that he uses the scythe to take a soul from body at the very moment the person dies. Then he carries the soul where he belongs. We do realize that it is just a legend but the character has long become common in many cultures as a scary image. Today, grim reaper is a popular tattoo character mostly for men who are not afraid of bold images. 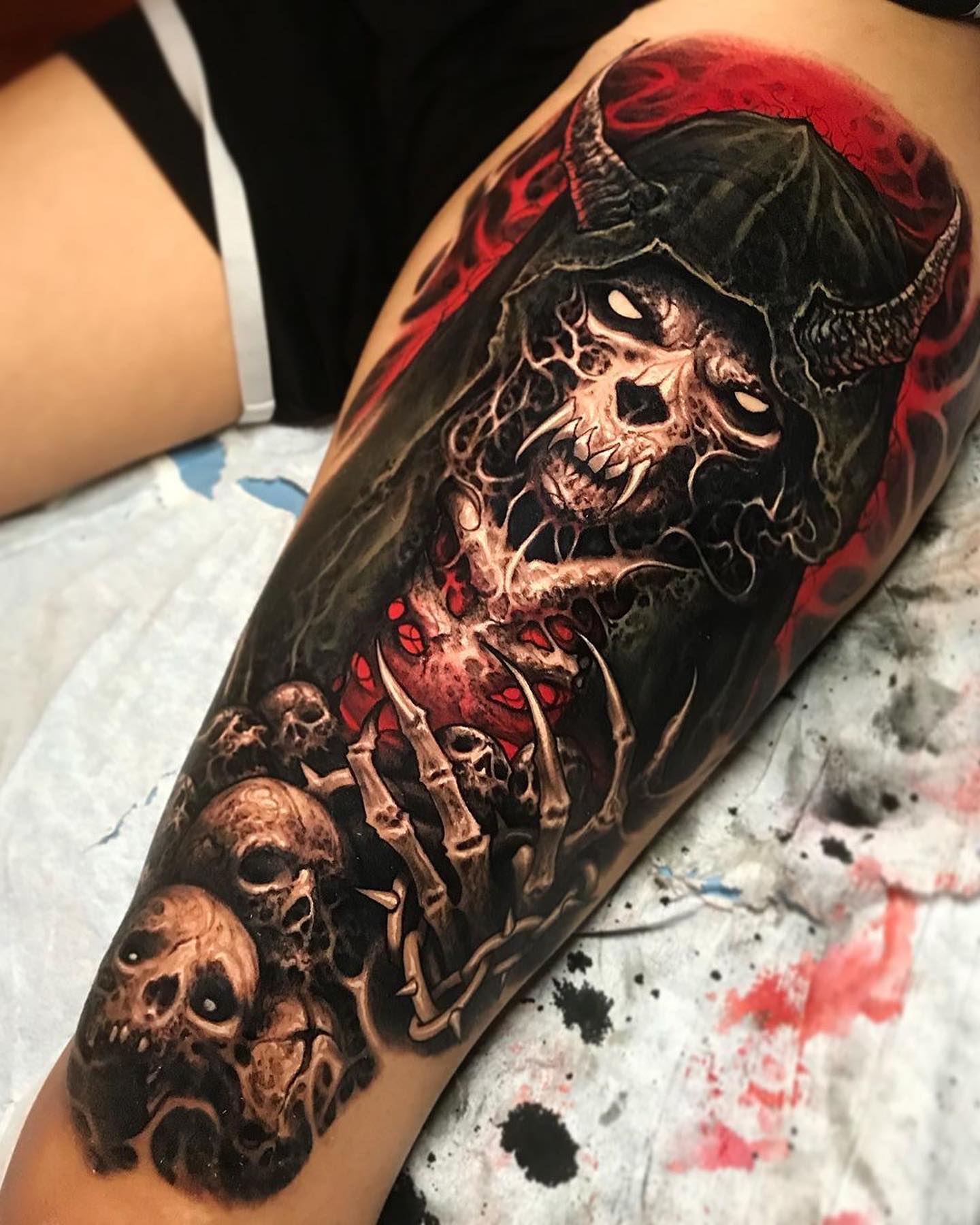 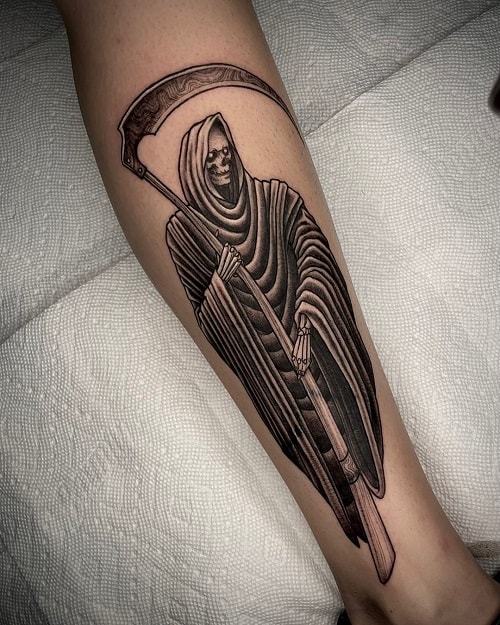 Grim reaper has always been the symbol of death. It is generally interpreted as a negative symbol of mortality. It has always been pictured in dark atmosphere with scary grim face. In different cultures grim reaper has its role. Thus, it is said Grim Reaper follows human soul during the life. Then he leads soul to the next life when time comes. On one side Grim Reaper is a negative character, one the other side it considers that everyone is equal for death.

Though Grim Reaper symbolizes death, the tattoo has quite positive notions like reality, fragility, luck, new beginning, new life, life cycle and reincarnation. The one who wears this tattoo has no fear towards death and accepts life and death as they are. 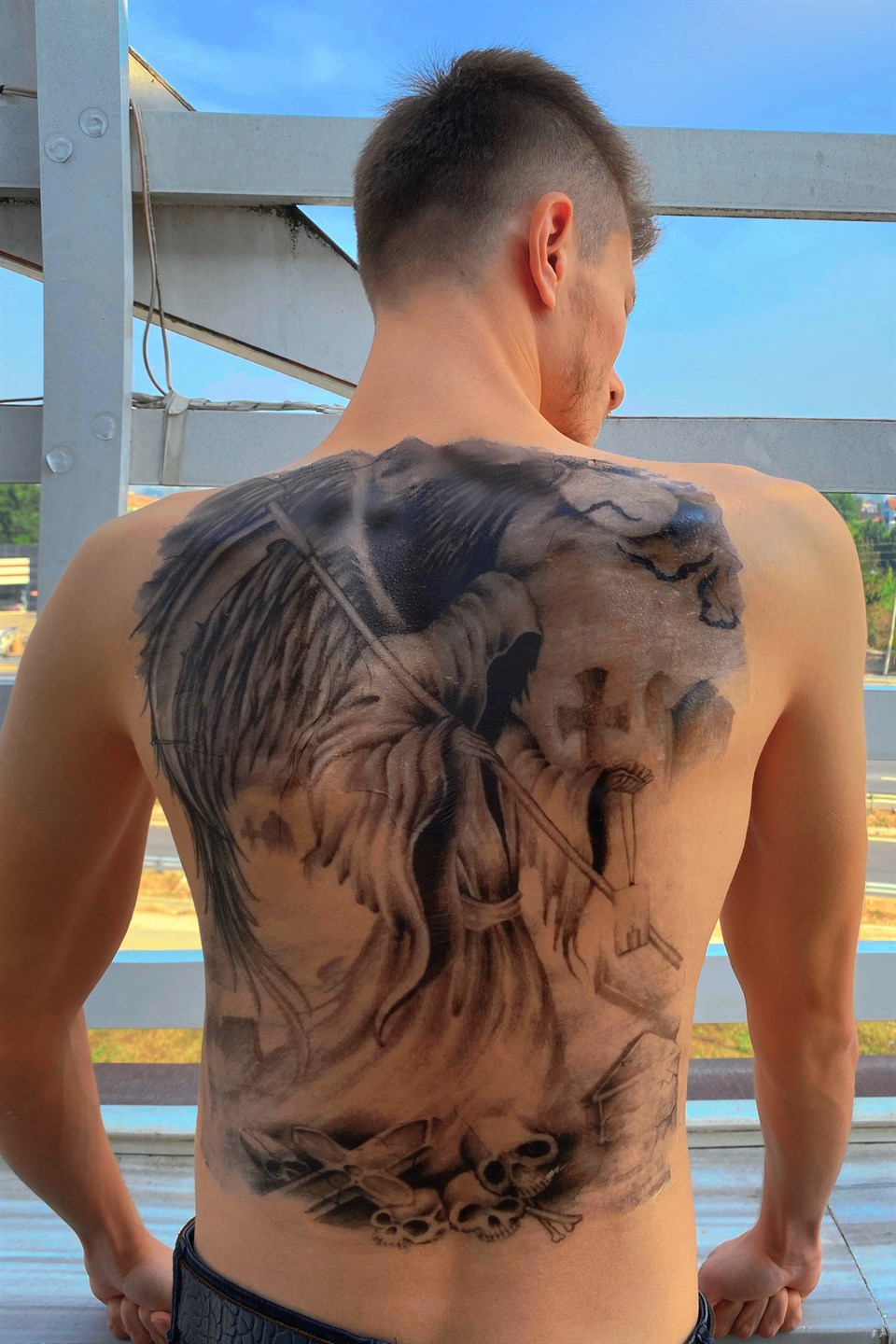 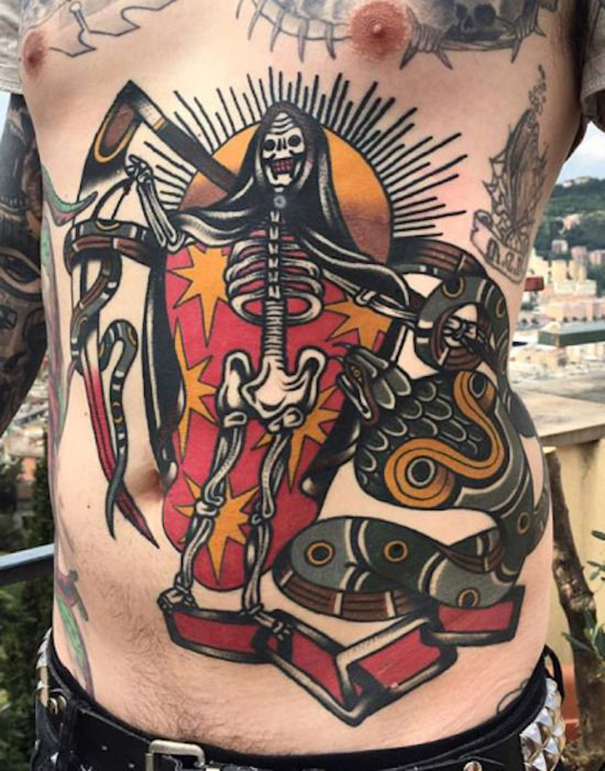 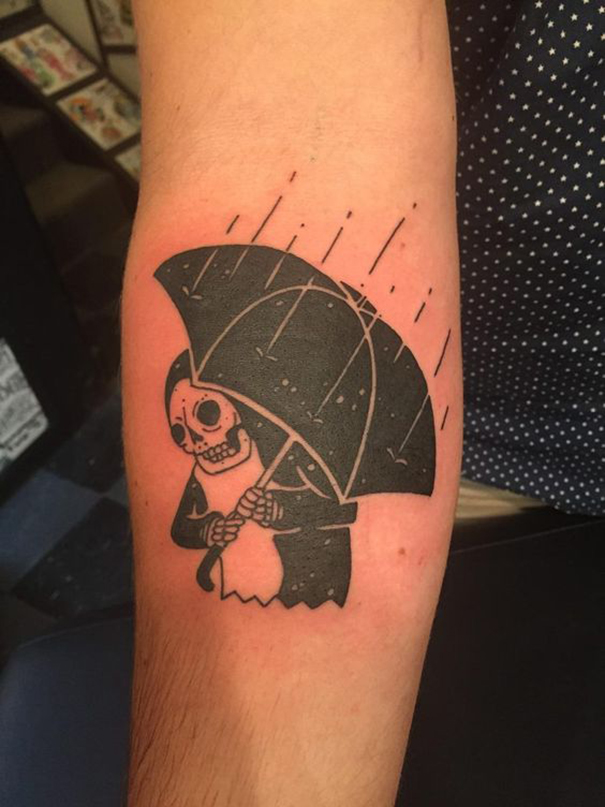 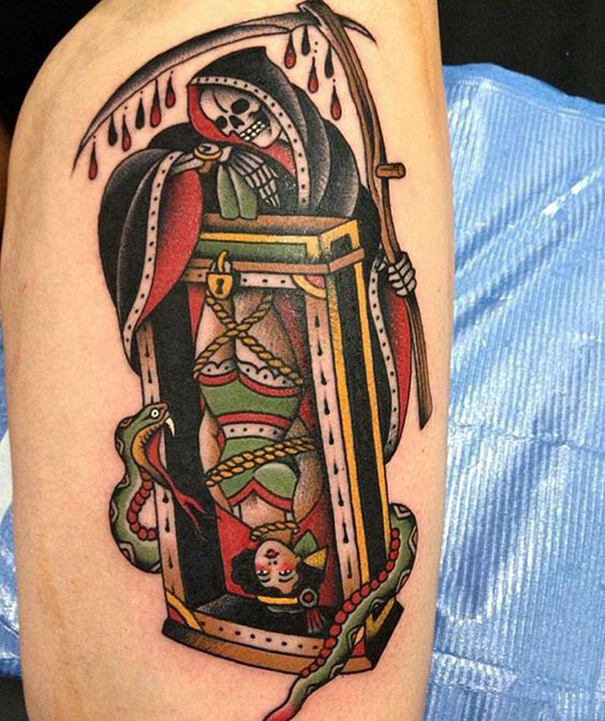 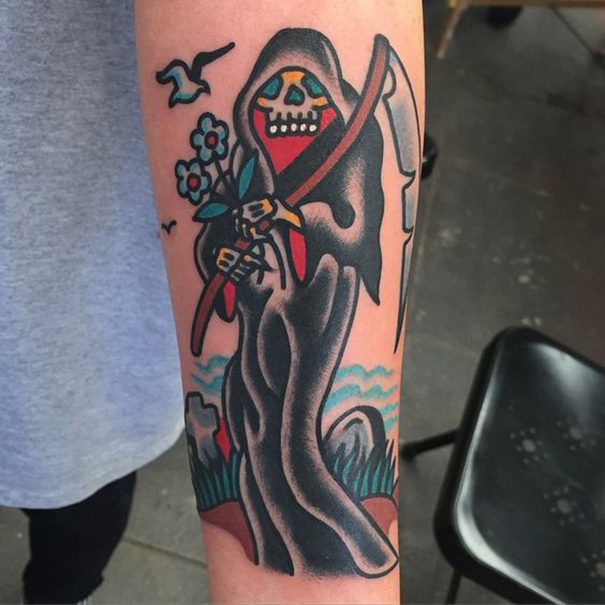 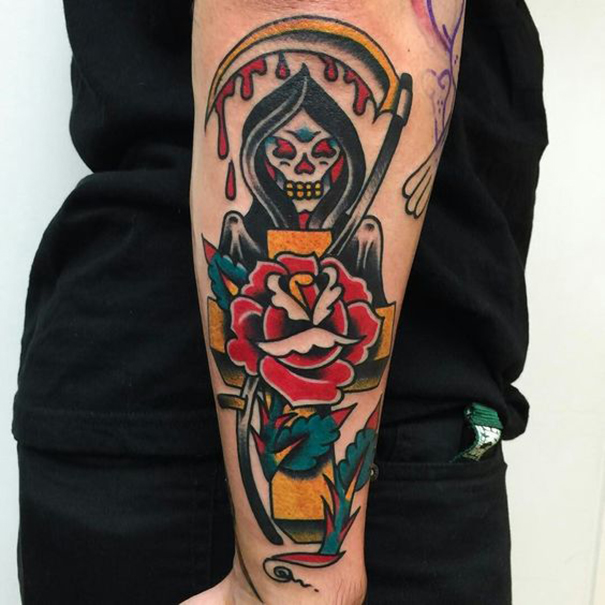 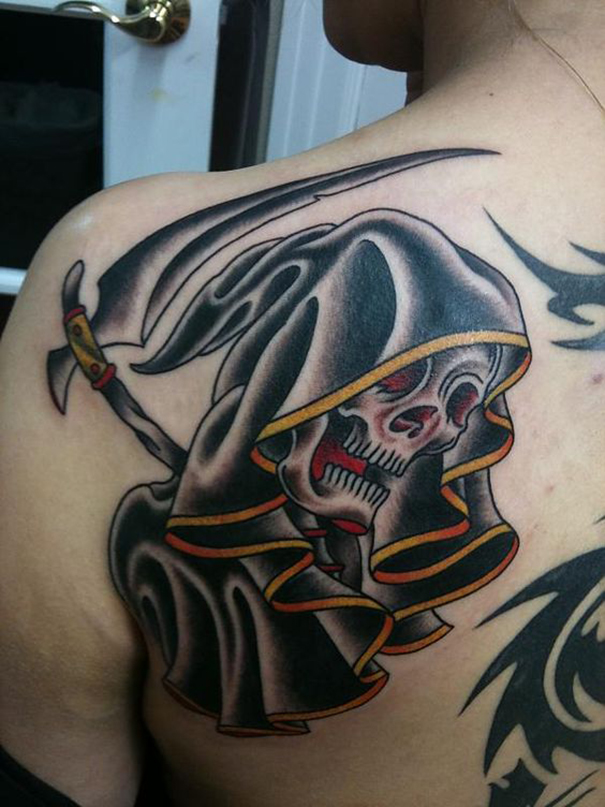 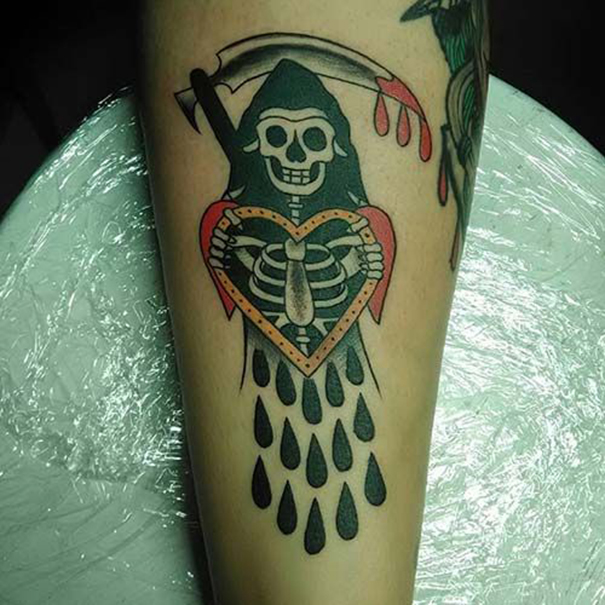 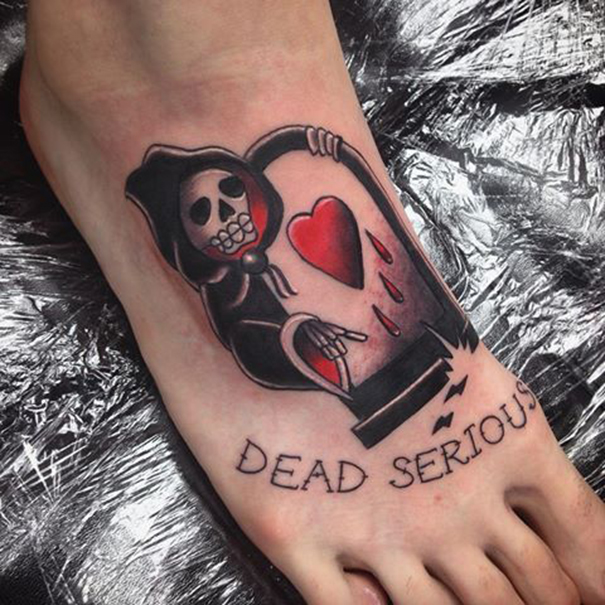 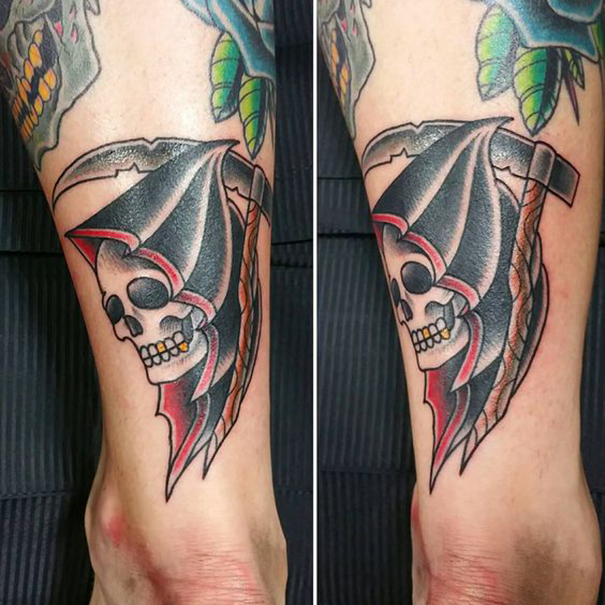 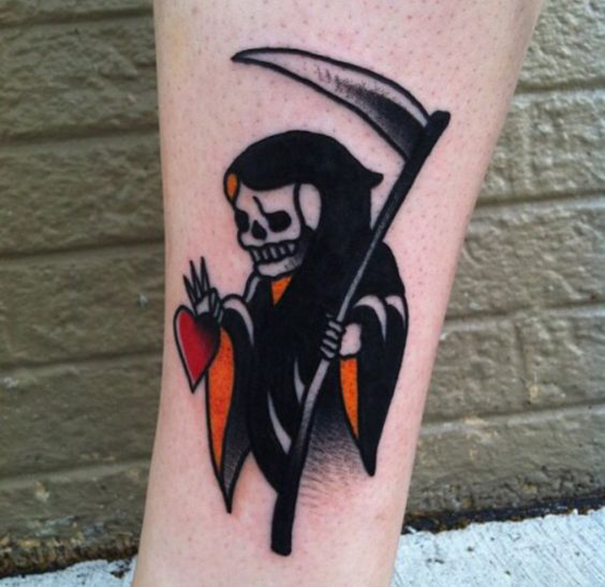 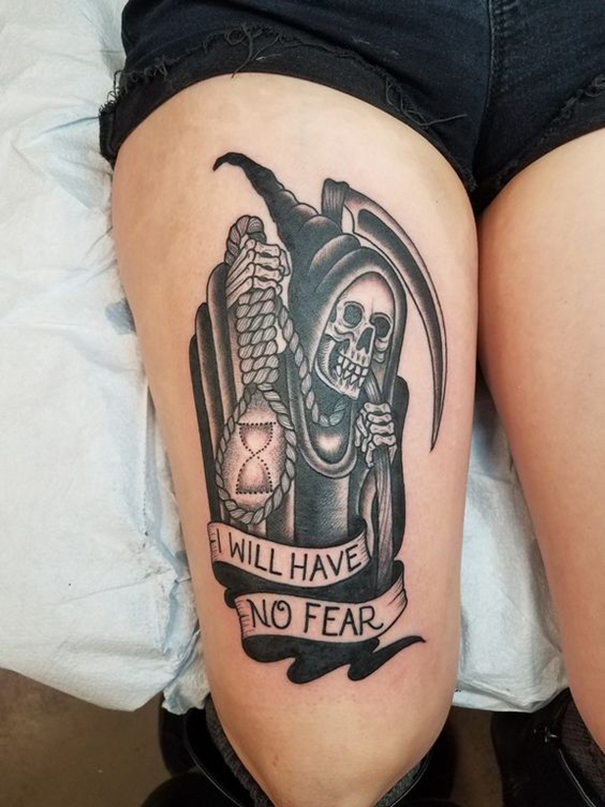 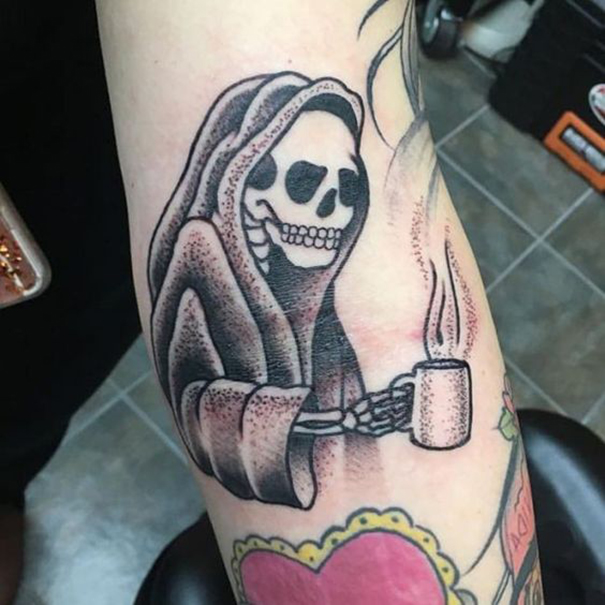 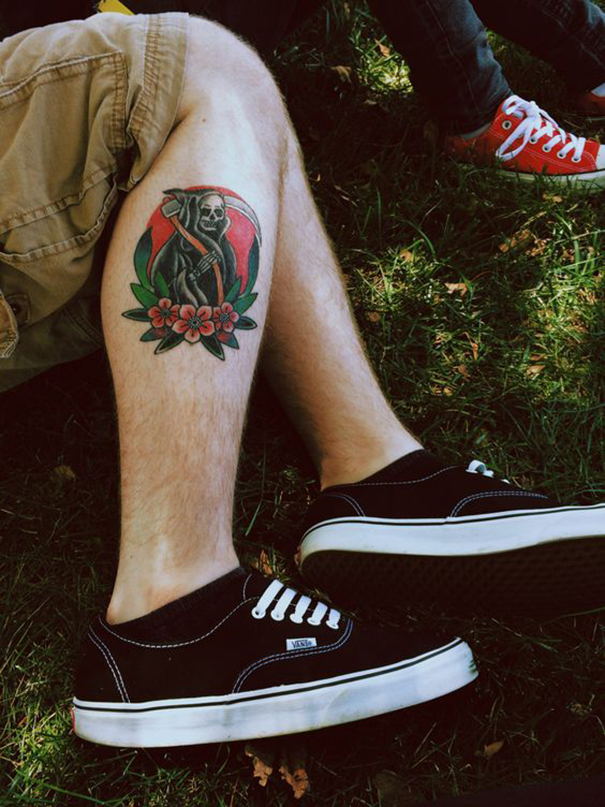 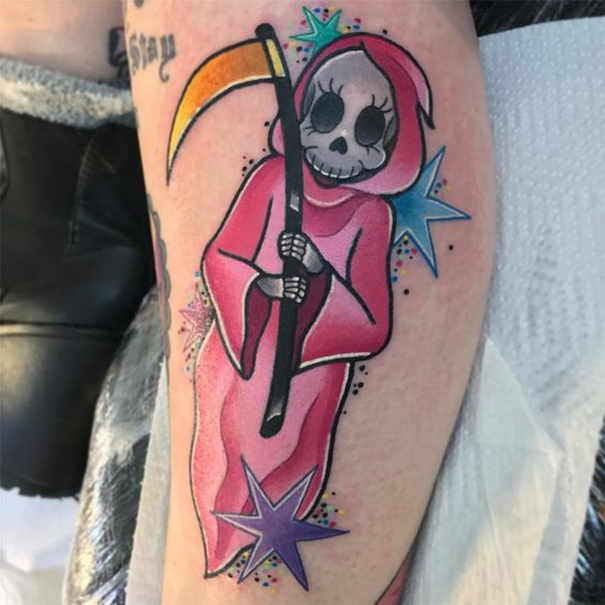 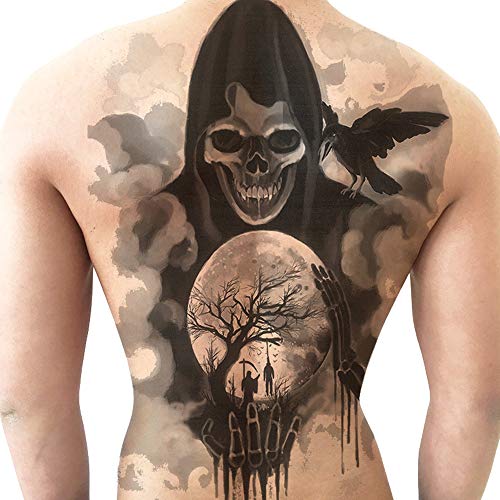 Astonishing Skeleton Hand Tattoo Designs, which will interest you a lot
The skeleton hand generally can have other meanings
0323