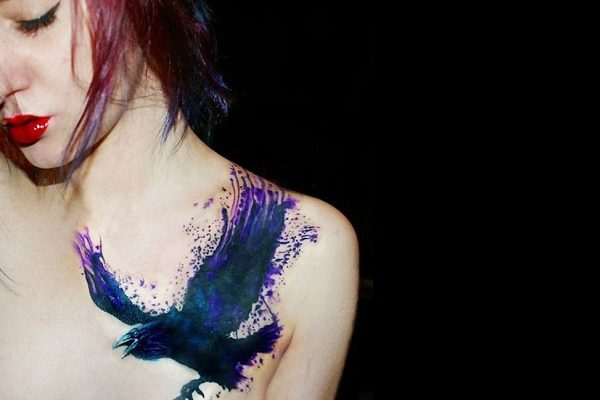 Bird tattoos are of great popularity especially when combined with modern geometrical details. among all the popular bird tattoos included in New School tattoo style. Among all the hottest bird tattoo styles crow is the symbol that is chosen not only for its style but also for its meaning. You may think that crow is a dark creature and bears negative energy, still crow has very different meanings that will definitely surprise you. 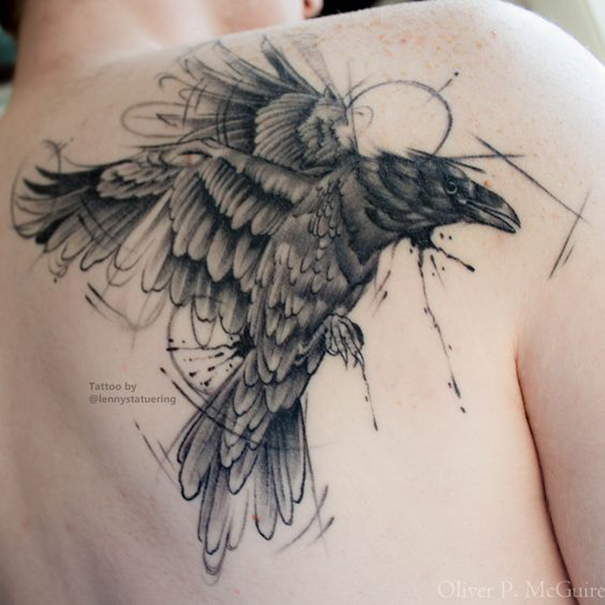 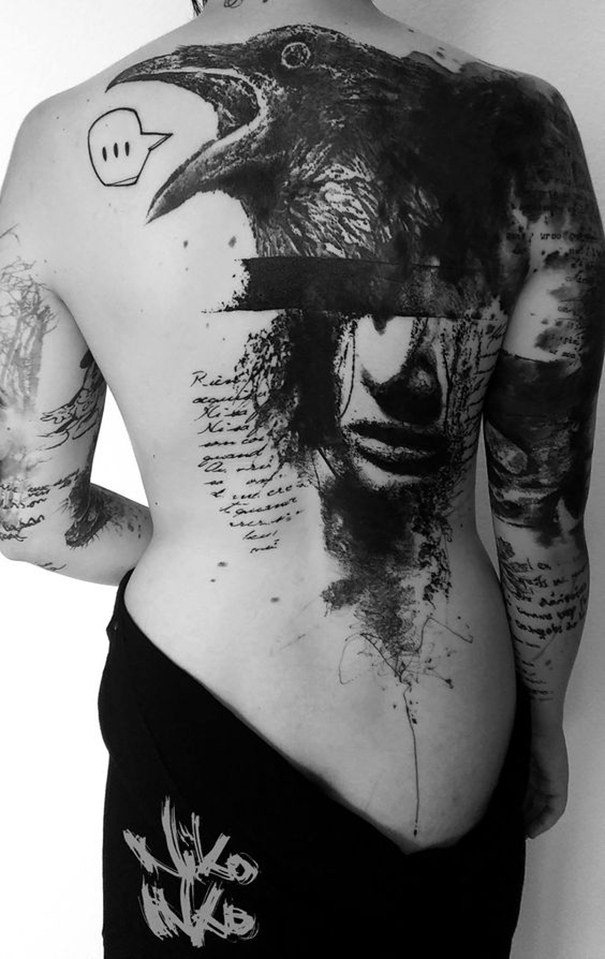 Of course, crow is always pictured in negative form following death and dark magic. It has different meanings in different cultures. According Celtic mythology, crow was the symbol of the goddess of war, who could take the form of a crow and fly around the battlefield announcing death to enemies. Crow is also seen in Native American mythology as a teacher who could give an advice. In China, crow was picture with three legs who symbolized rising and setting sun. Irish believed that a group of crows on tree symbolizes the souls from Purgatory. 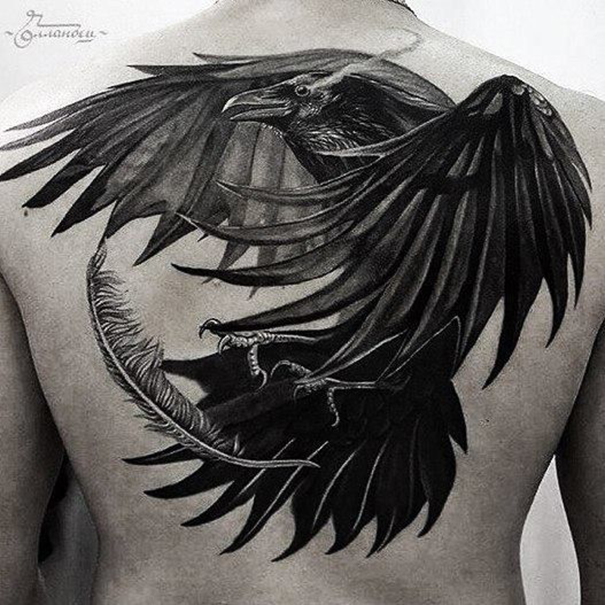 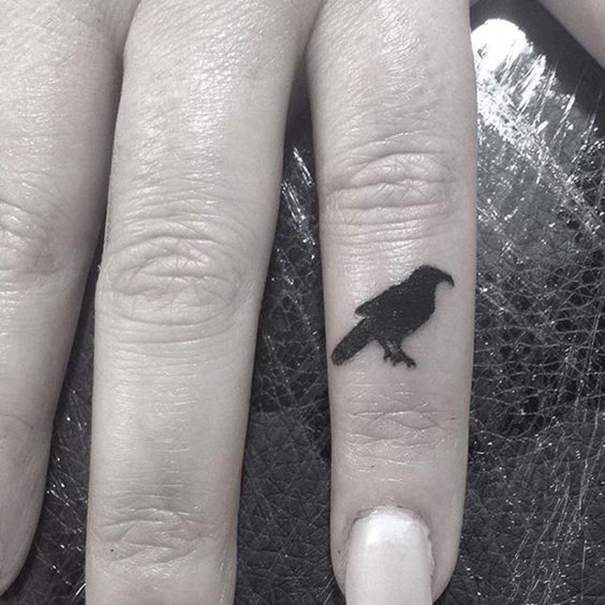 There is a mythology about the jet black color of the crow. Greek god Apollo punished the crow for bringing bad news about his beloved and turned the white bird into black.

If talking about general symbolism of a crow we can say that it symbolizes magic, destiny and transformation, prophesy, war and secrets. Crow is a wise bird and crow tattoo can be a unique spirit guide for you.

Crow tattoo is definitely not the one to be inked in bright colors. Crow tattoo is done in black and grey and more often is combined with chaotic details or quotes. For more impressive look you need to get  large crow tattoo covering your back, chest or foot.

At last, wearing such symbolic tattoo can change your life. When it comes to crow tattoo, do not take it as a negative symbol or the symbol of death. 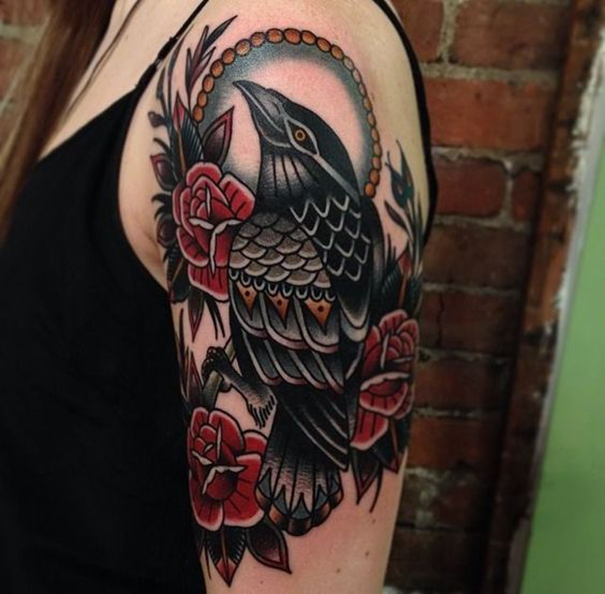 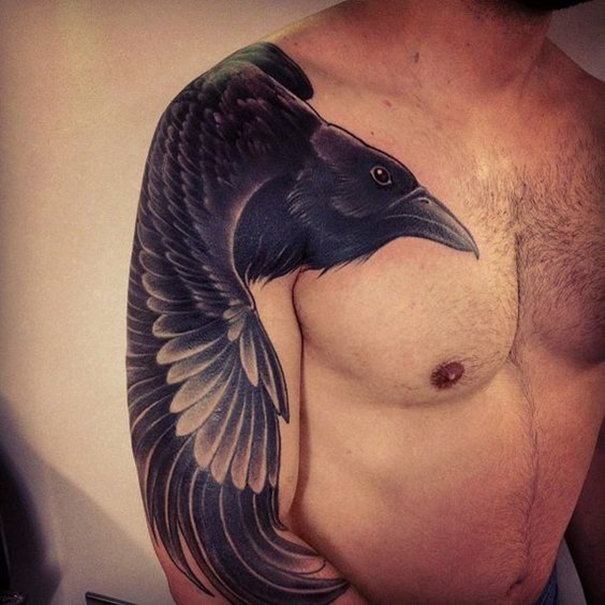 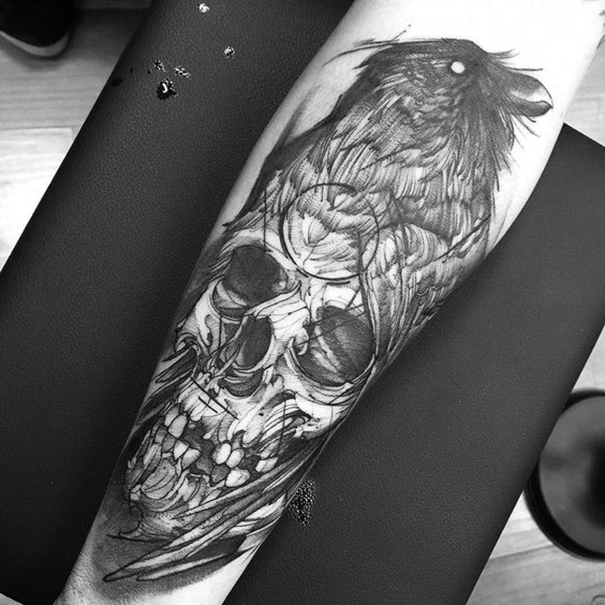 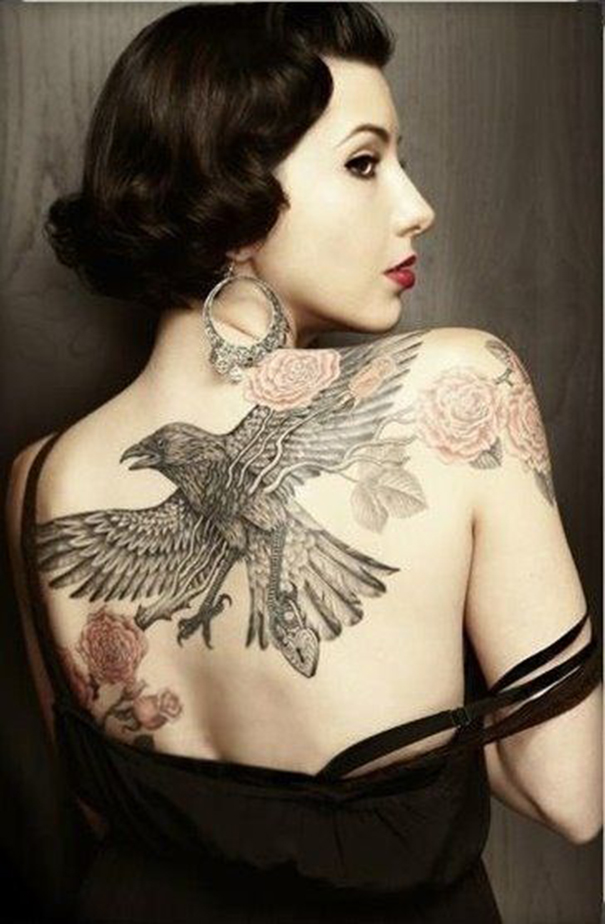 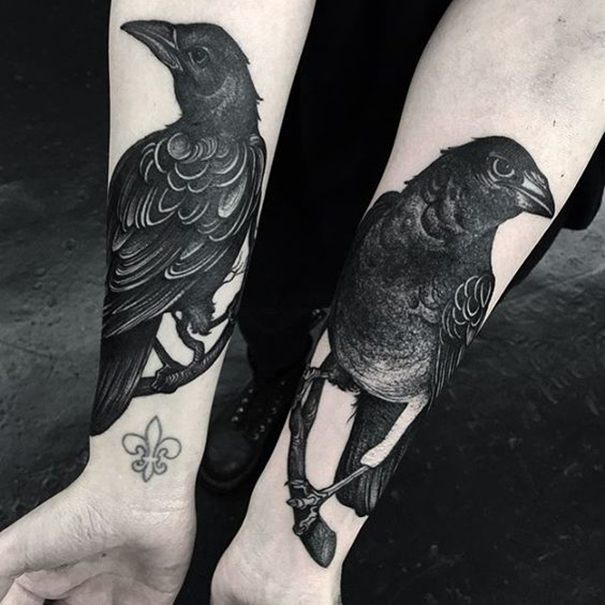 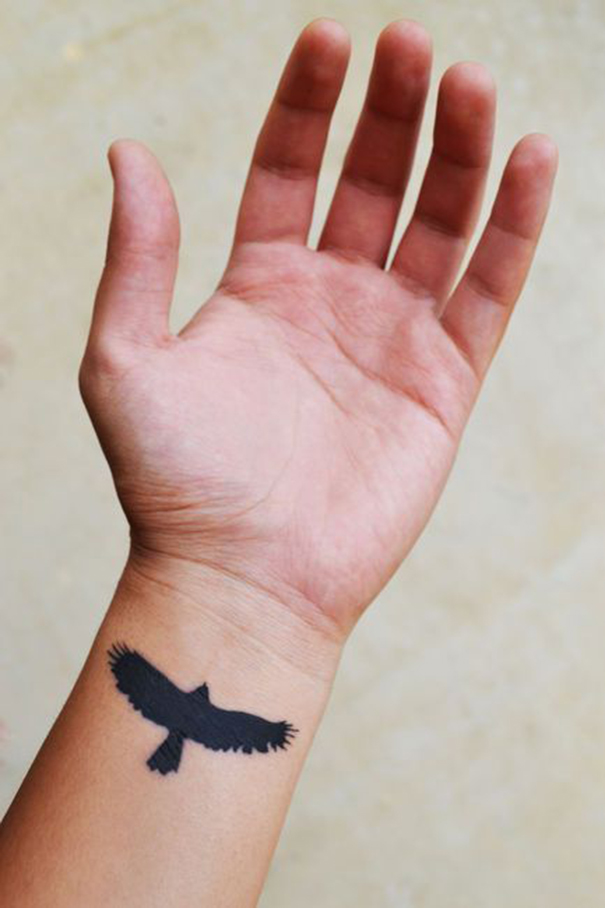 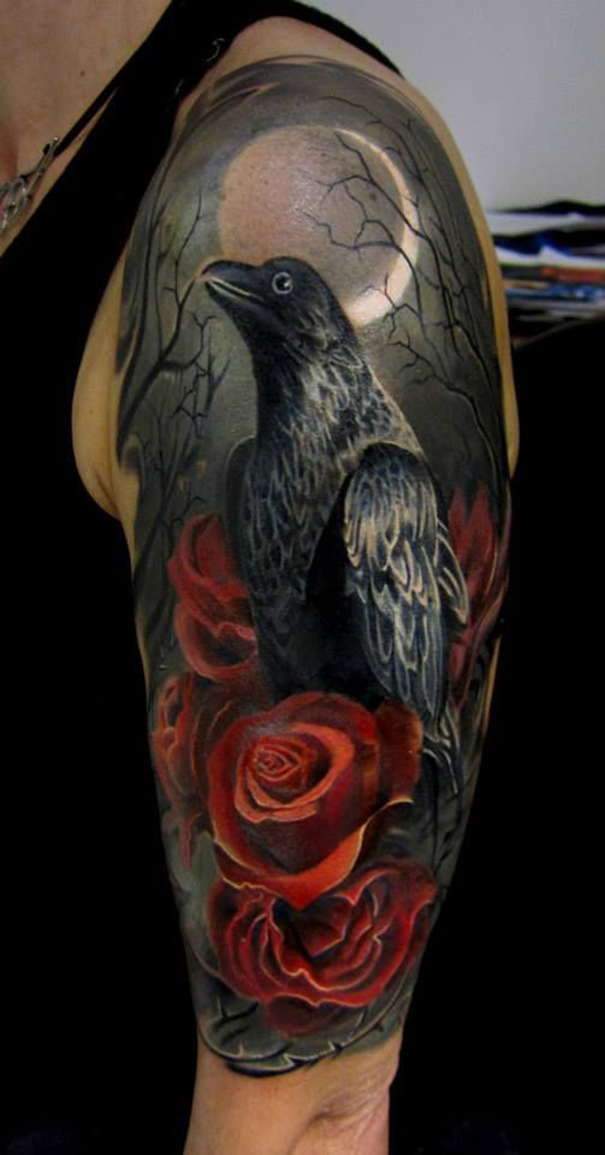 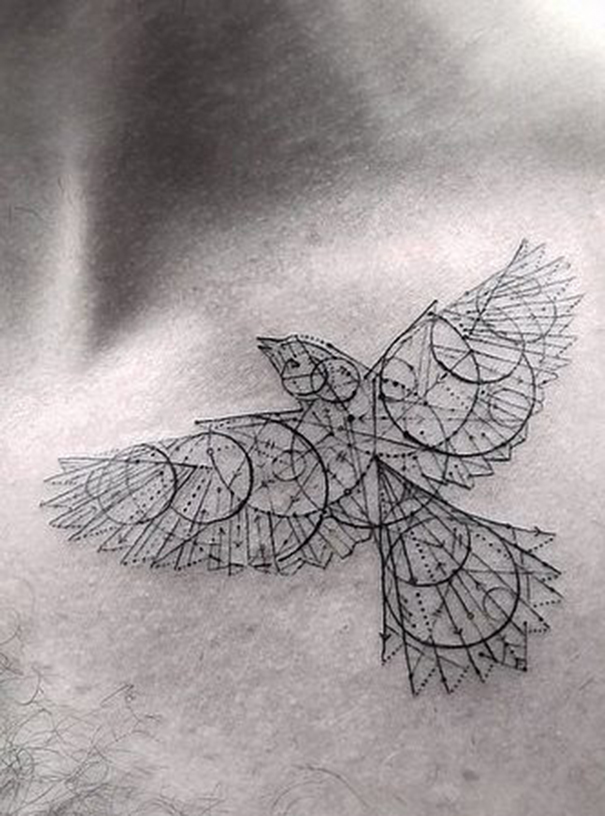 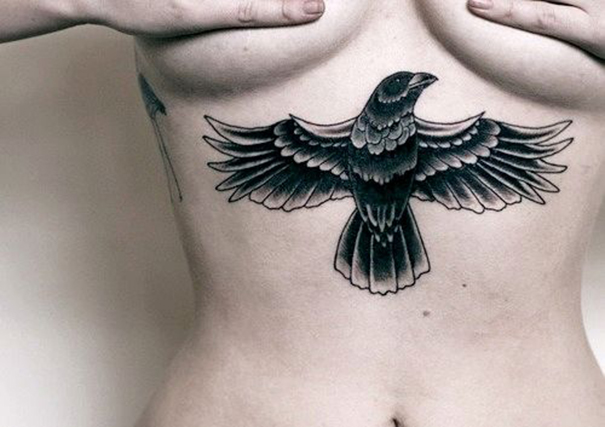 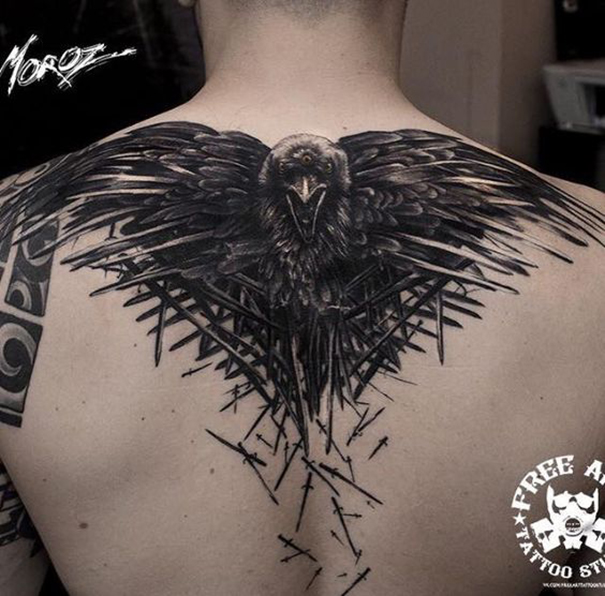 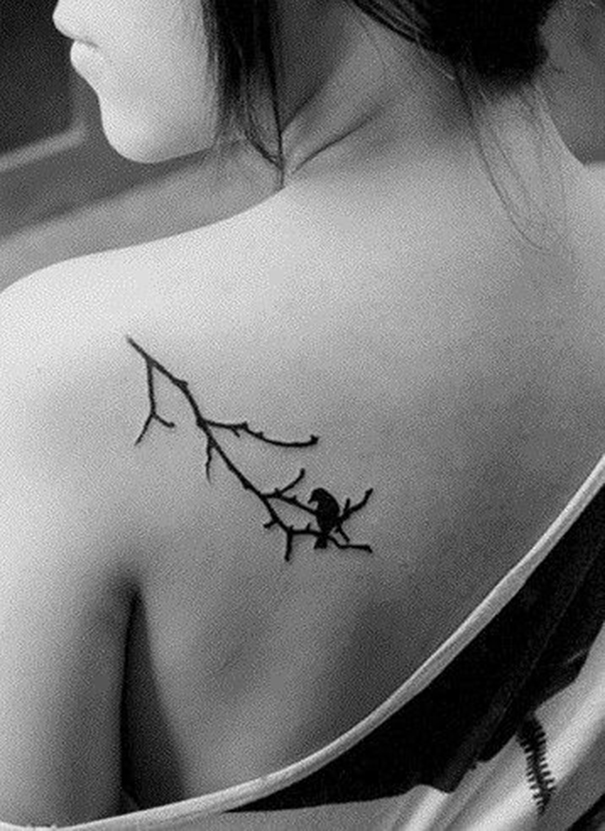 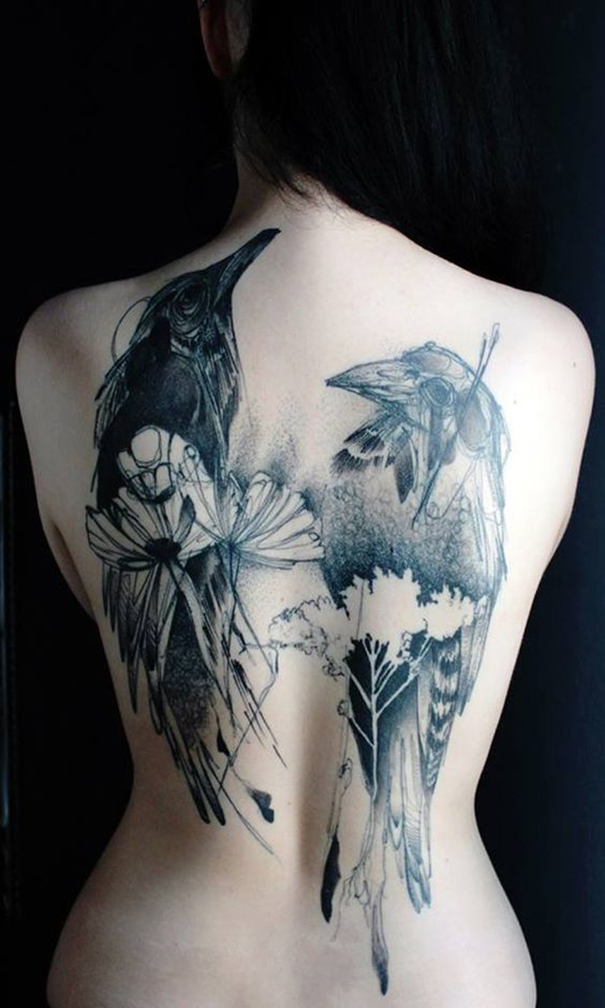 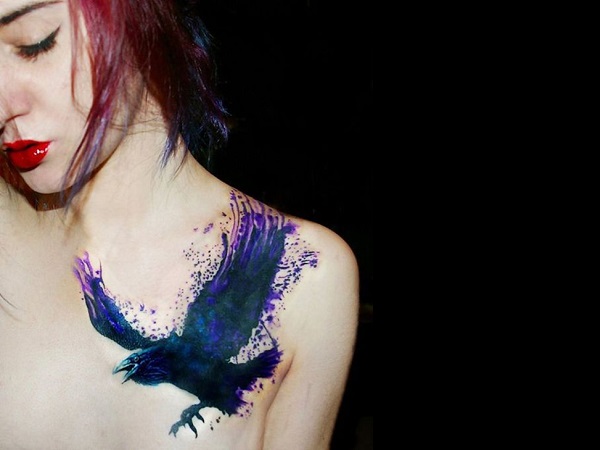 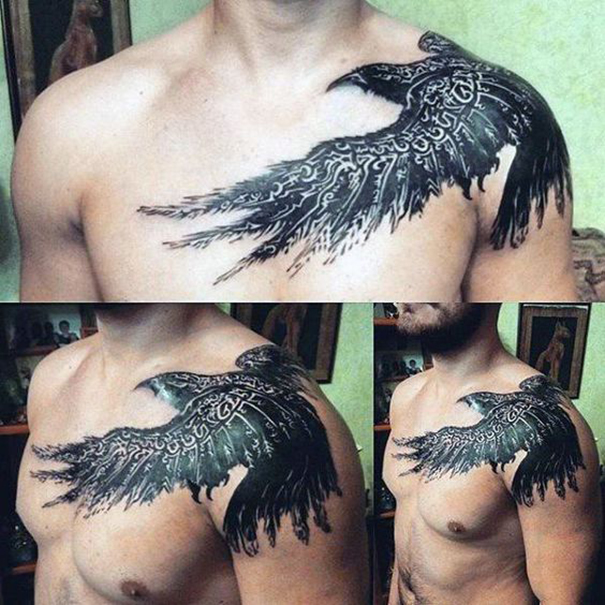 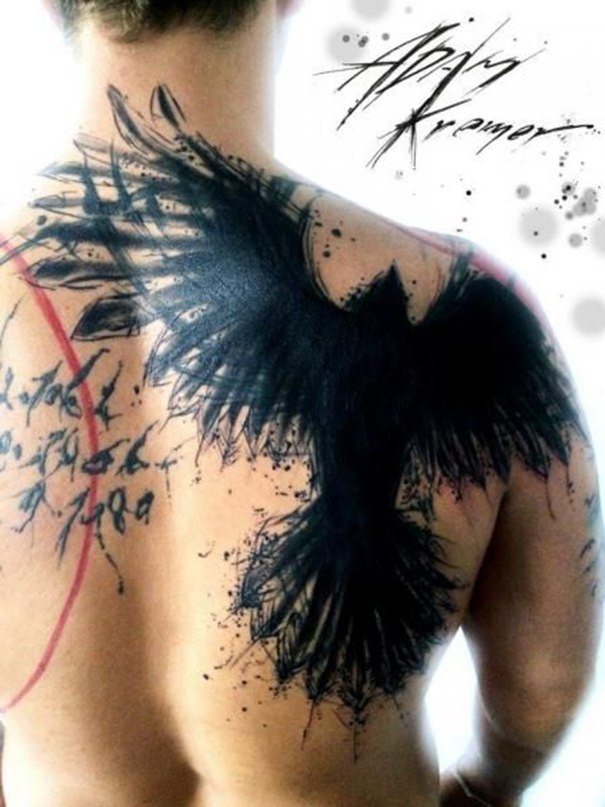 Astonishing Skeleton Hand Tattoo Designs, which will interest you a lot
The skeleton hand generally can have other meanings
0210