Batman is probably the coolest superhero we know. He is a billionaire playboy who runs an empire during the day and fights crime during the night. His fighting skills are unparalleled and he has all those gadgets that simply defy logic. As far as ‘superhero coolness’ is concerned, only Ironman comes close to Bruce. But that is only because Tony Stark is just as wealthy and as technologically savvy as Bruce Wayne; that is a discussion for another day. Batman tattoo for men are one way to pay tribute to this iconic man’s man! 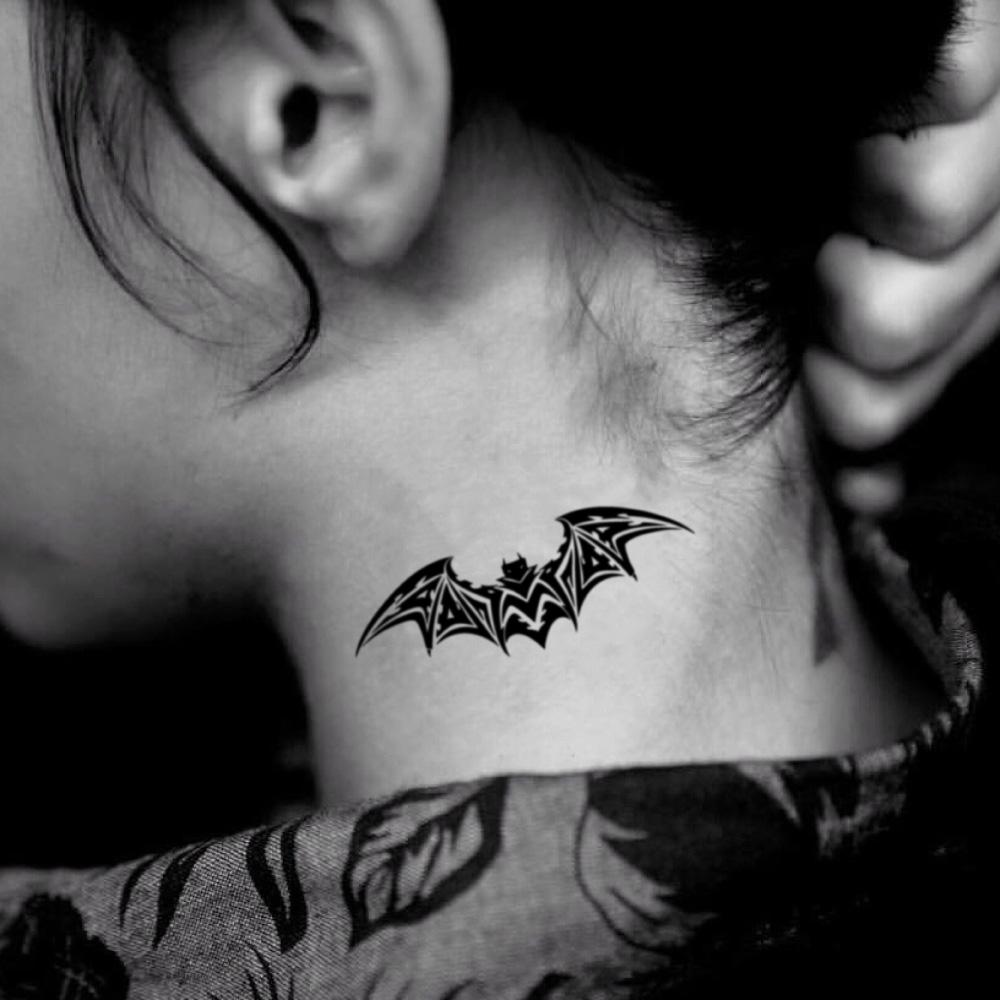 We all secretly dream of being rich, fearless and absolutely indomitable. Just like Batman. We could however, do without all those Gotham creeps always trying to hush the Bat’s mellow. Since Gotham is a place far, far away in the depths of our imagination, we are left with no choice but to live our lives precariously through Batman tattoos for guys.

There is no discussion here, Batman is cool. But you do not have to be limited to the main guy. If you are a Batman fan, you can choose to get a tattoo of any character from Gotham city. Some of the best tattoos include The Joker or Poison Ivy. It doesn’t matter what you choose to go with as long as they are from Gotham then true fans will understand what you are all about. But since we all want to be the top dog, getting a Batman tattoo should be your ultimate goal. You can choose to get a tattoo of his face; his awesome cape; one of his many symbols or even one of the ever so glorious Bat-mobile. 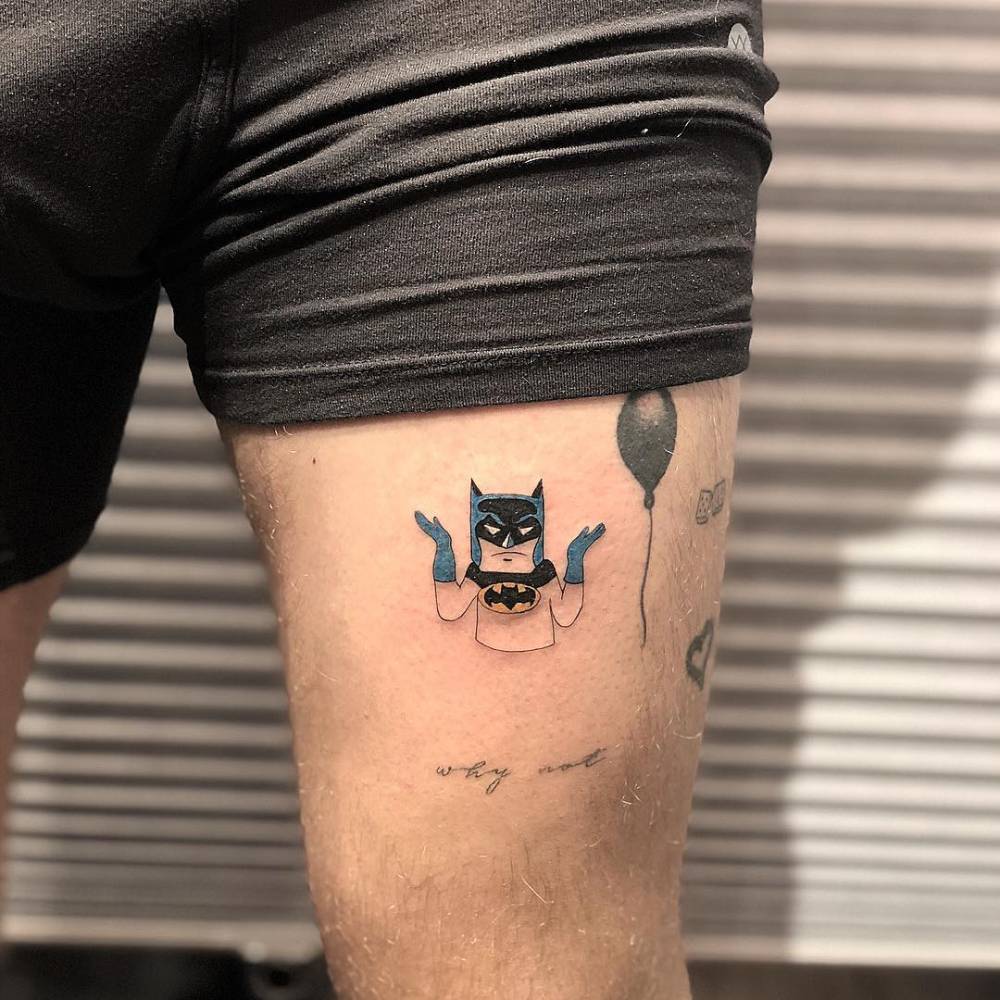 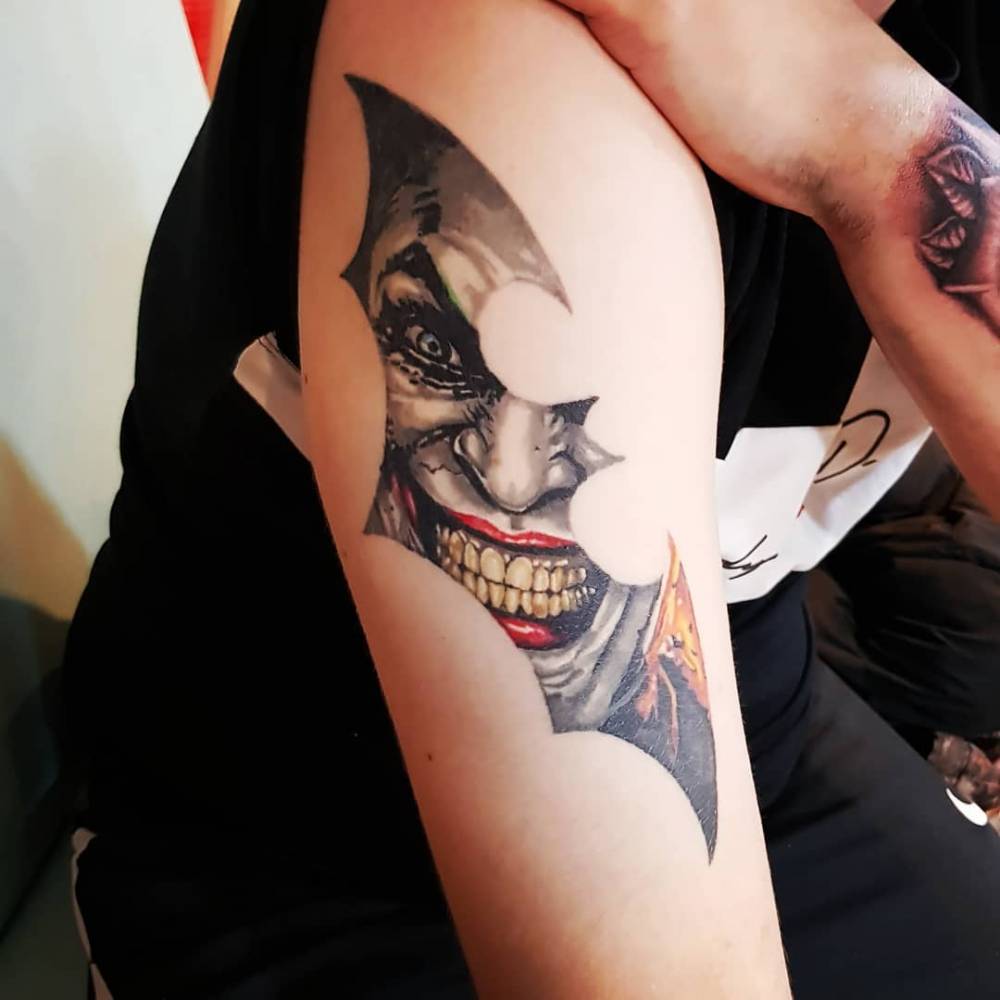 They symbolize what you stand for

Batman stands for good societal values such as justice. He might choose to enforce these values using mighty force, but the end justifies the means in most of his cases. Whatever the case, he is a symbol of hope for the people of Gotham. Hope that someone still cares and that someone is looking out for the city; keeping those things that go ‘bump’ in the night at bay. He also symbolizes hard work, dedication and sheer courage. In case you have forgotten, Batman does not have any super powers. Just true grit and an amazing array of skills amassed over years and years of training, pain and will. 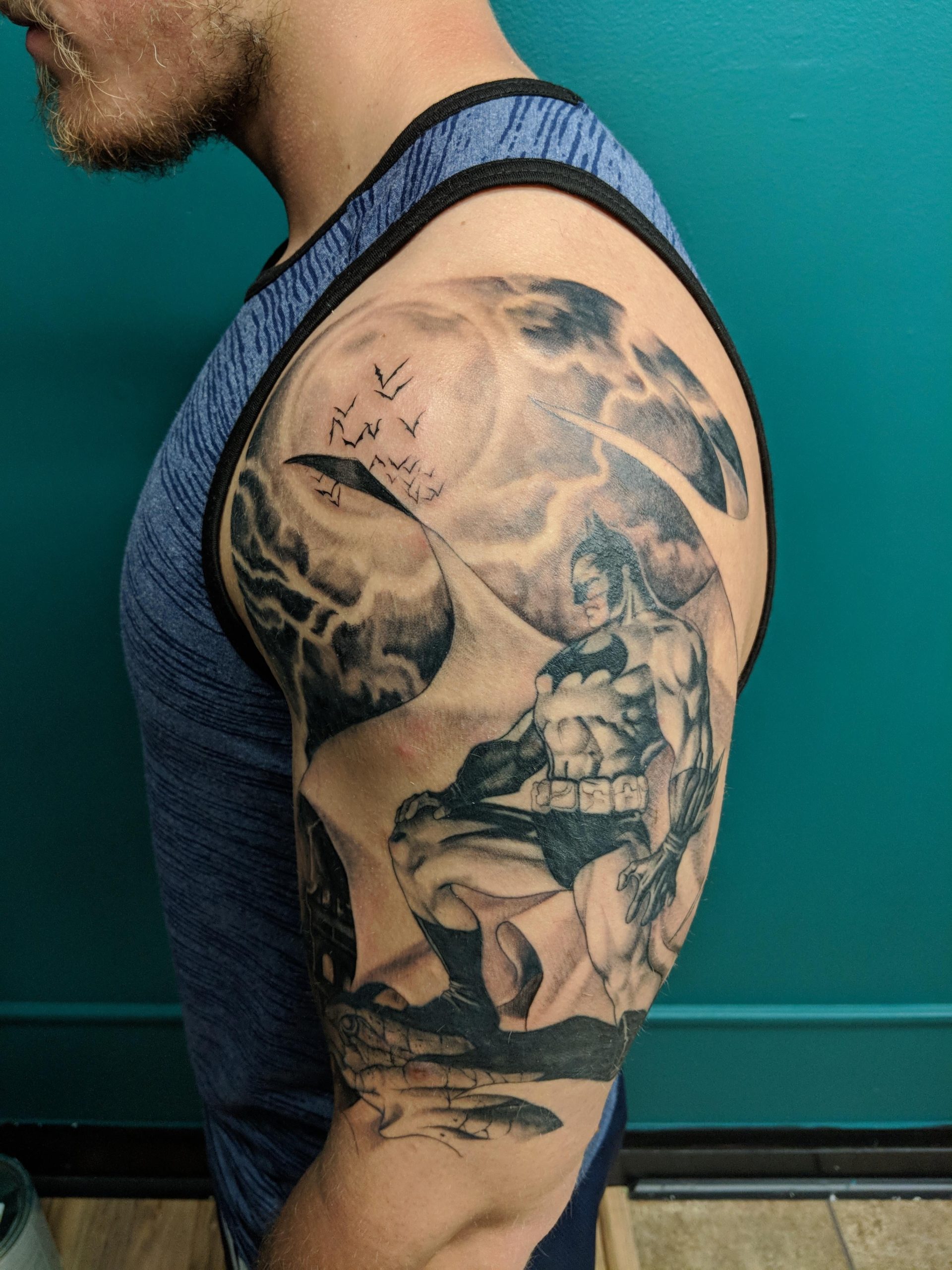 Batman tattoos are generally very heavy and full of color. They are not simple sketches that will take about a few seconds to do thus minimizing your time under the niddle. These tattoos take work and a lot of niddle time. If you are going to be getting one, you are going to need to master all the courage you can find. For ink lovers, this is nothing; for regular humans, this kind of pain may prove too much. As a man, having an awesome Batman tattoo goes to show that you know what cool is and that you have the stones to engrave it on your body despite the pain.

Check out the best Batman Tattoo Ideas for Men 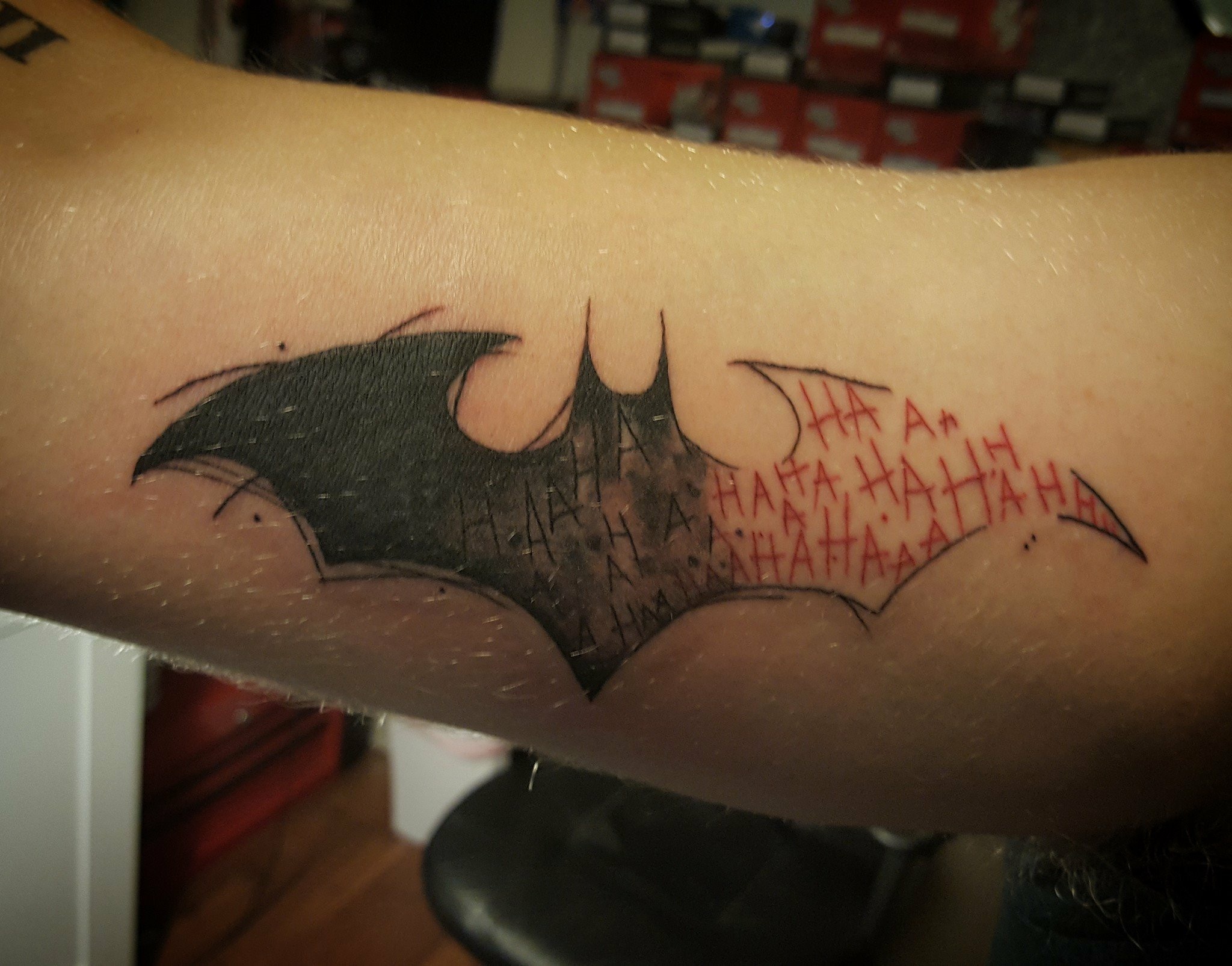 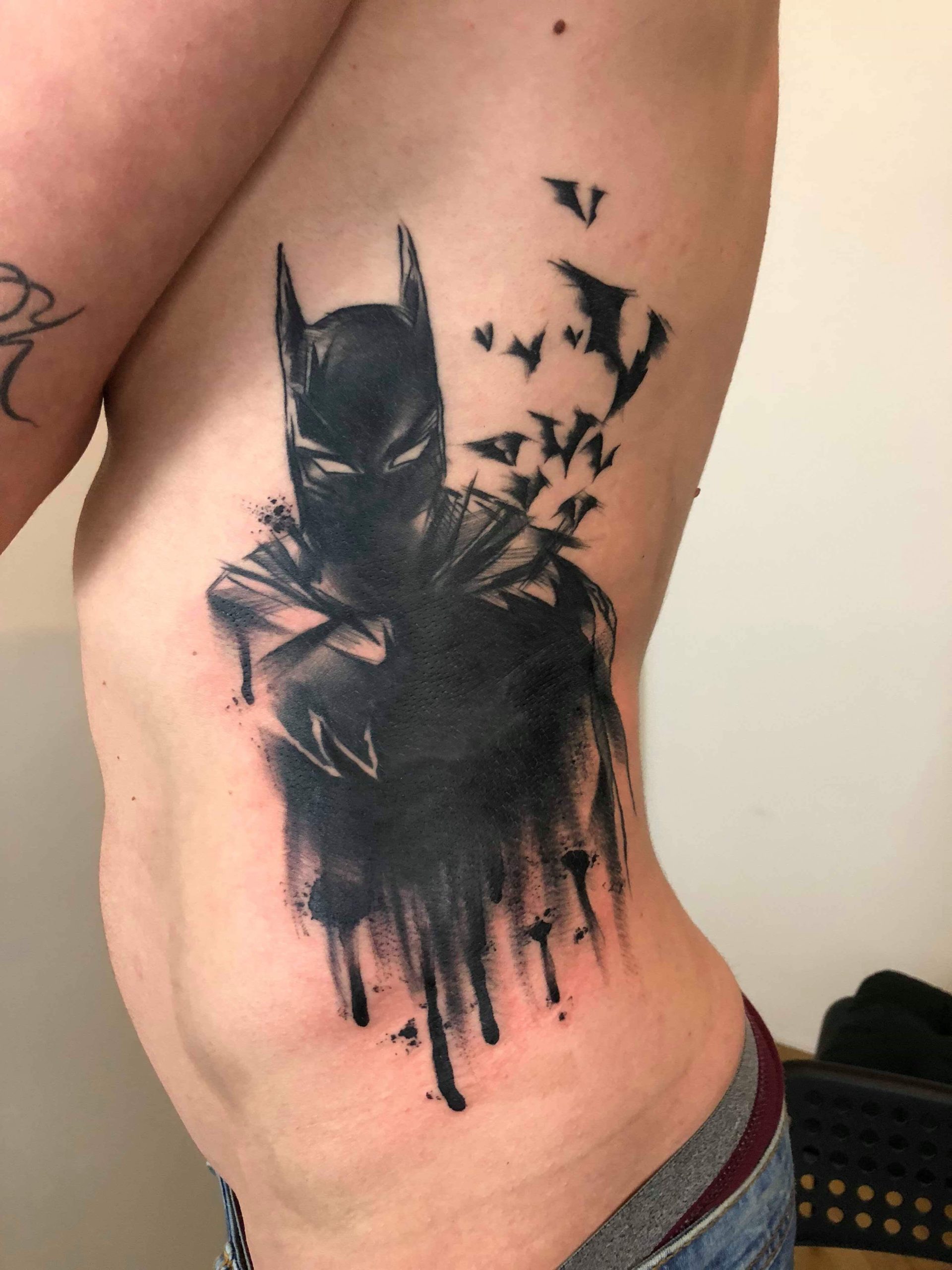 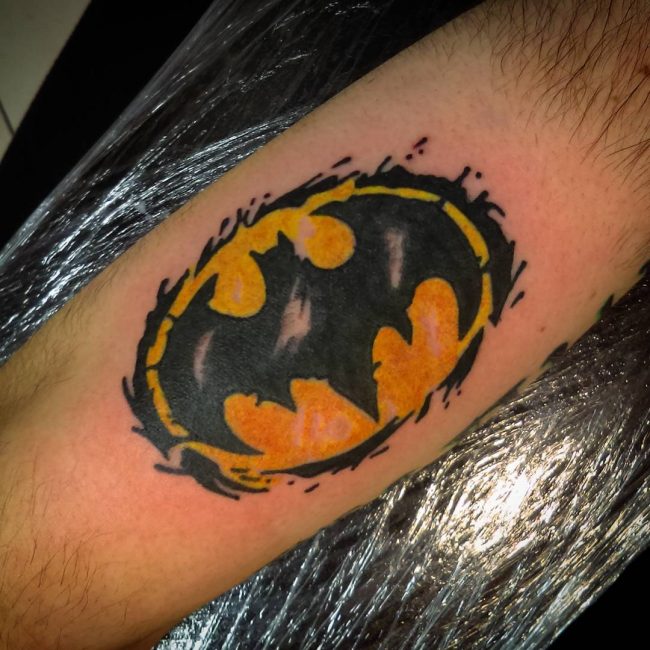 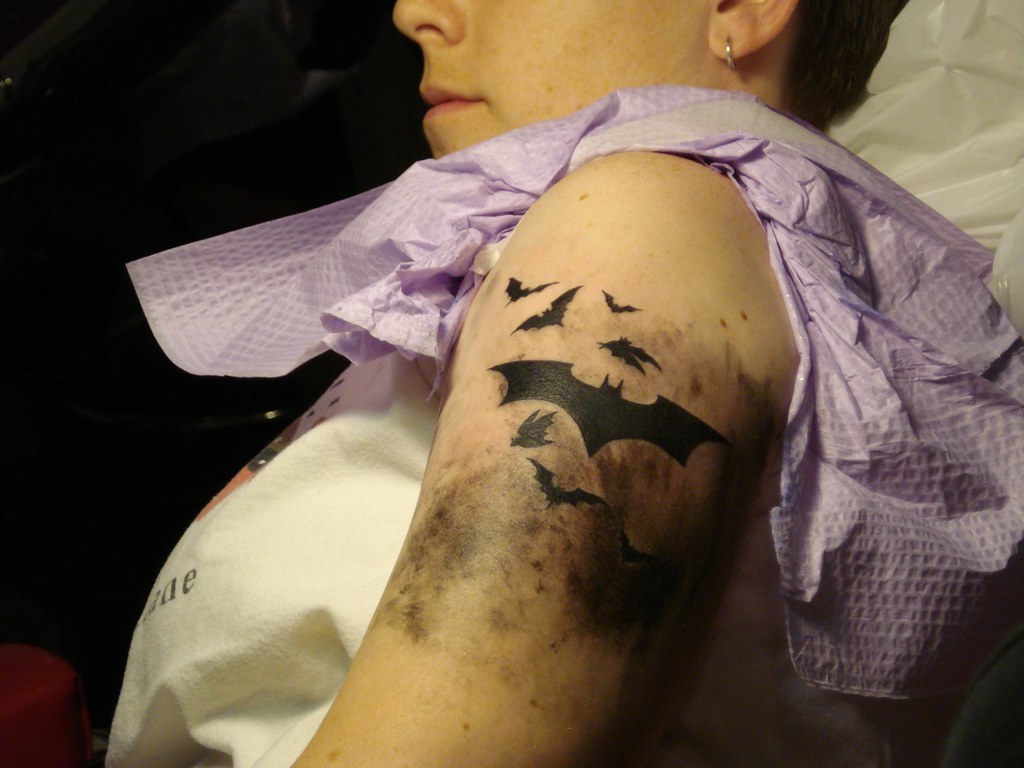 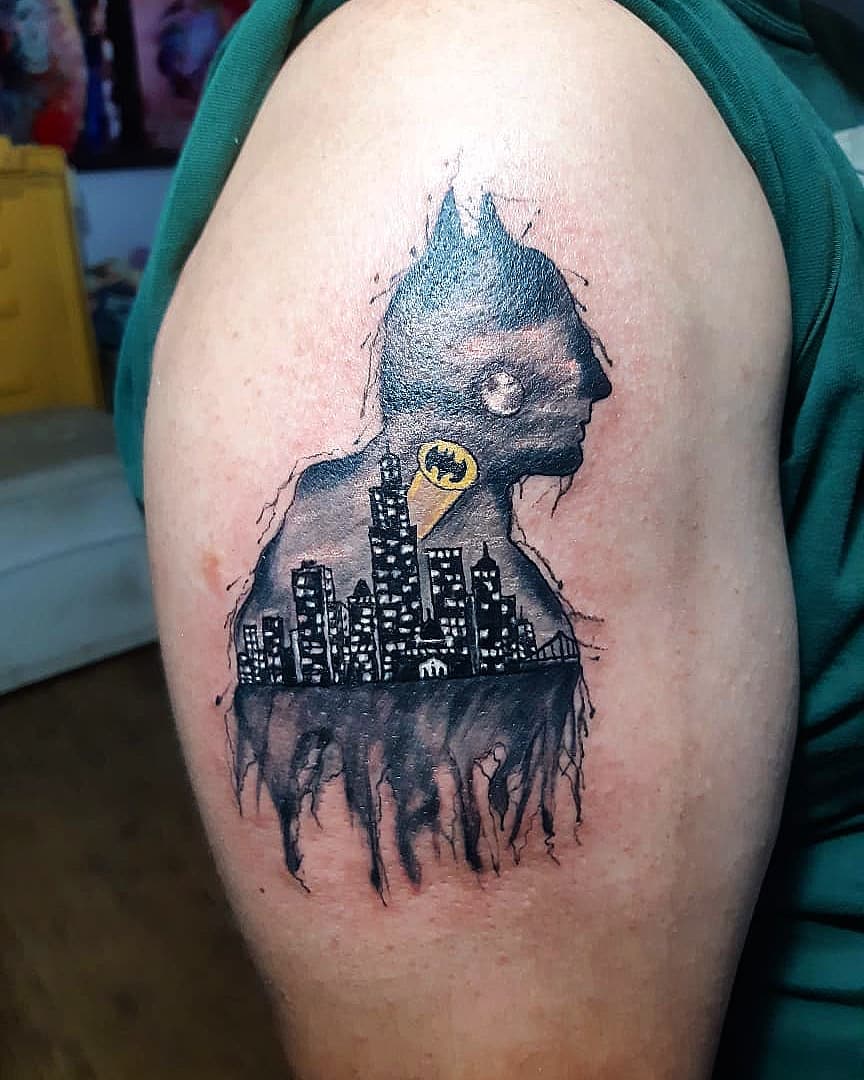 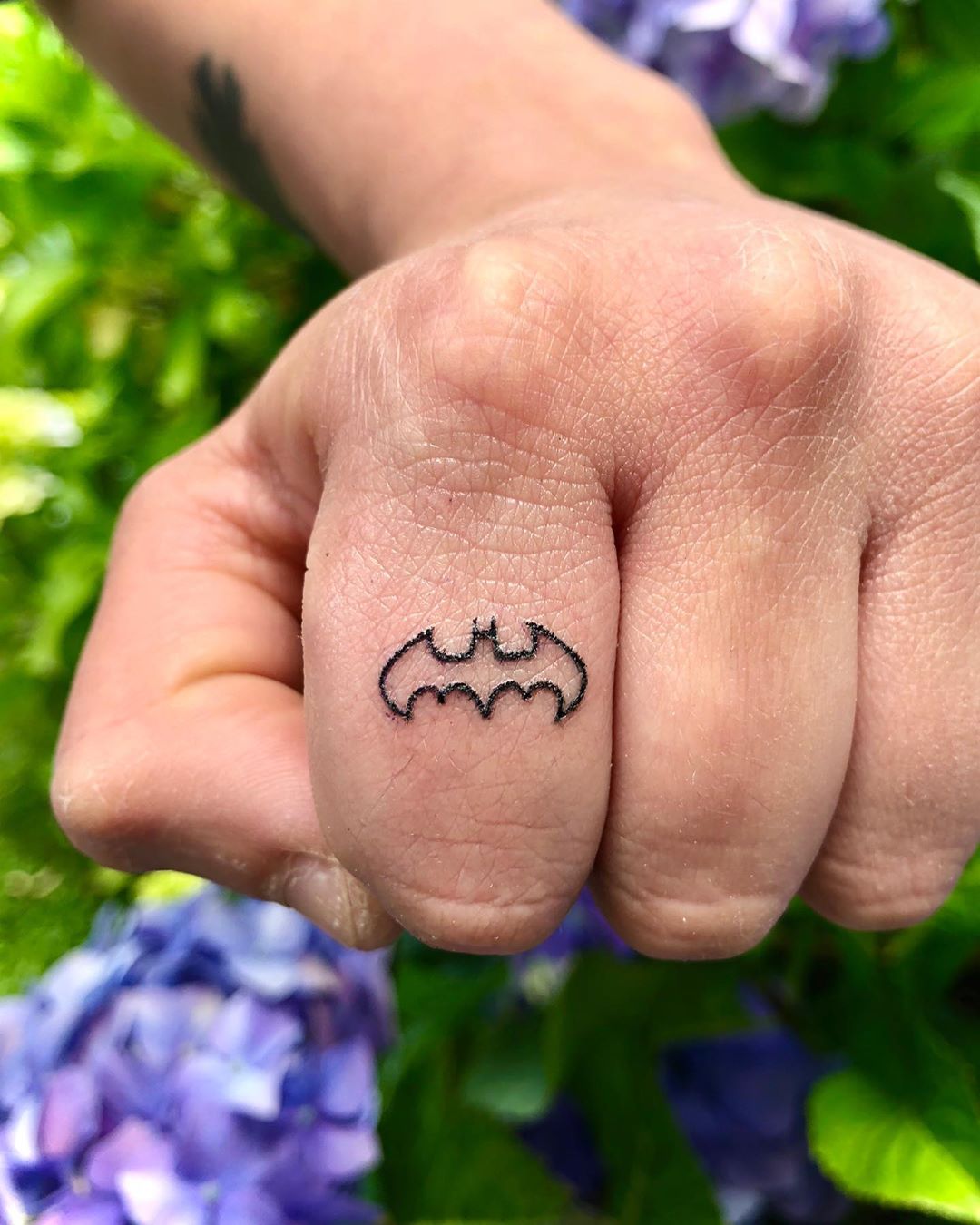 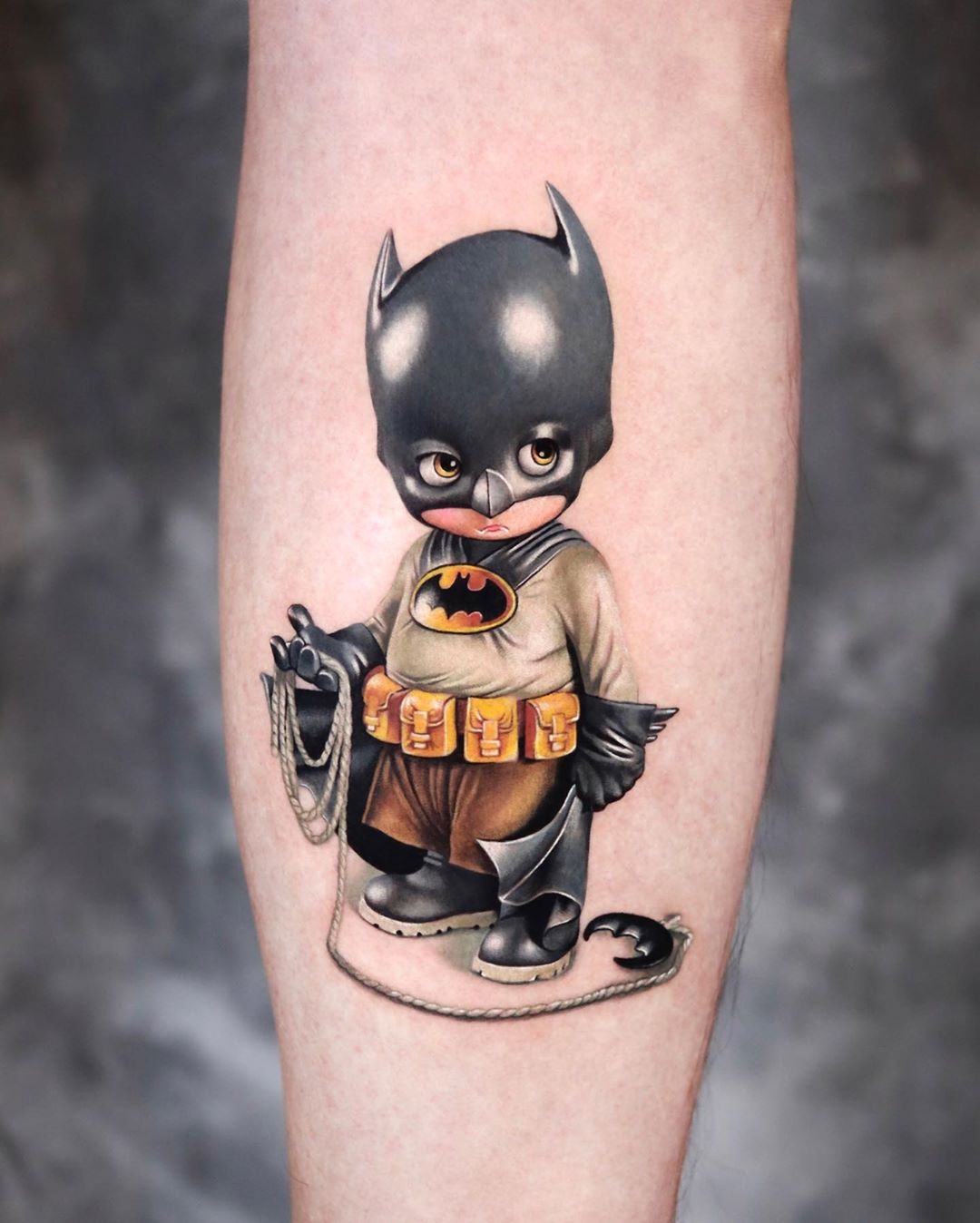 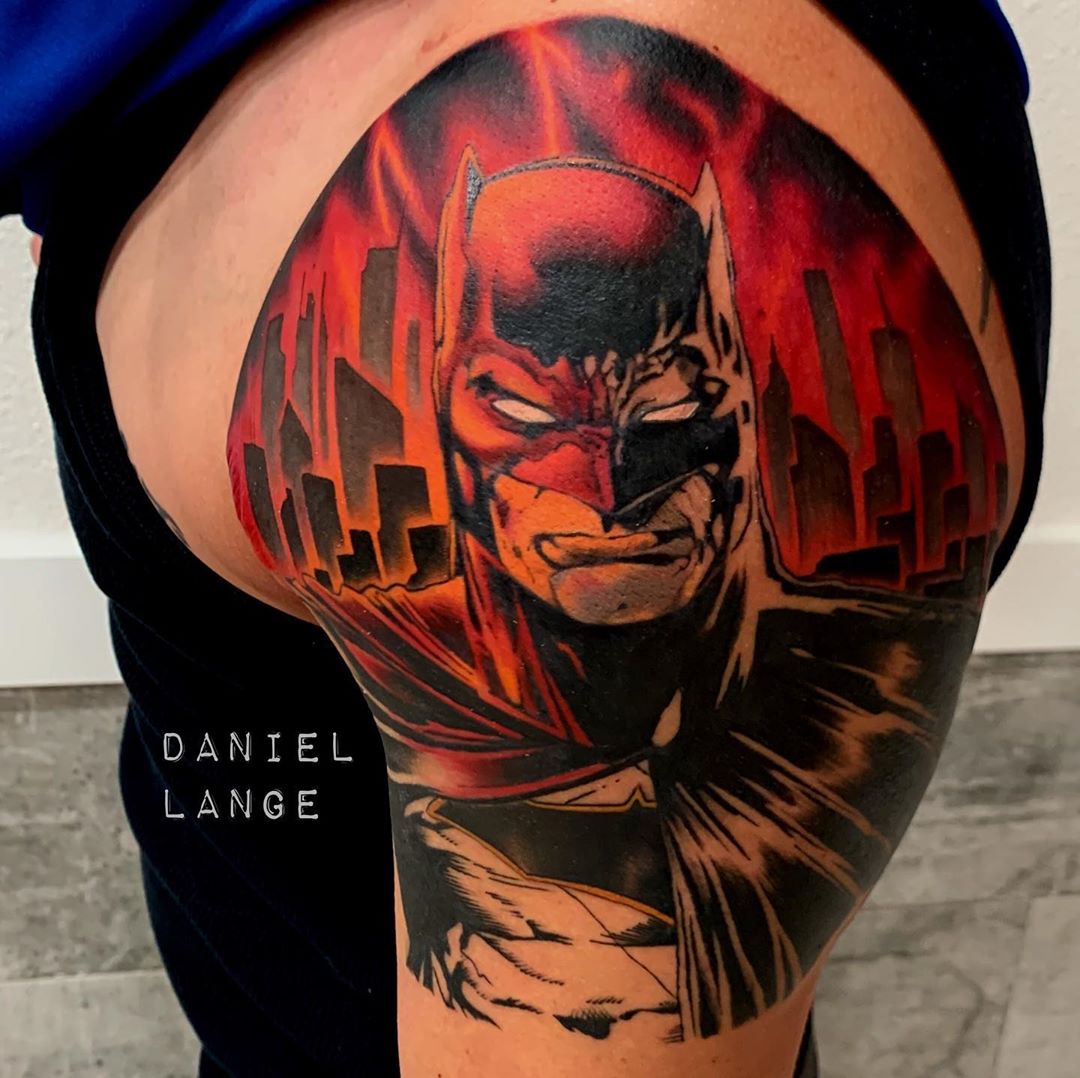 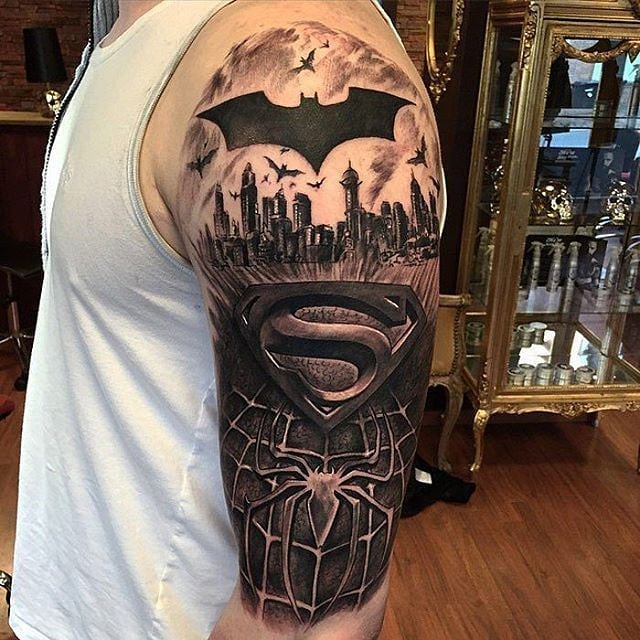 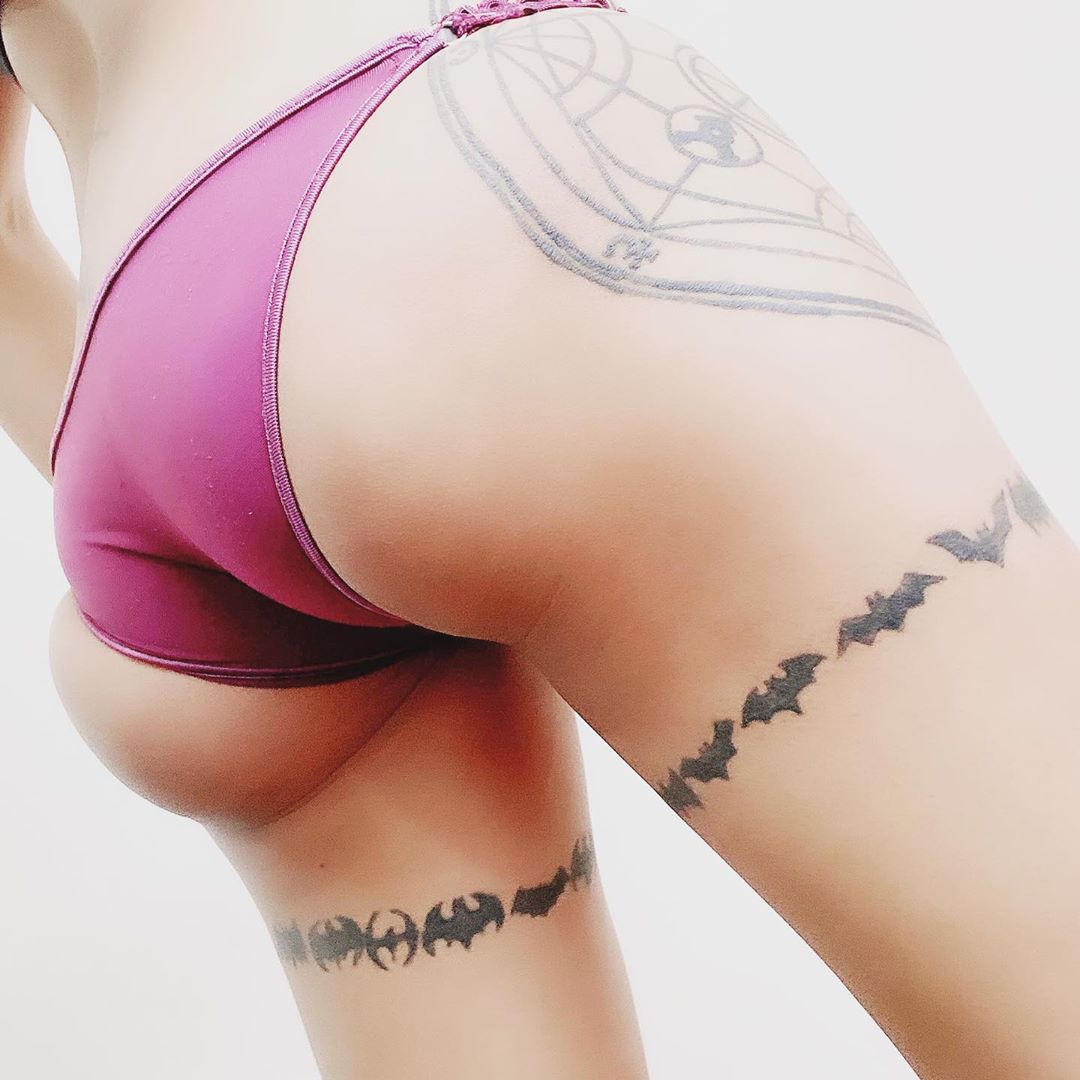 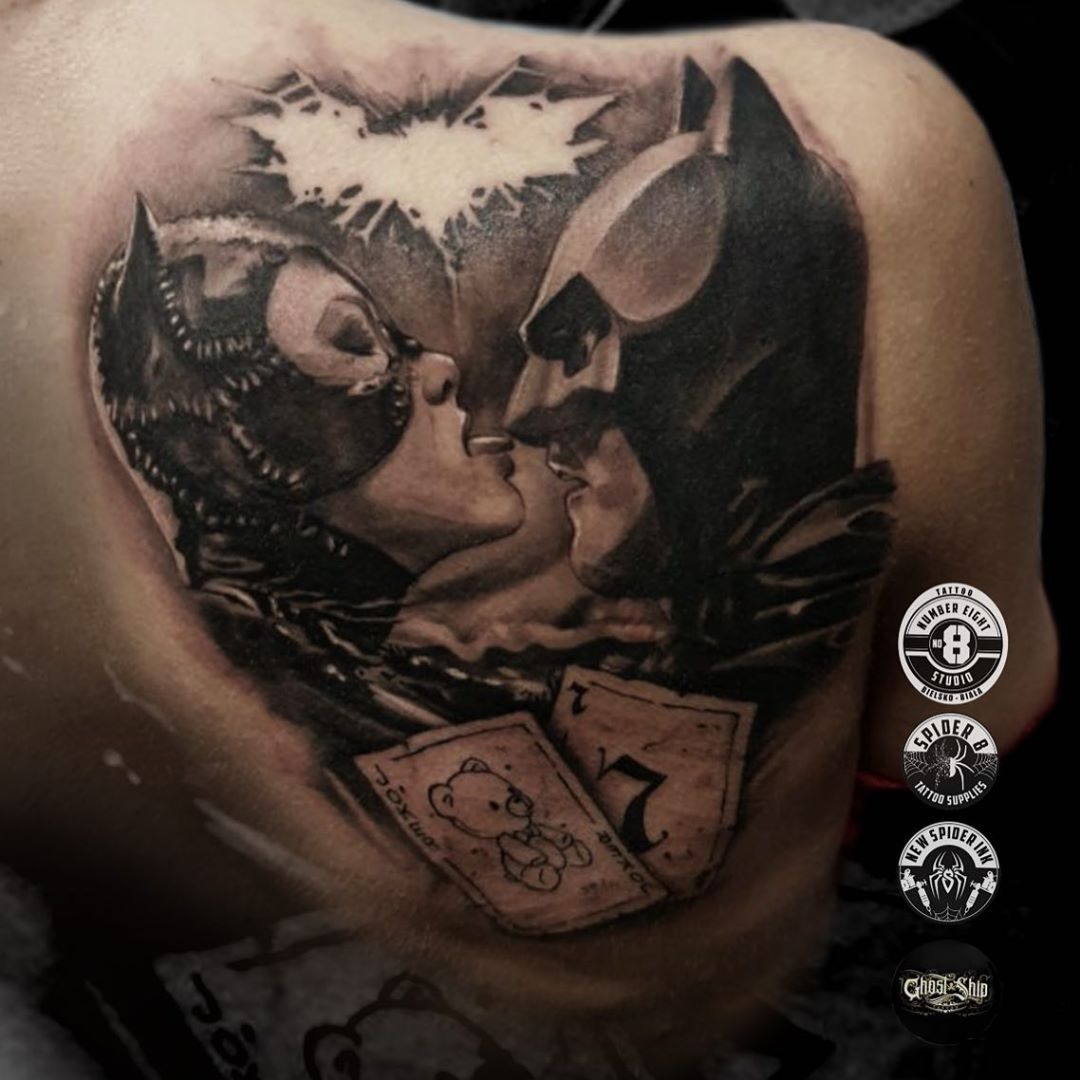 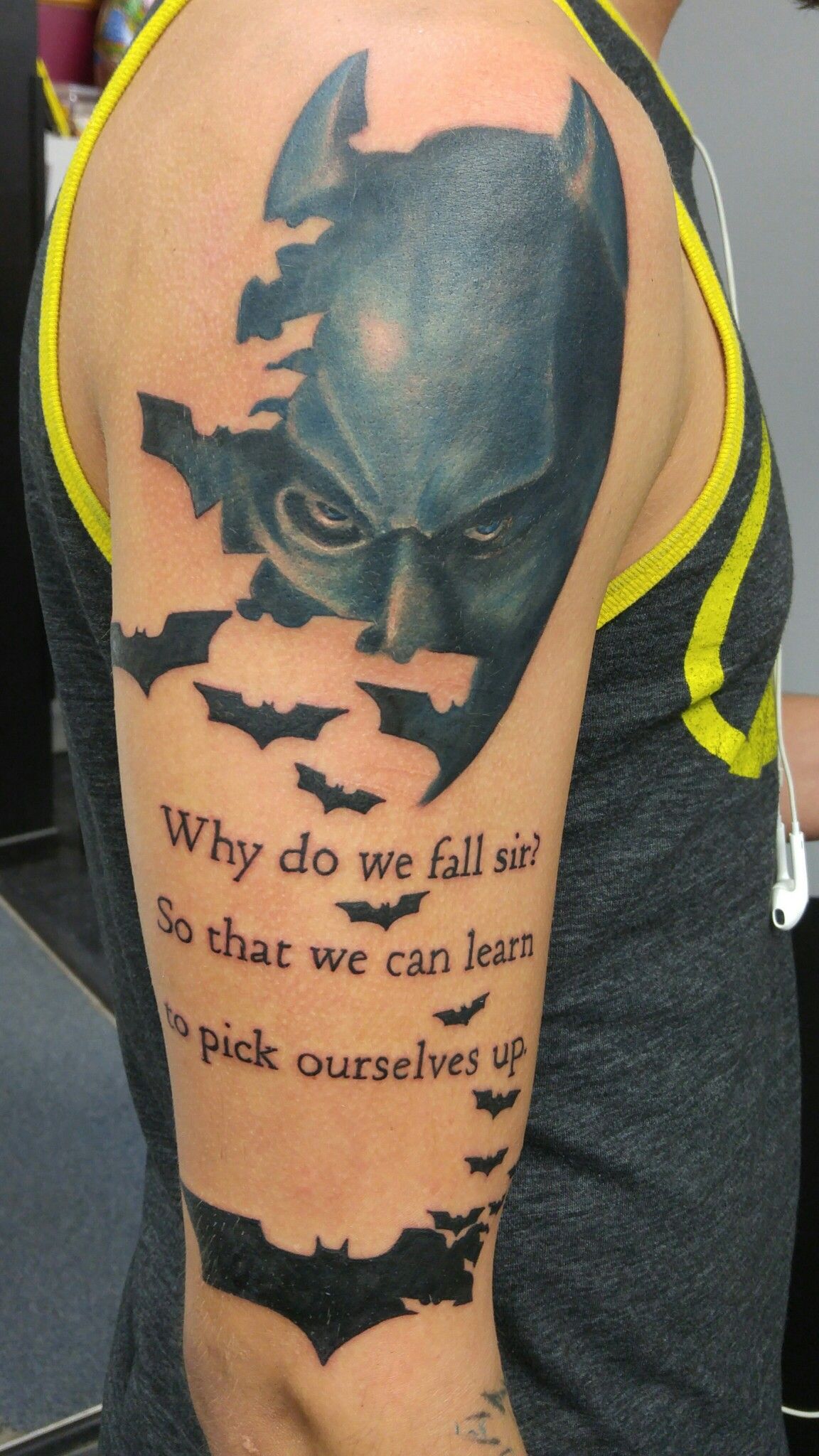 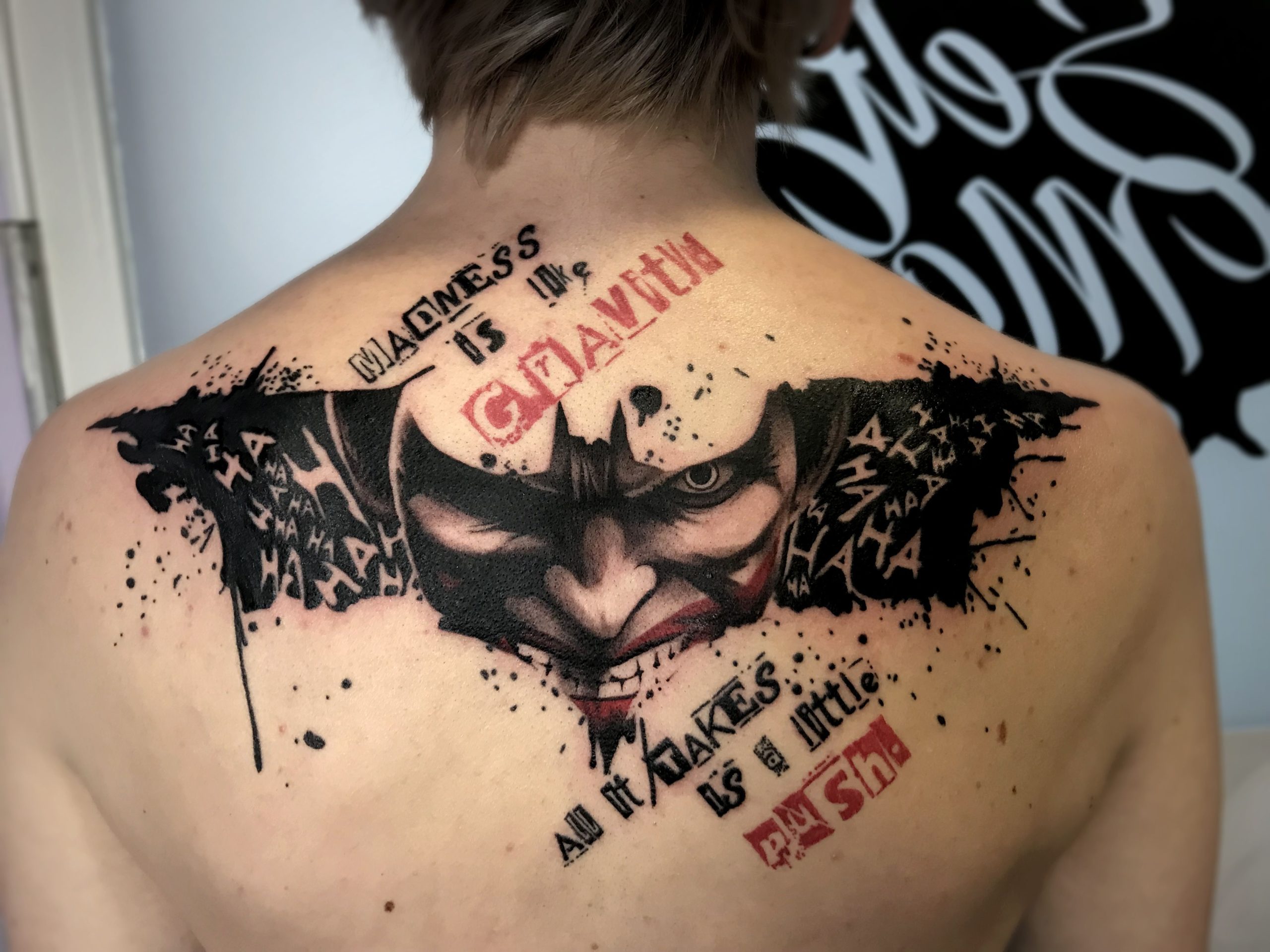 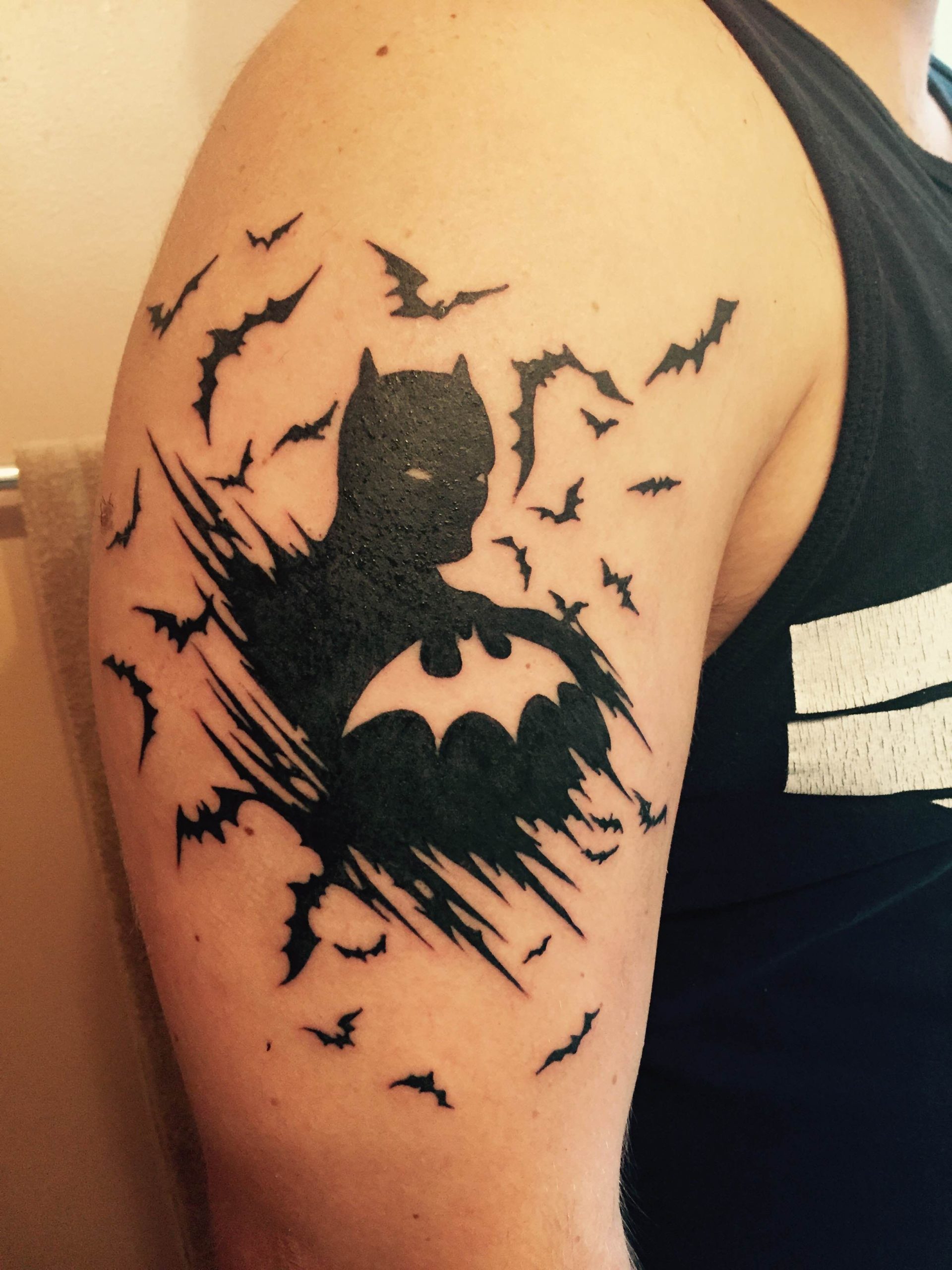 Astonishing Skeleton Hand Tattoo Designs, which will interest you a lot
The skeleton hand generally can have other meanings
0335