Fleur de Lis is one of a traditional style of tattoo that symbolizes Frankish and Western nobilities. The symbol pictures a beautiful iris that grows on the bank of the Lys River in France that’s why the flower has such a beautiful and romantic name. It is translated as “lily flower” and the main meaning of the symbol of purity. Moreover, in Christianity, fleur de lis was a symbol of Virgin Mary and divinity. Three petals of the flower are Holy Trinity. Thus fleur de lis is a symbol of great faith.

Of course such special symbol has more than one meaning. Here are the most popular interpretations of fleur de lis symbol; royalty, glory, power, strength, unity, wealth and etc. If you have chosen fleur de lis tattoo, you can interpret it in any way you feel it.

Fleur de lis tattoos are mainly medium sized tattoo both in one tone and colorful. It can be pictured in a traditional way or in New School Style combined with other details. 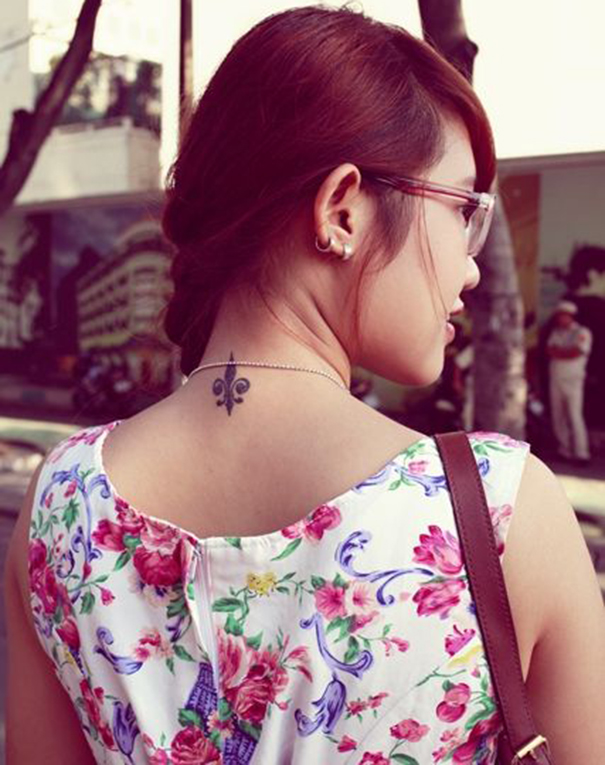 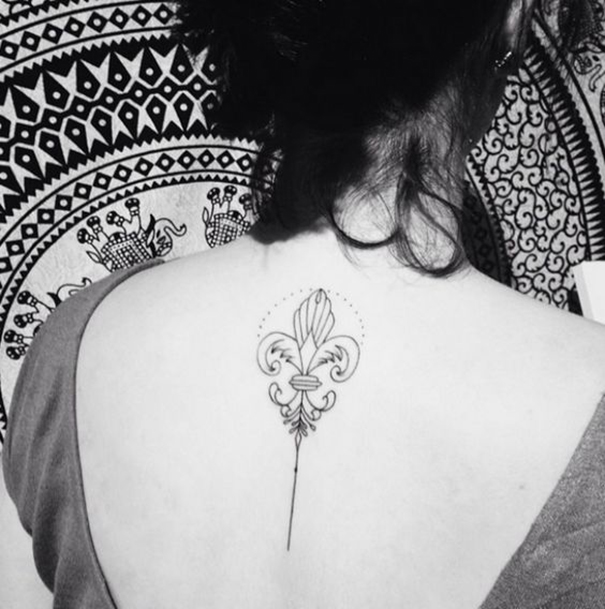 Such small yet important symbols with deep meaning should be placed somewhere really special to catch much attention. The best part for fleur de lis tattoo is back of the neck or spine. Tiny fleur de lis on back of the neck can be easily hidden under hair in case you don’t want to show your tattoo. More often fleur de lis is inked on foot, toe and wrist. In any case fleur de lis will look cool on any part of the body. 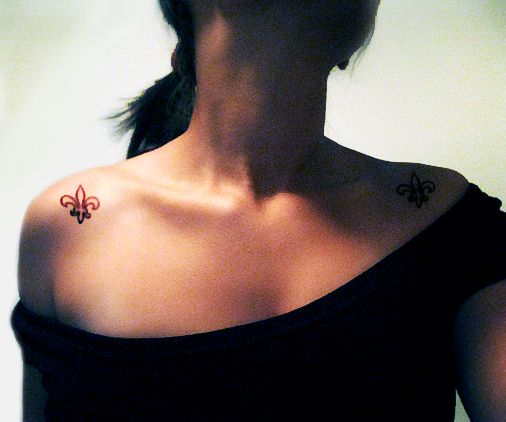 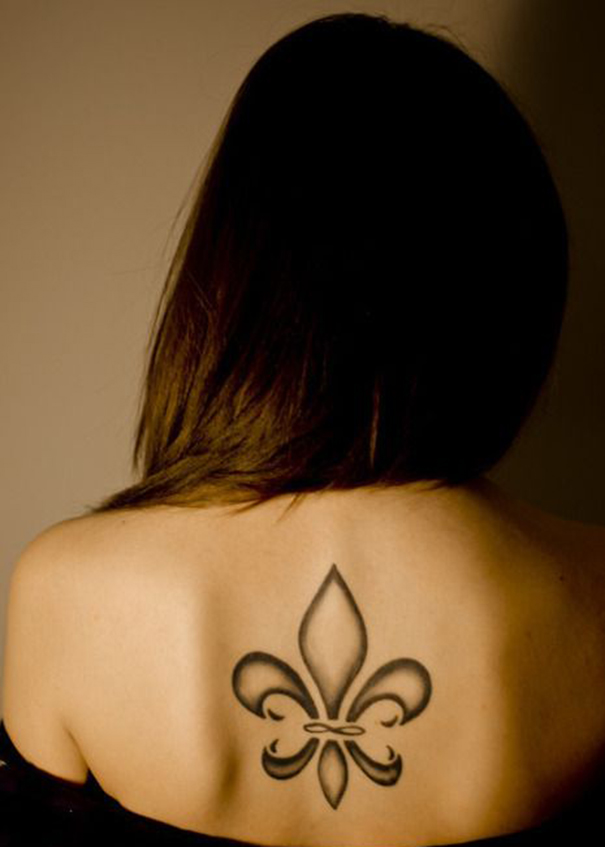 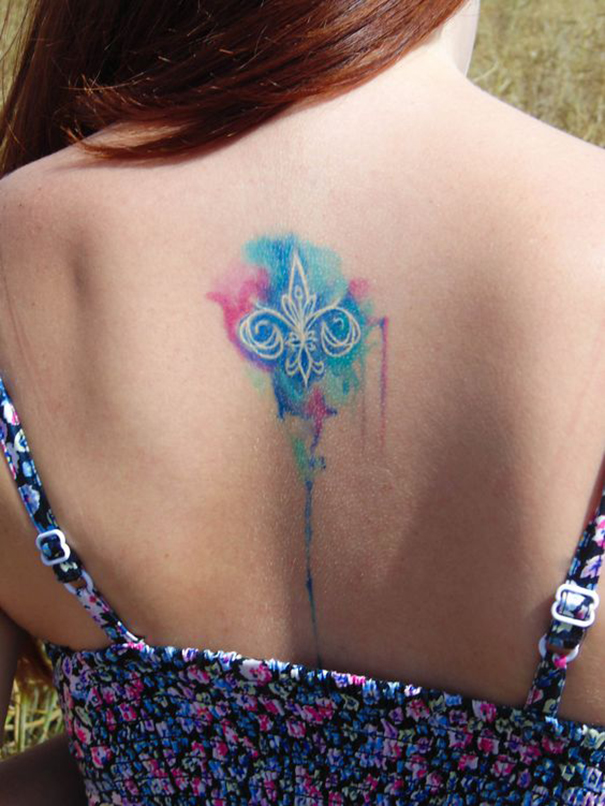 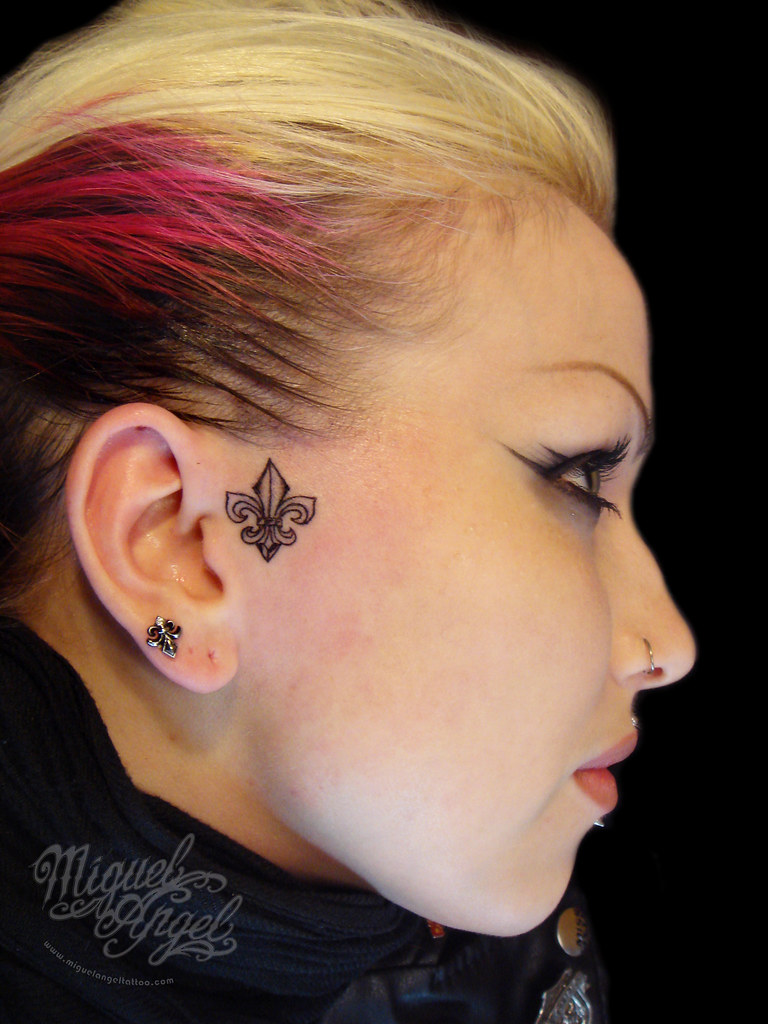 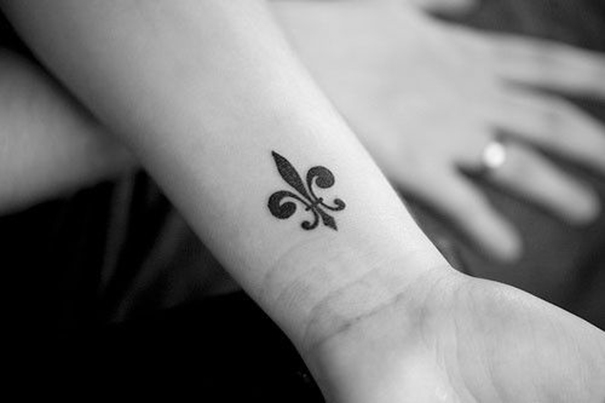 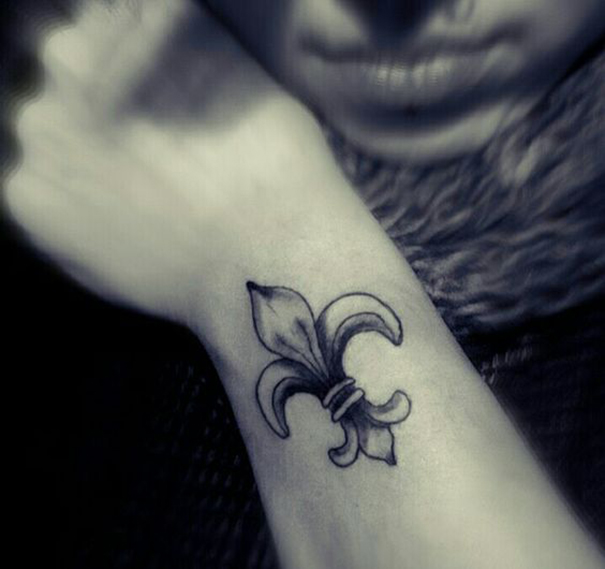 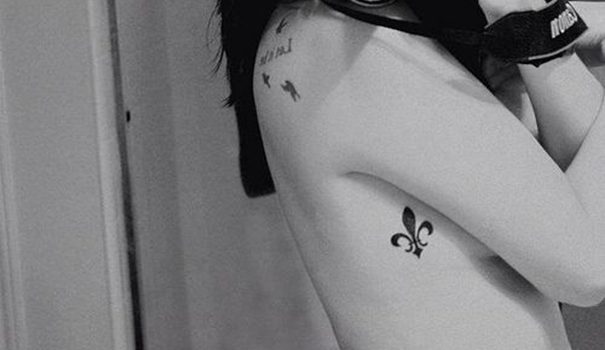 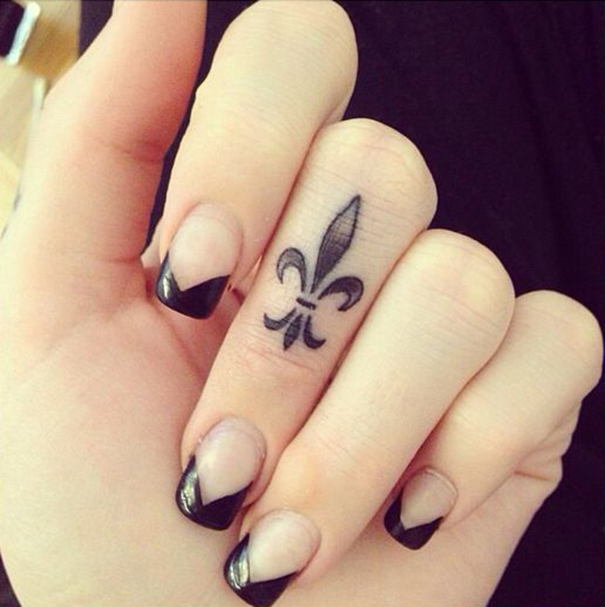 Astonishing Skeleton Hand Tattoo Designs, which will interest you a lot
The skeleton hand generally can have other meanings
0233