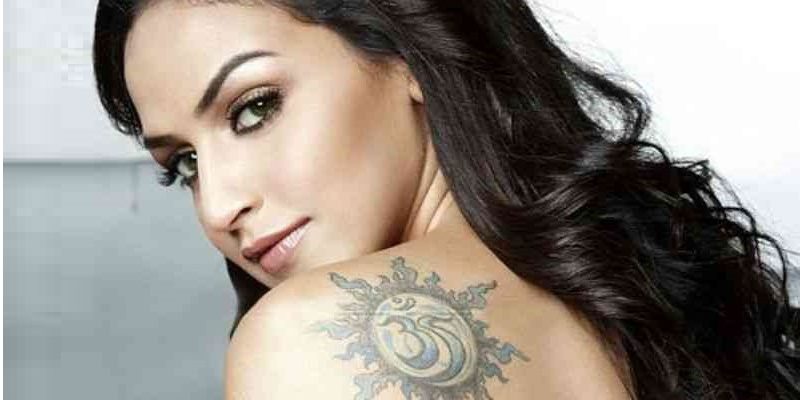 Om (ॐ) is a Sanskrit word that has become one of the most used Sanskrit word for tattoo Indeed, the word itself has a deep meaning and it is used in many mantras. This is the mantra of divine. It is the way to introduce the notion of universe to human nature. Om is also used as a common chant in meditation. Chanting helps to calm mind and be closer to cosmos. 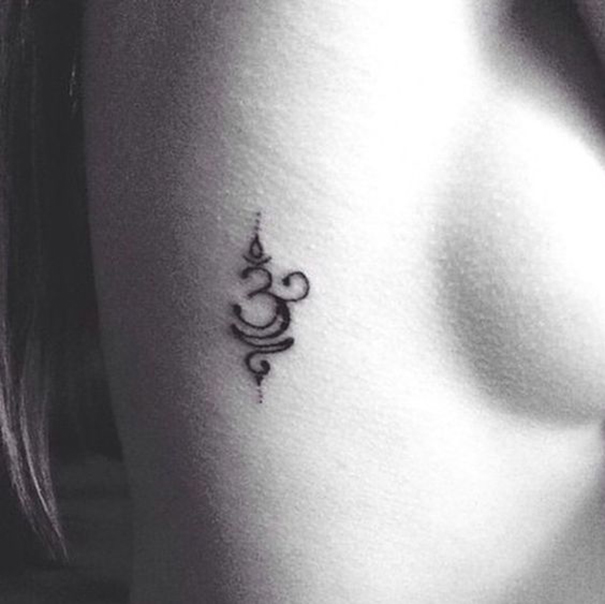 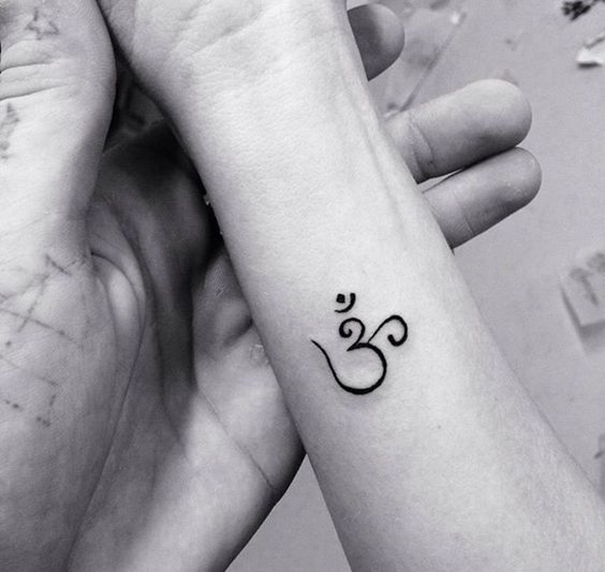 The symbol consists of three parts and every part has its meaning; I exist, I know, I am blissful. Om symbol can also be a unique quote tattoo that carries a deepest meaning in a single symbol.

Indeed Om is respected symbol that is seen in many ancient cultures and religions like Hinduism, Jainism, Buddhism and Sikhism. Small yet very impressive symbol is a perfect choice for those who wish to impact a deep meaning in a small tattoo. Beautiful symbol looks quite exotic.

Traditional Om symbol is tattooed without any other details and it doesn’t make it less impressive. Still you can find some examples of Om symbol combined with flowers, Mandala patterns tree, dragon and etc. Of course you can create your own style with Om symbol that will be unique and you will be the one to wear a unique Om tattoo. 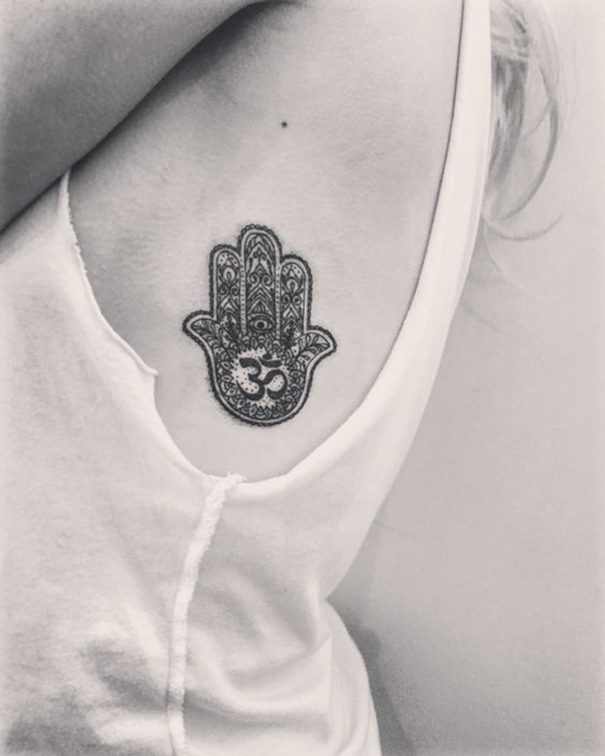 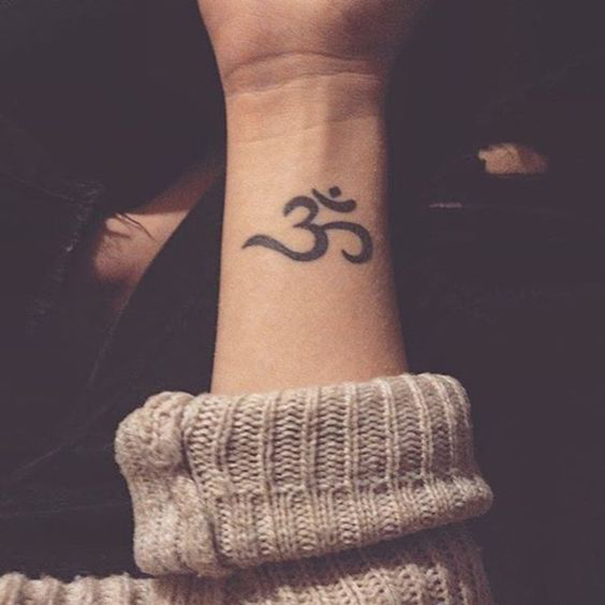 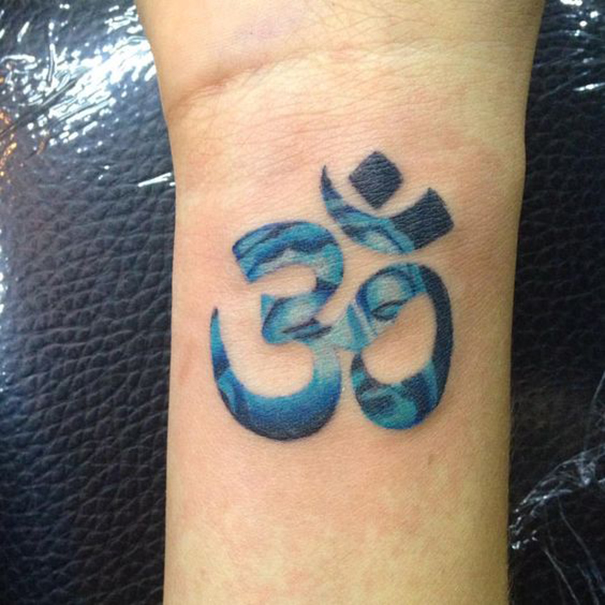 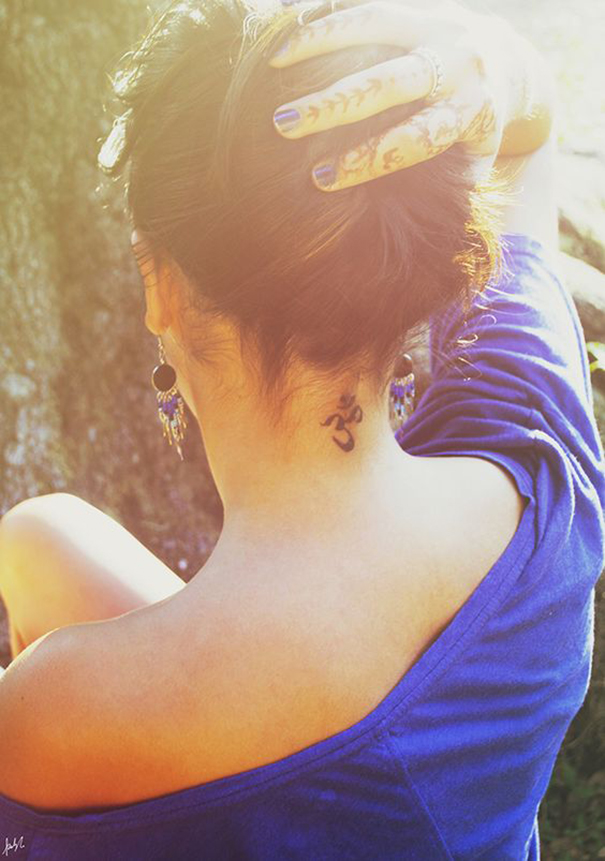 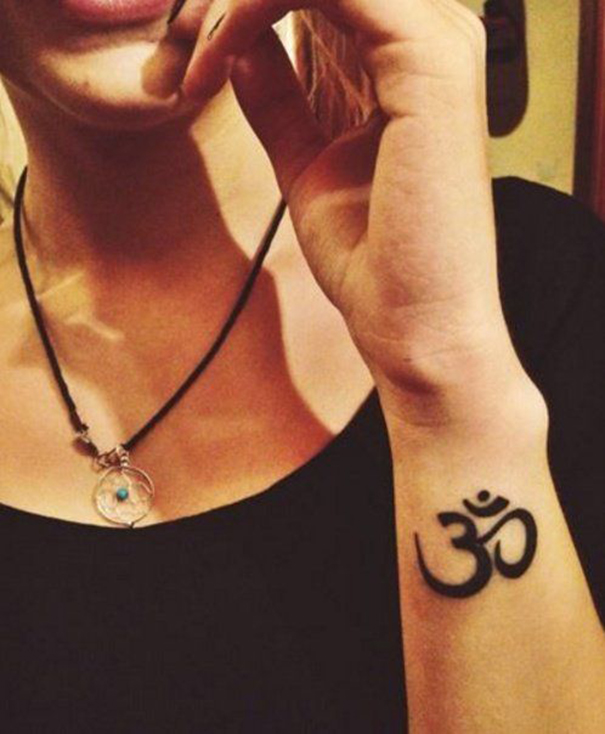 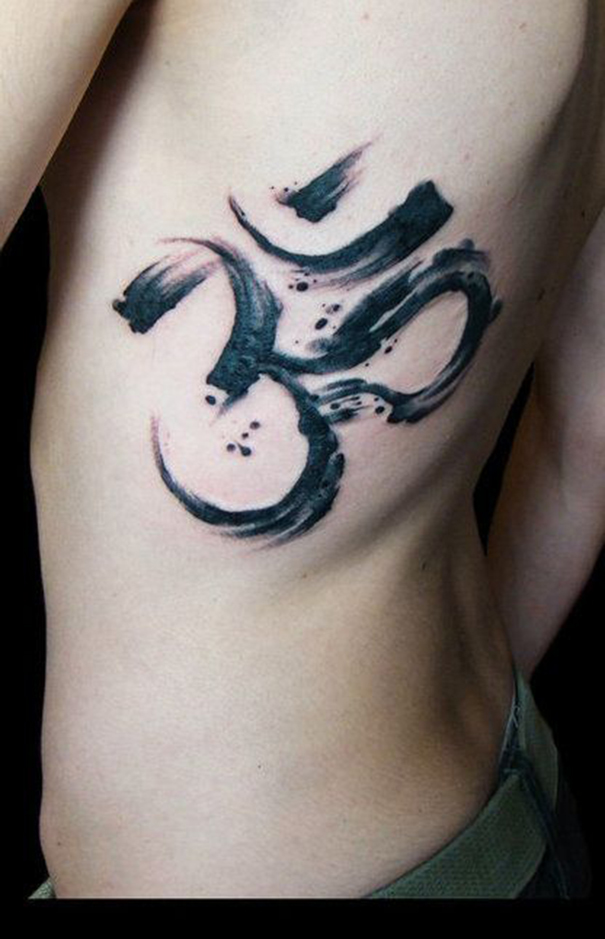 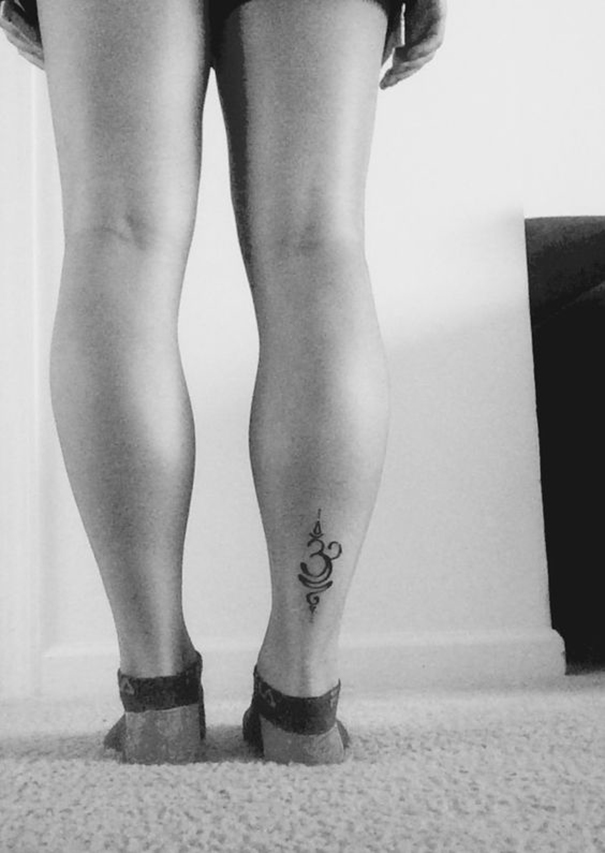 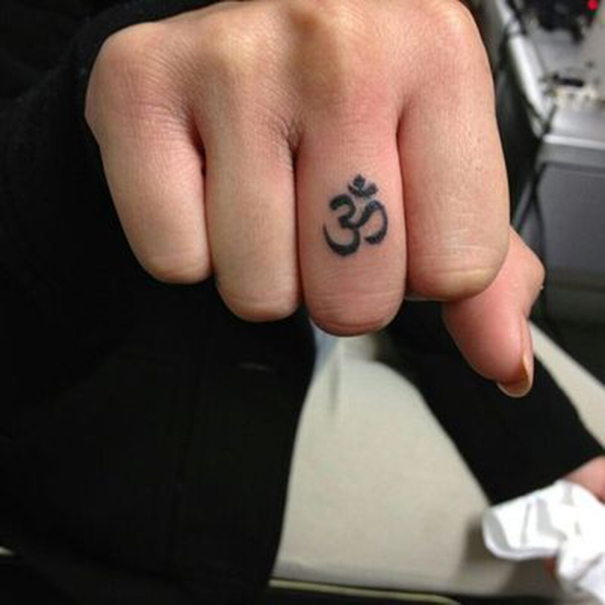 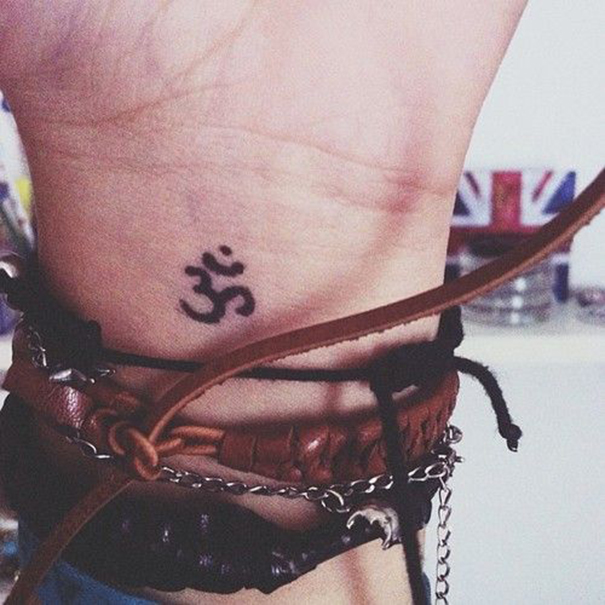 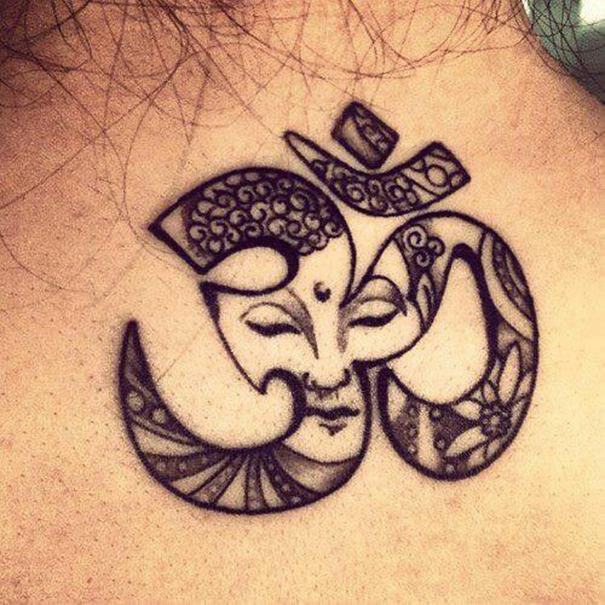 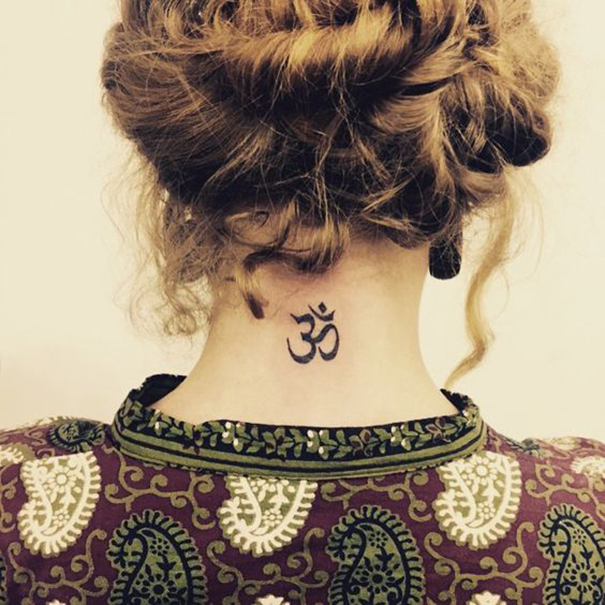 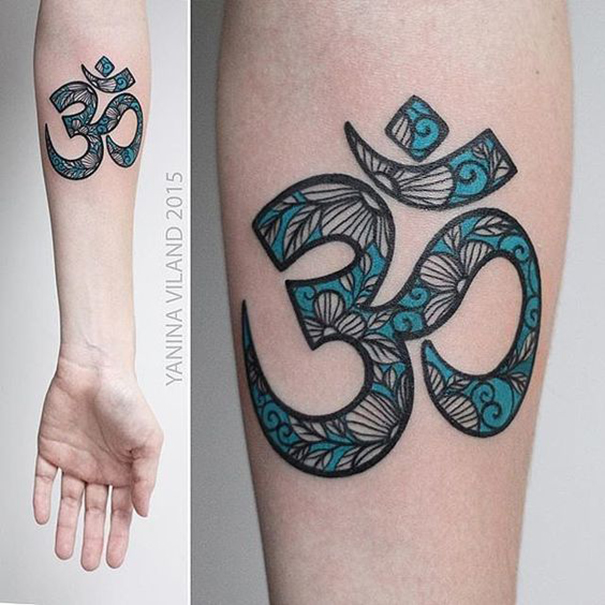 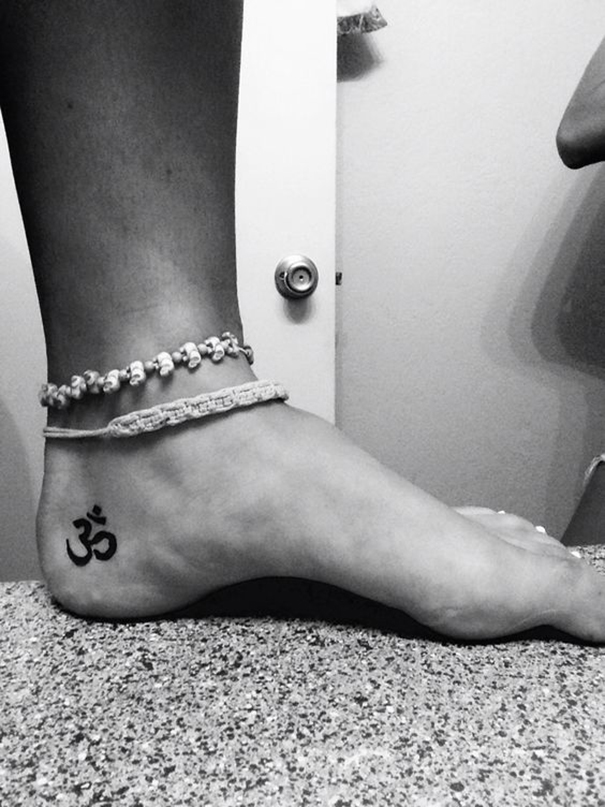 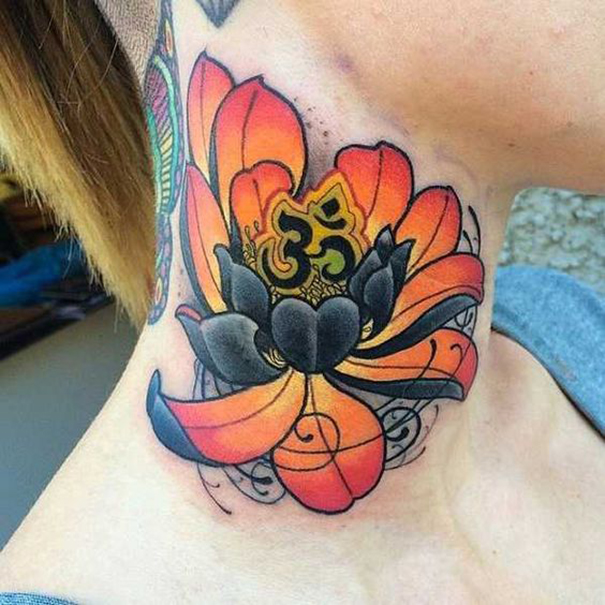 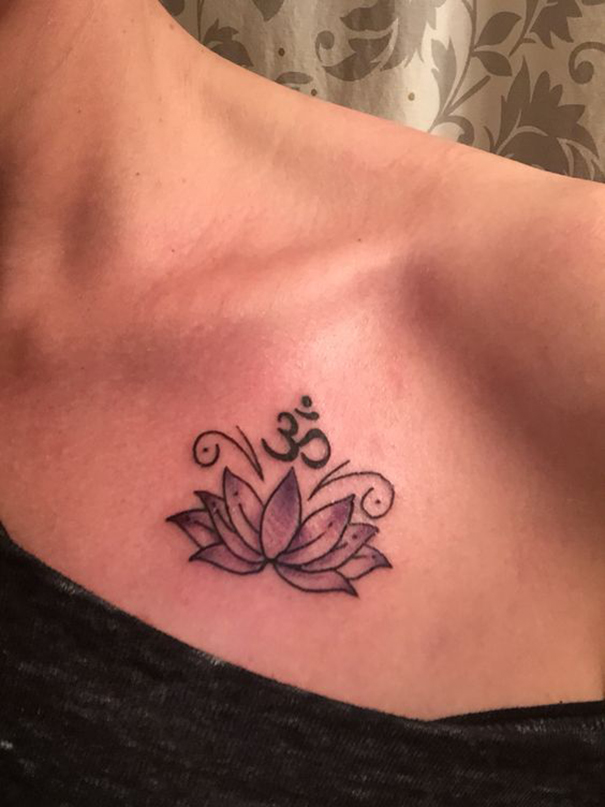 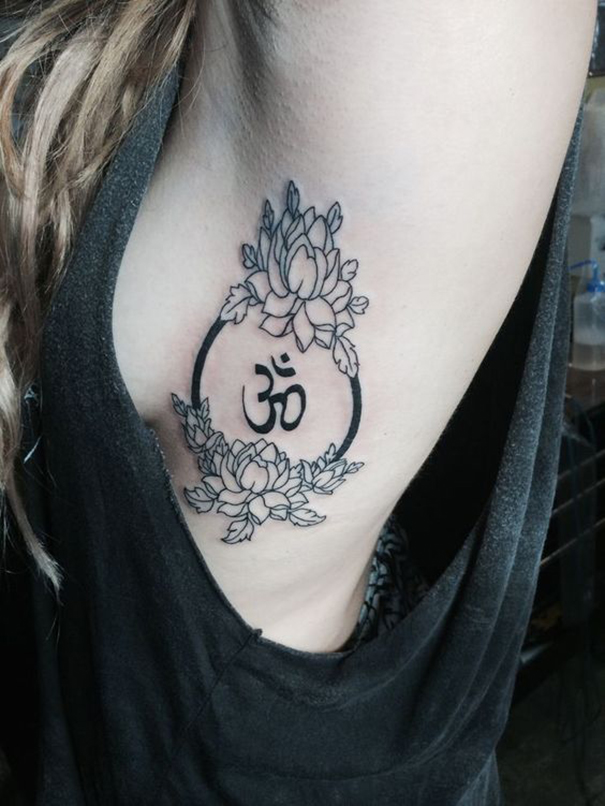