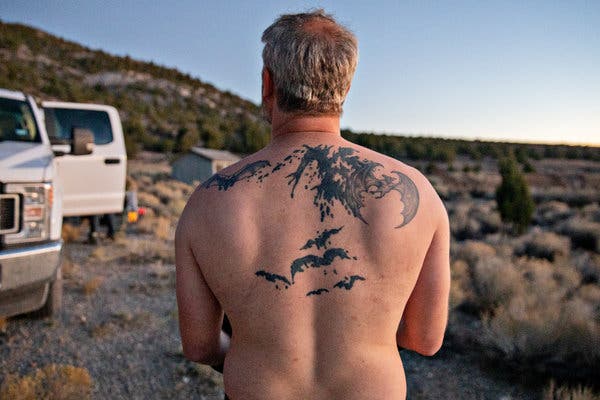 Animal and insects’ tattoos are very popular today especially among those who want to have something really extraordinary and mind blowing. Butterflies, bows and flowers surely look cute but they will never have the similar impact like tattoos of bats, spiders or any other creepy animals. Dare to get one of those cool tattoos of bat and no one will pass by.

Bat tattoos for men are massive and very impressive but for women designs are gentler still they look fantastic. Some facts about bats and tattoos of bats. Bat is part of something dark and mysterious and tattoo of bat has similar meaning. Sometimes bats are even associated with vampires but let’s get back to the roots of mythology and meaning.

According to Greek mythology bat is associated with virgin goddess Diana and had the meaning of fertility. In Christians devils and fallen angels with bat wings. For Americans bat was a symbol of death and rebirth. In Chinese symbolism bat means good fortune. 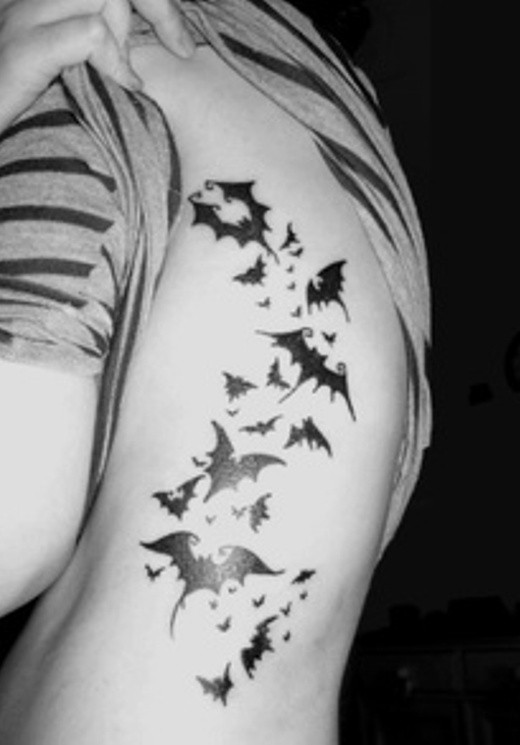 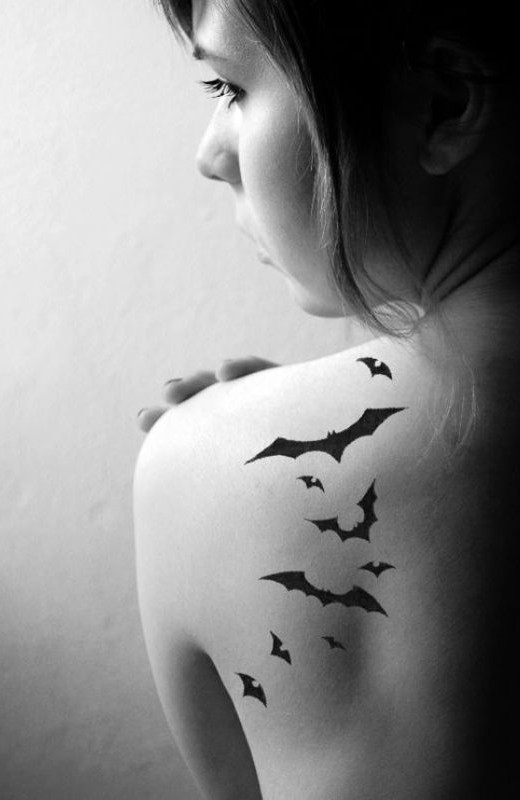 Depending on design of a bat tattoo it can have different meanings. You should be very careful when choosing style of tattoo as well as its shape because it do have power and you should be a 100% sure that you will never regret.

Realistic bat tattoo can be really scary and it will surely have dark and evil meaning of death. Such designs of tattoos are more suitable for men while girls choose modern designs of bat tattoos. 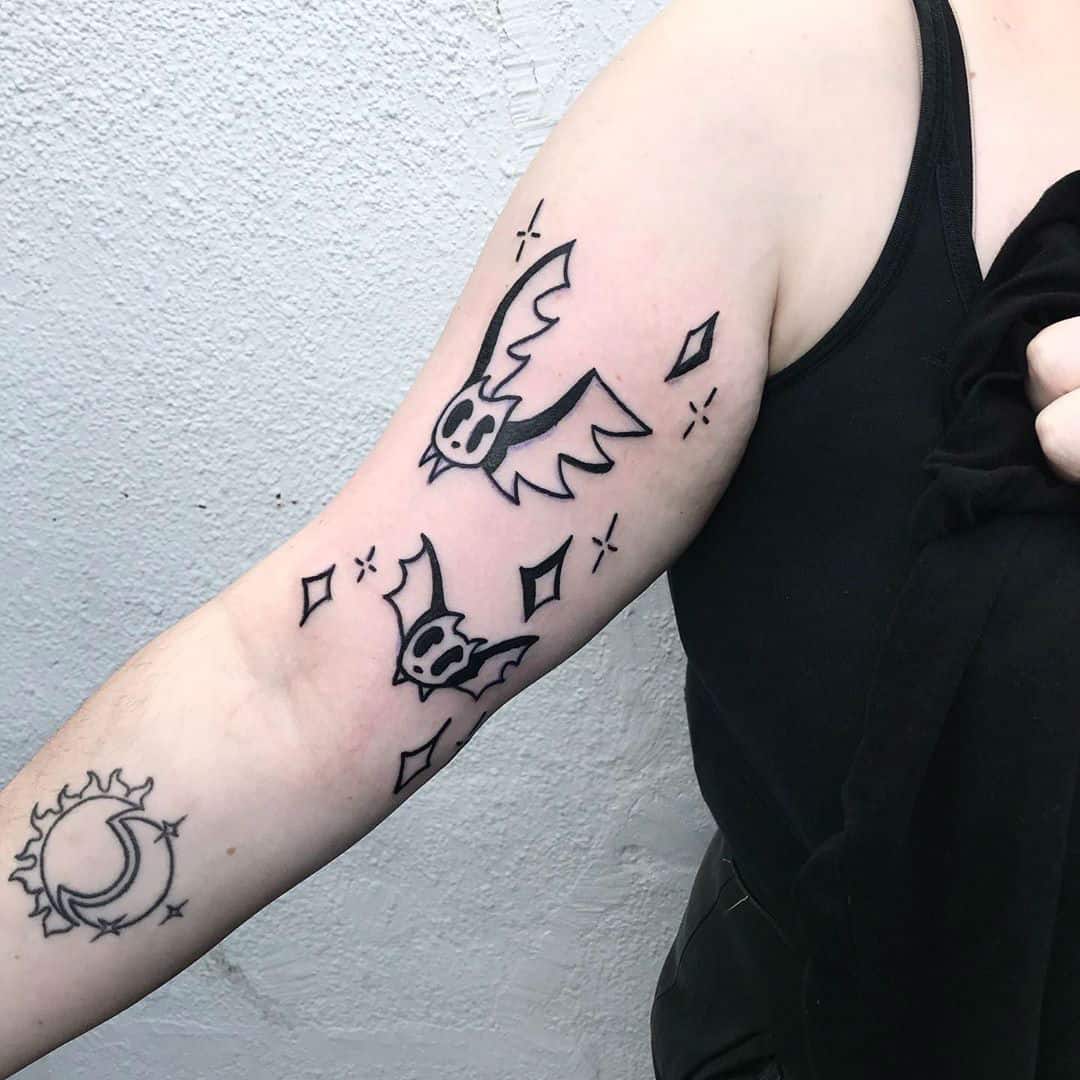 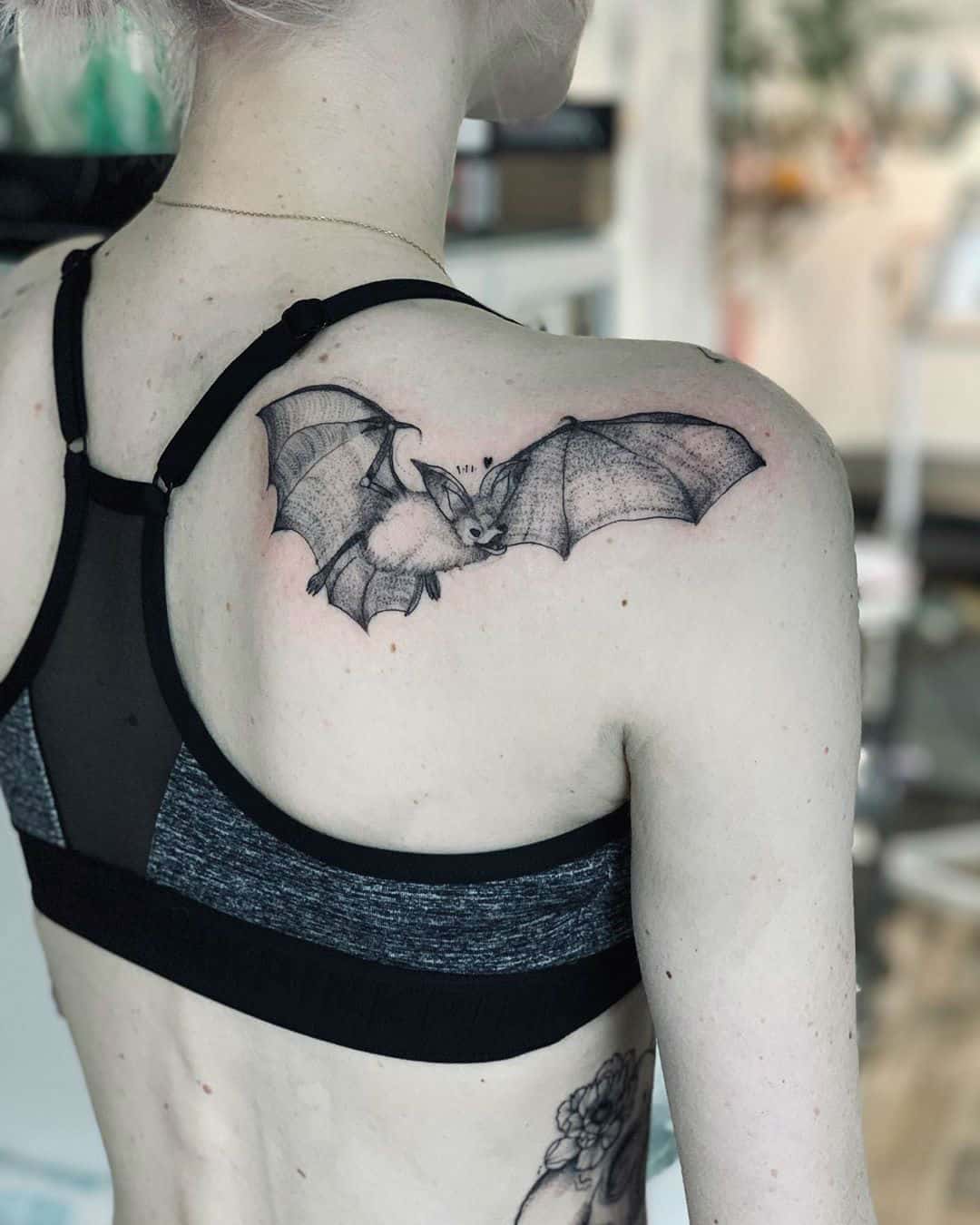 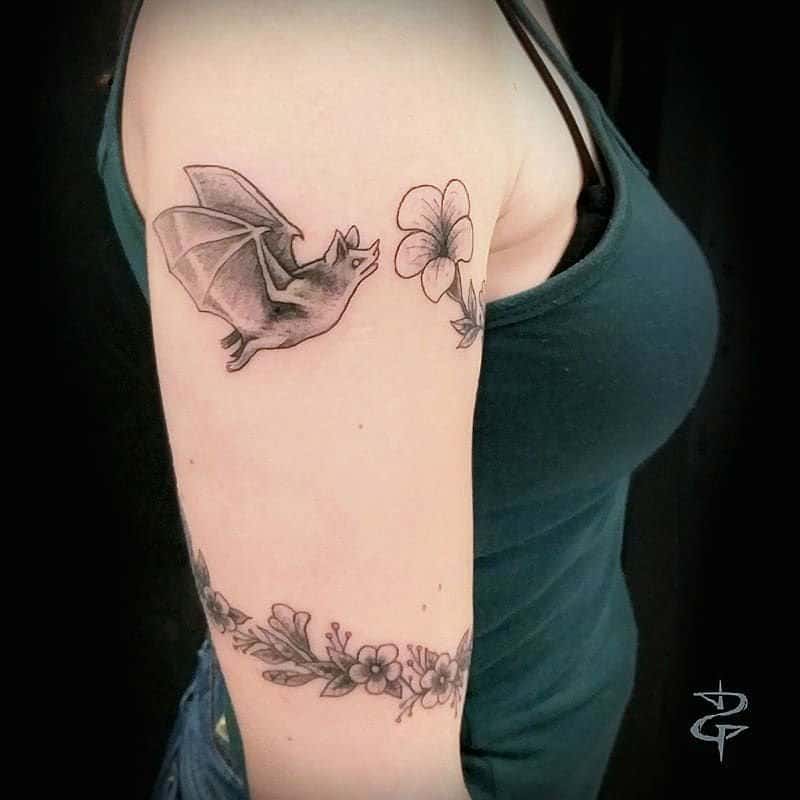 Bat tattoos are made mostly in black and brown colors but if it is realistic design of a bat it can be colorful with bloody motifs. Where to get bat tattoo? Bat tattoo will look smashing on shoulder, nape, rib and behind ear. 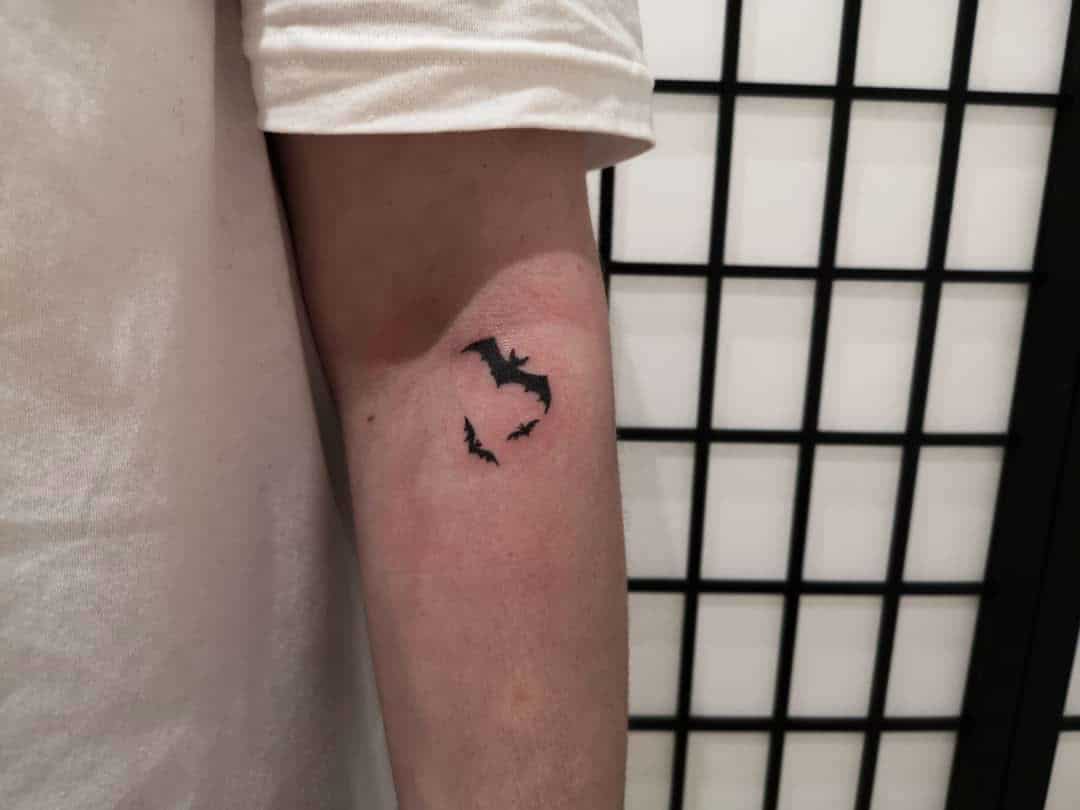 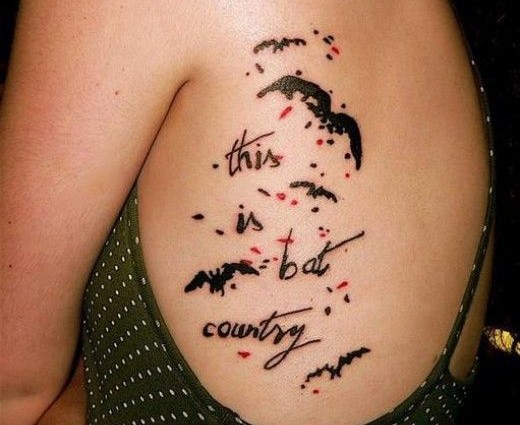 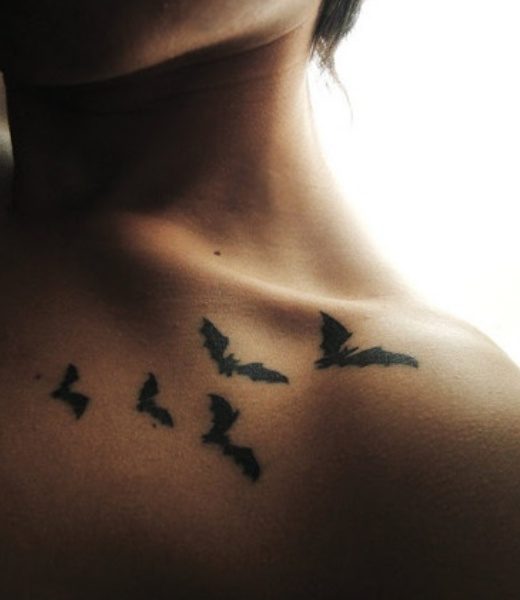 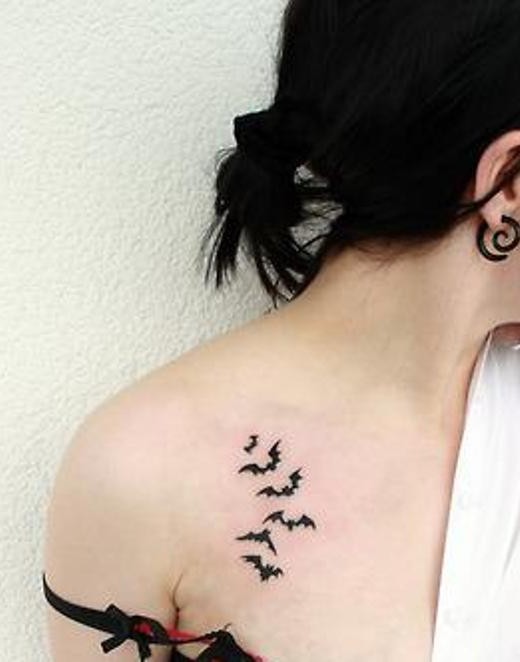 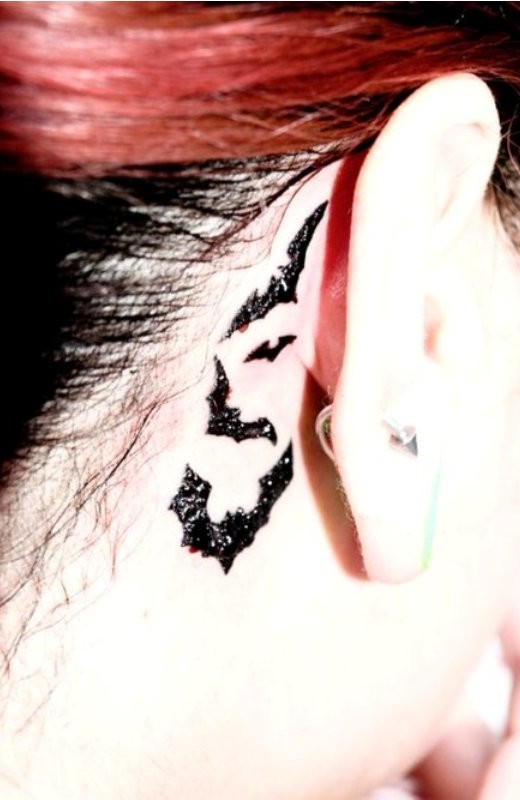 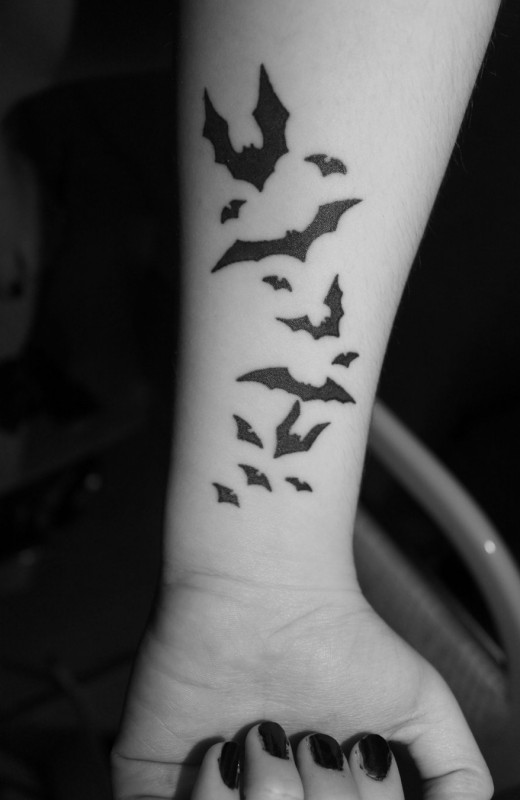 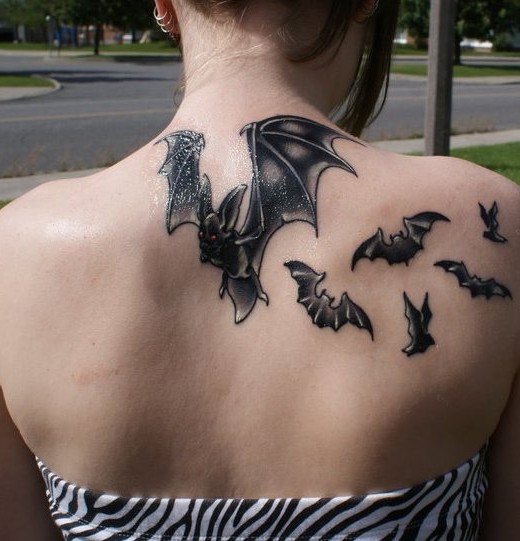 Astonishing Skeleton Hand Tattoo Designs, which will interest you a lot
The skeleton hand generally can have other meanings
0229