The boar tattoo is popular in body art. This tattoo design is only for guys. This design can serve as an amulet for protecting from danger. It can enhance the health and give energy. 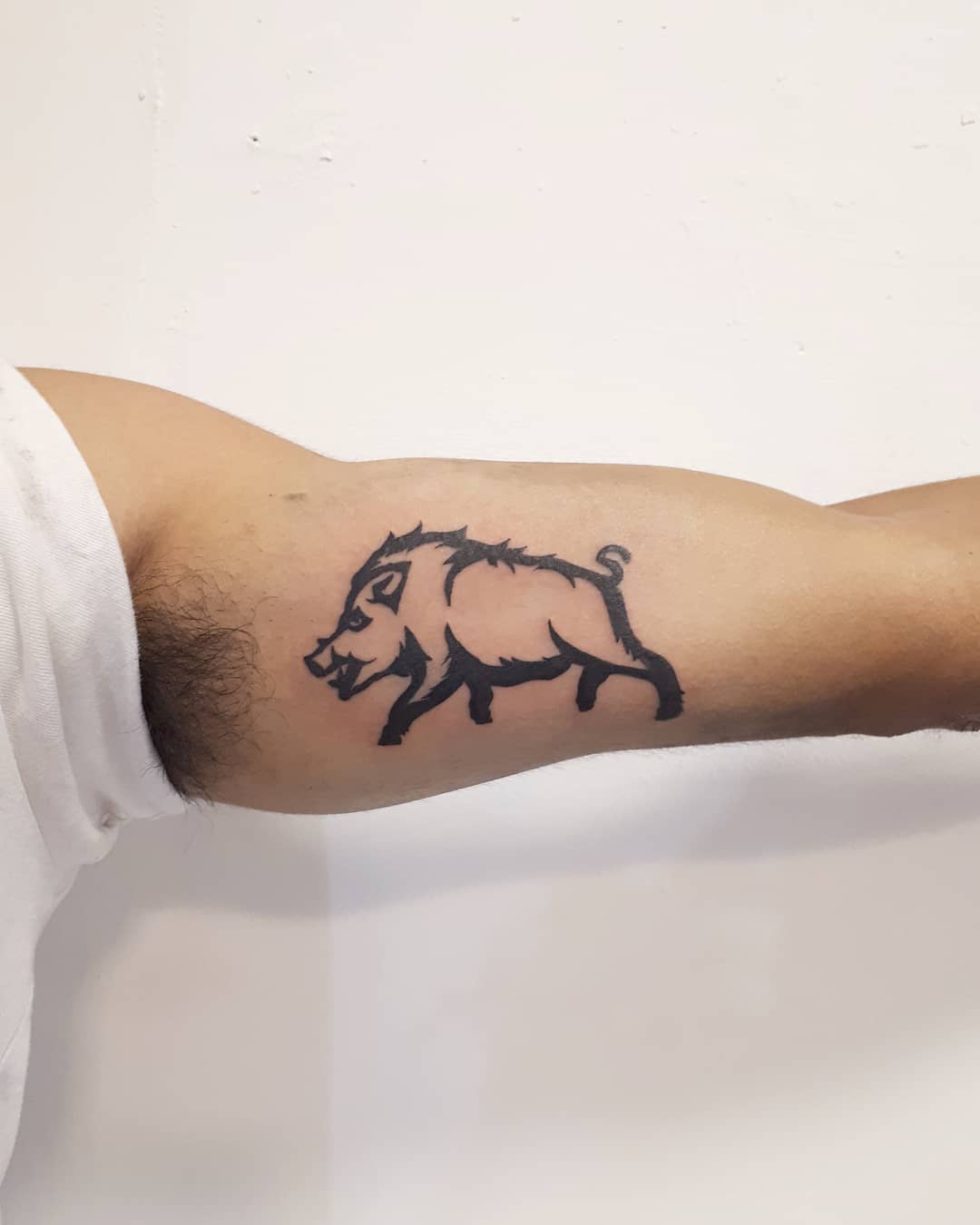 The boar tattoo has many opposite meanings. The image of the wild pig is connected with the battle in some cultures, while in other civilizations it is considered a protector from assault.

In Greece and Rome it is the sign of the deities of war Artemisia and Diana, in Siberia and Japan it is considered a brave and sincere fighter. The Chinese people think that the wild pig is a sign of fecundity. The white boar is connected with the water and moonlight, meantime the yellow boar is associated with the sun. 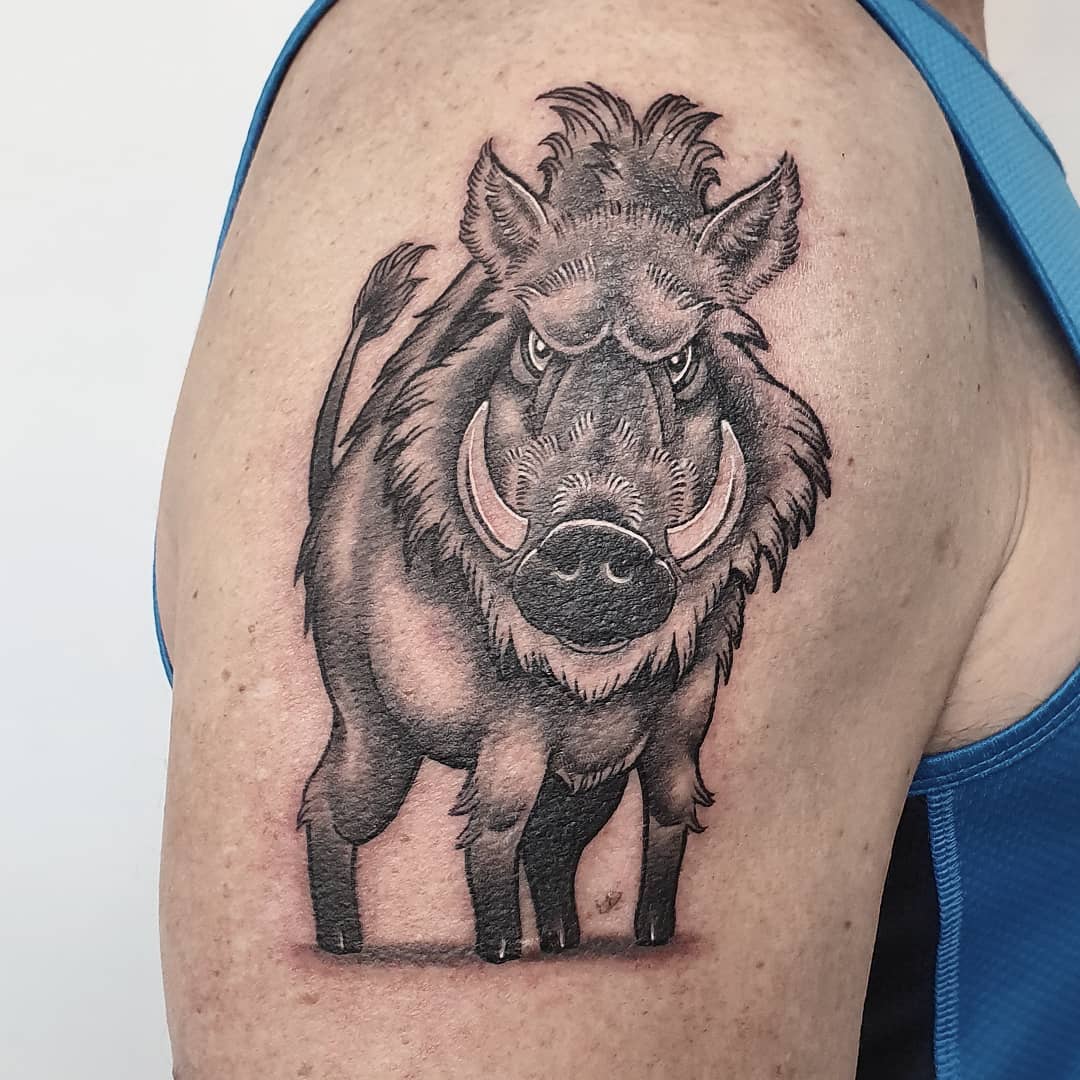 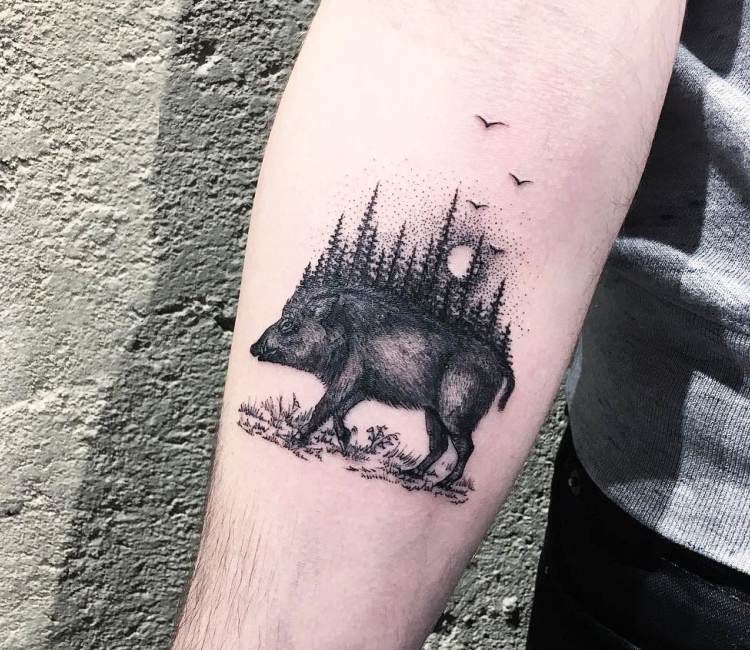 In Christian religion the wild pig symbolizes irritation and hostility. When the guys imprint this tattoo on their bodies, they want to show their courage and aim. This design style also symbolizes tolerance and persistence.

As we have already said, the boar tattoo has contradictory meanings. It can show good and bad things. This tattoo design symbolizes stubbornness. The holder of this design is a brave person and always achieves his goal. In America the wild pig represents masculine power, fidelity and sexual energy. 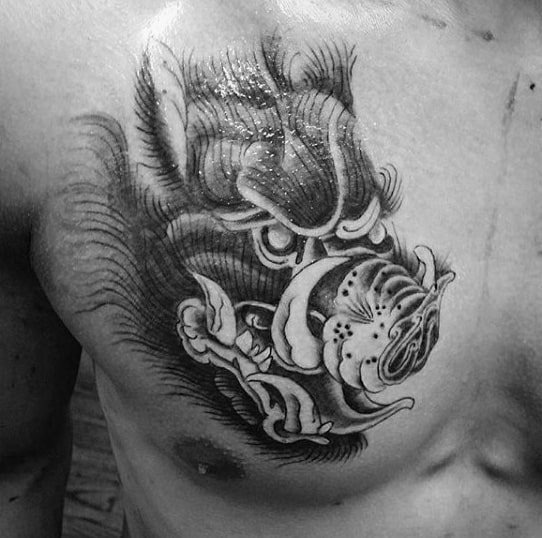 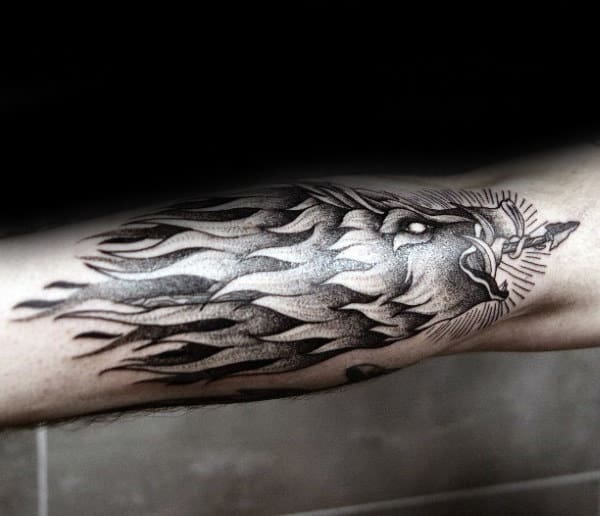 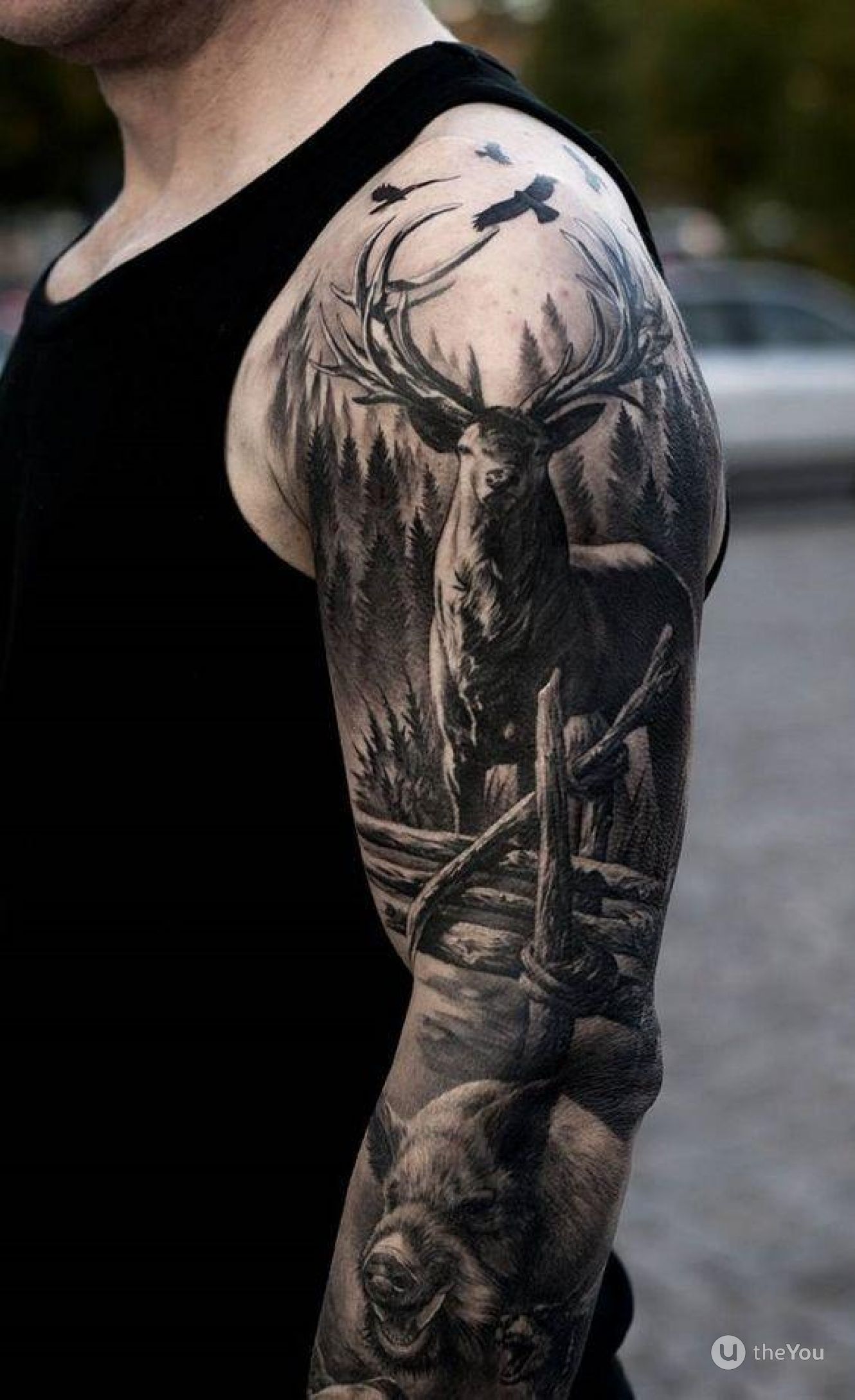 The boar tattoo is also popular among gangsters and has various significances. The person, who is a member of specific group and wants to express his opinion about the public authority, makes this design on his body.

The common places to imprint this tattoo are the shoulder and inside of the forearm. We don’t recommend the women to select a boar tattoo and imprint on their bodies, because in criminal world it shows immoral relationship among women. Here you can find some attractive and cool boar tattoo. 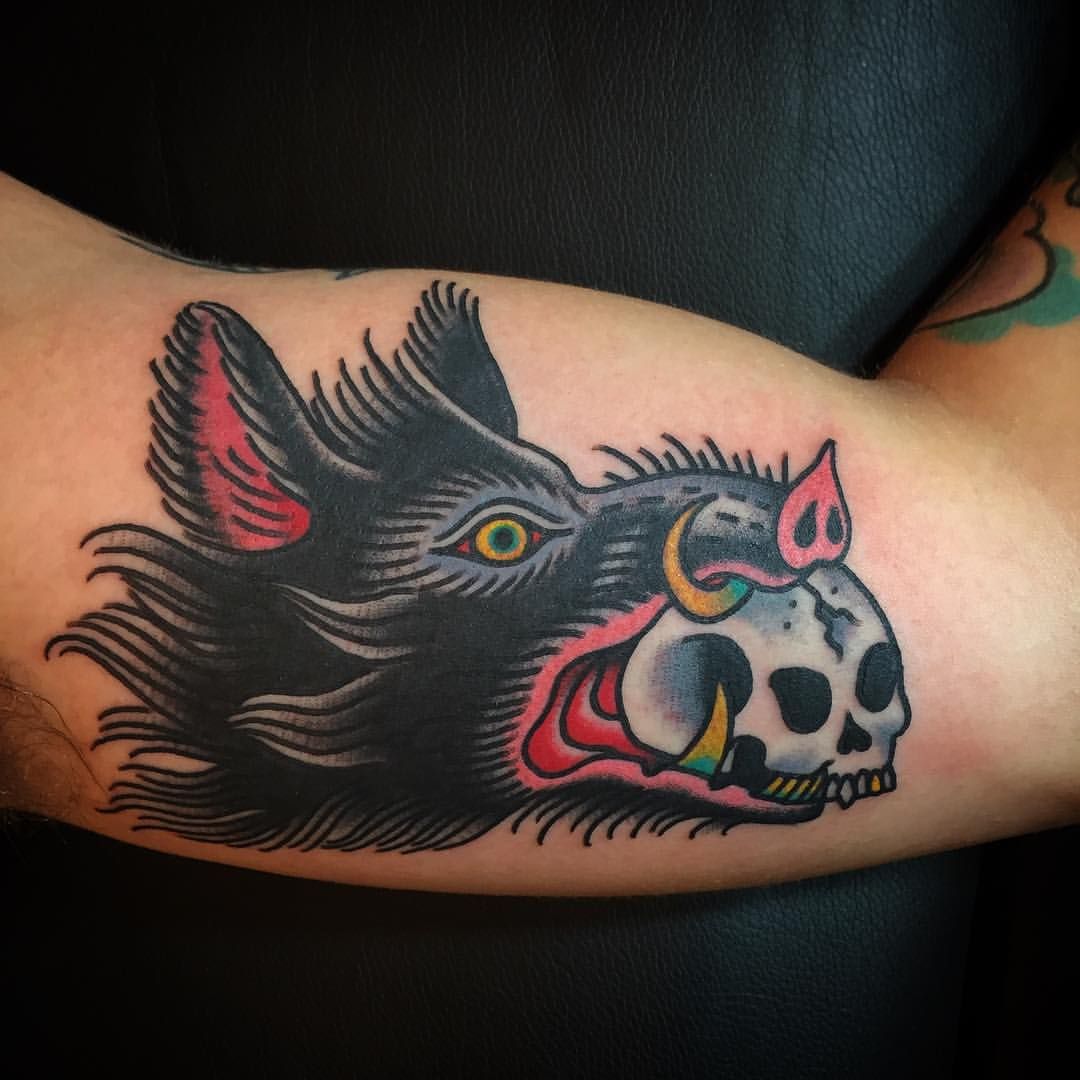 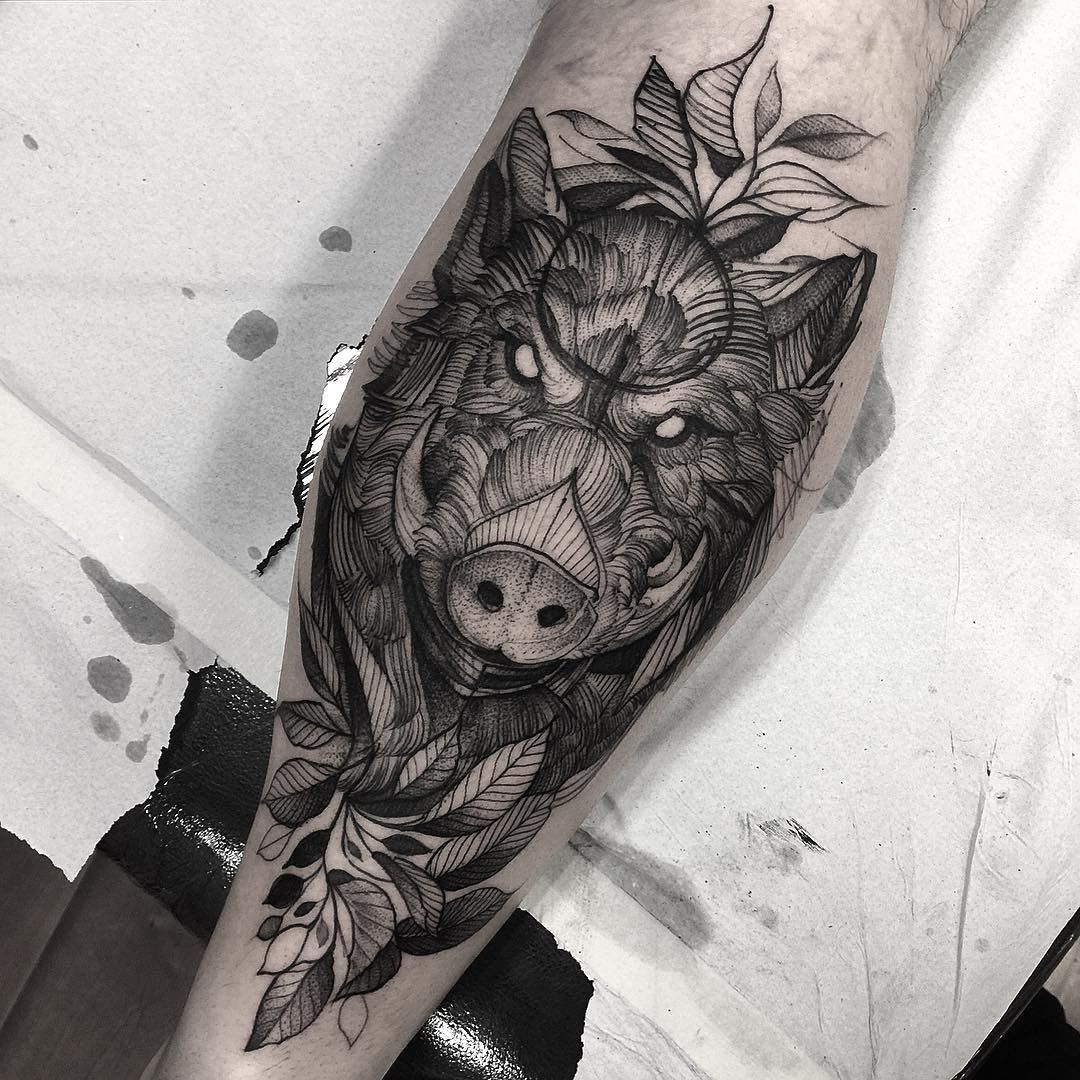 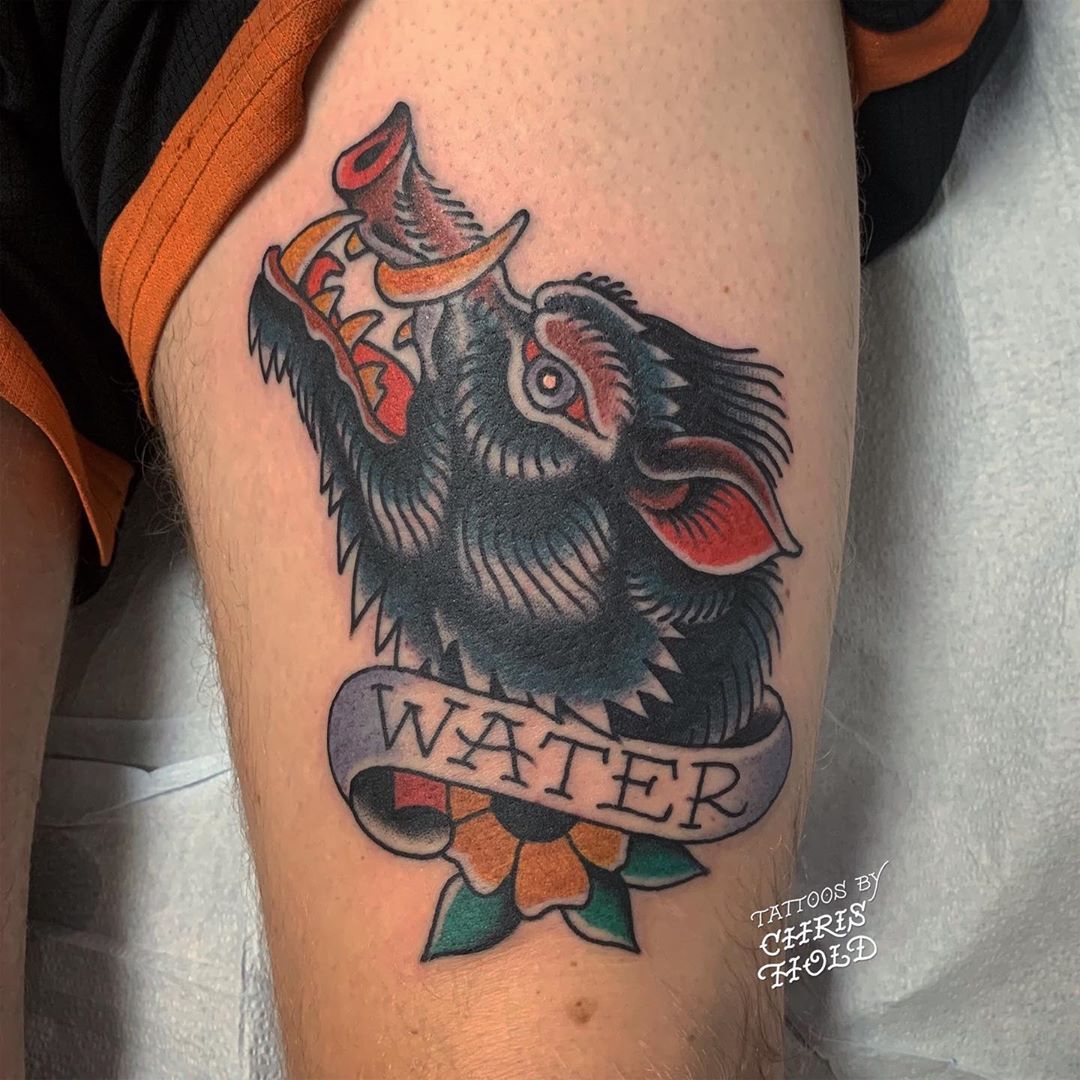 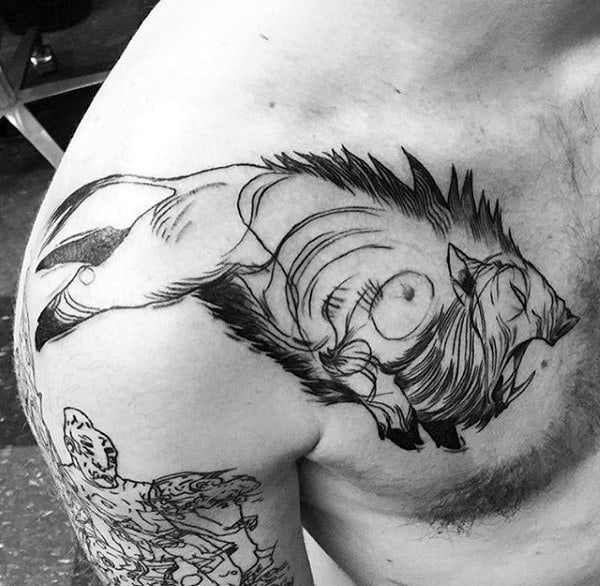 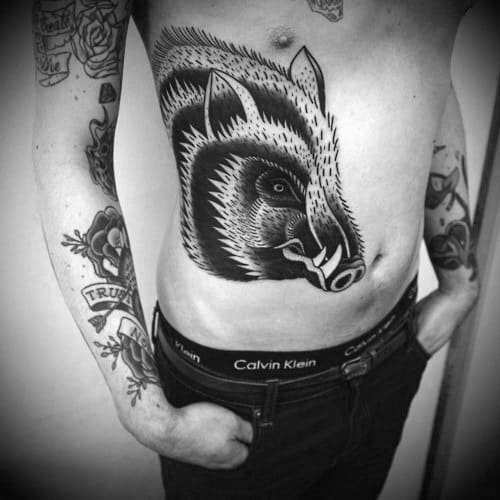 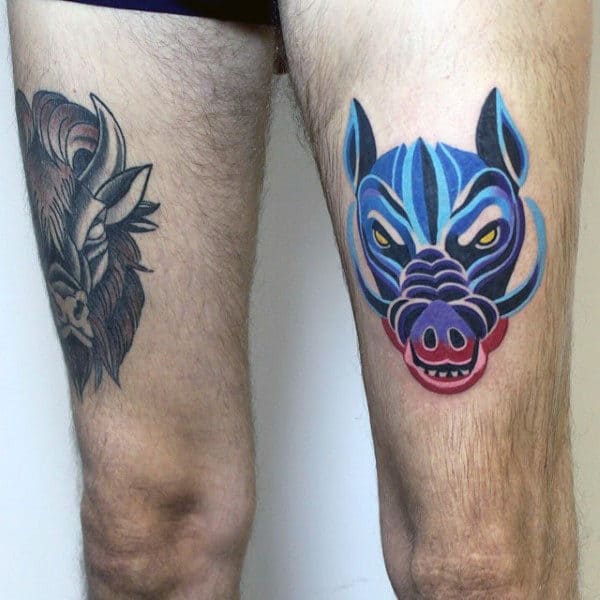 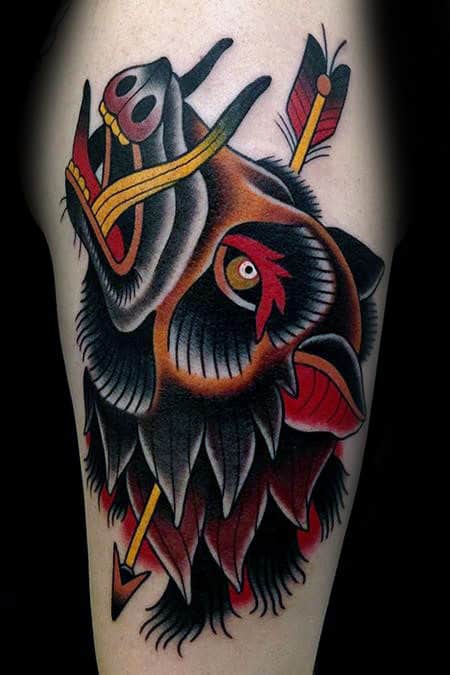 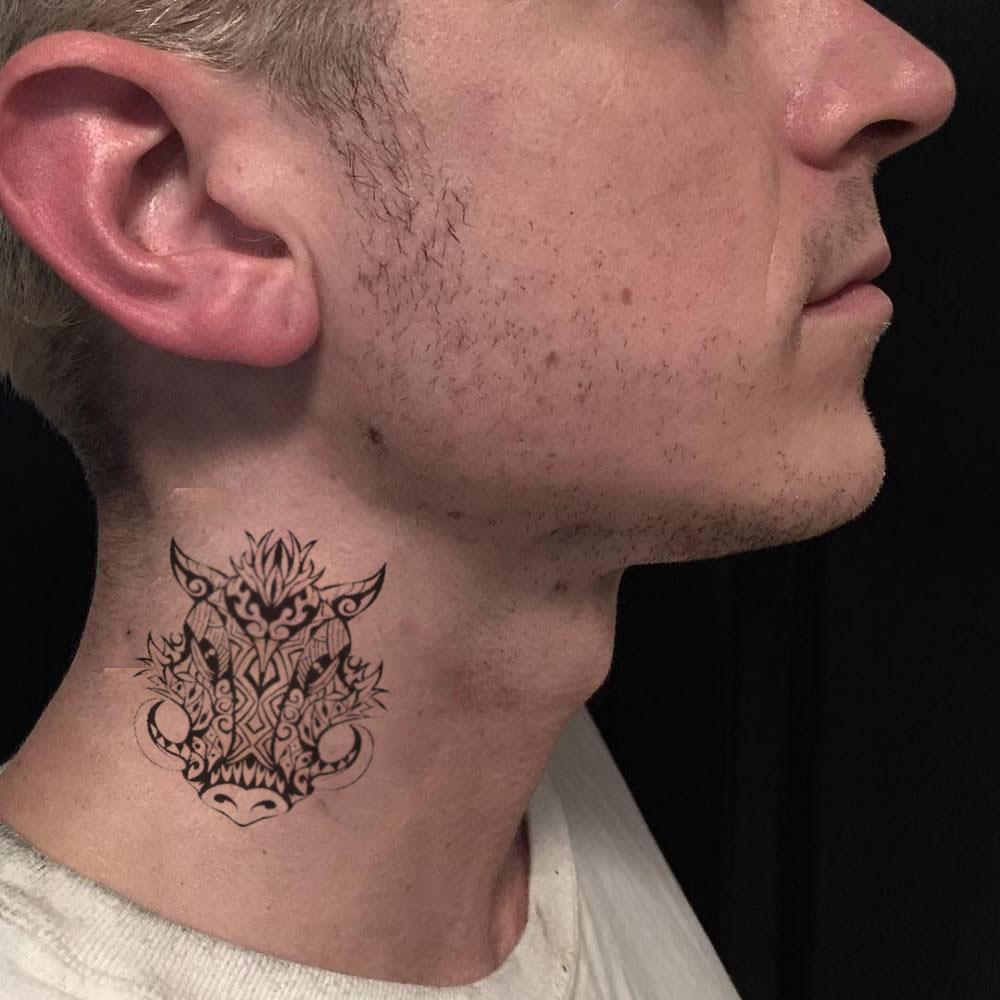 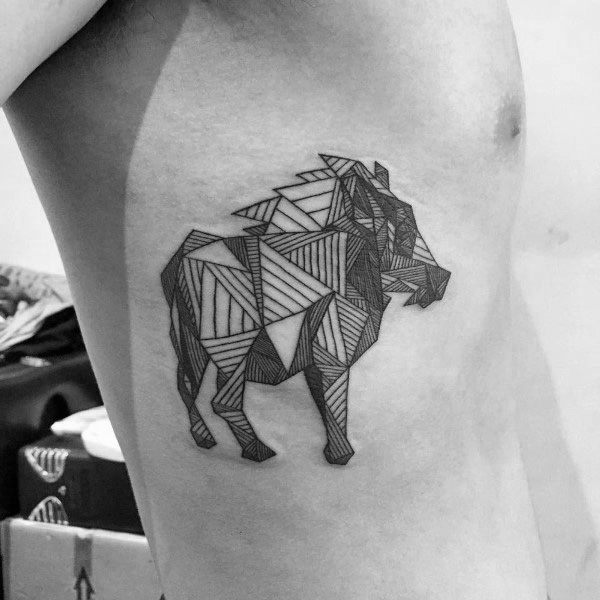 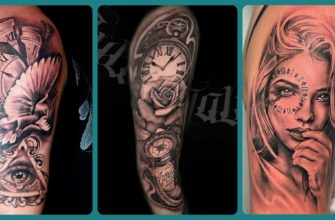 Best Shoulder Clock Tattoos That You Will Like Very Much
Are you looking for the most appealing shoulder clock tattoos?
0177 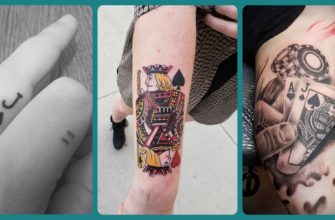 10 Greatest Jack of Spades Tattoo Designs, Which You Will Like Very Much
If you are a fan of a game of cards, then you can imprint
0151 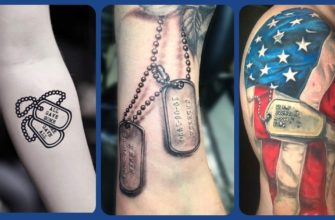 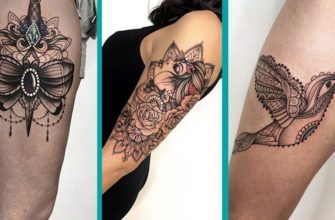 Exquisite Ornamental Tattoos By Adriana Sak
The Poland is the homeland of several famous tattooists.
02.8k. 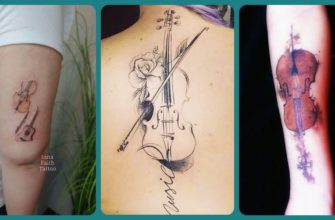 Best Cello Tattoo Ideas, Which Will Blow your Mind!
The cello tattoo is a very attractive design.
0139 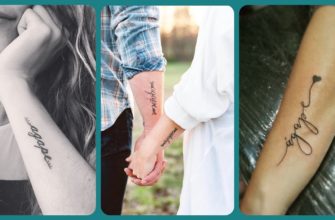 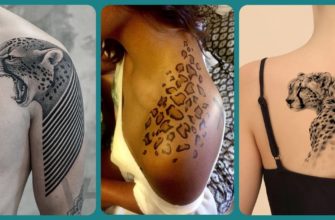 Top 30+ Cheetah Tattoo Designs and Symbolism
Do you know which animal is the fastest in the globe?
0375 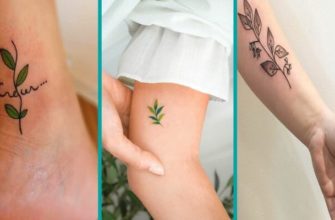 A Small Sapling With A Name: Very Significant Tattoo Design
You can adorn your body with tattoos and highlight
02.6k.